Behind the Scenes at Summerfest with Kate Diaz 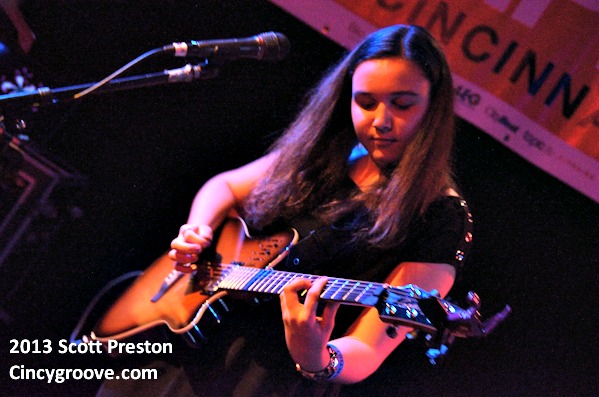 Many non-Midwesterners have yet to be exposed to the massive (900,000+ attendees!), 11-day, world-class festival that is Summerfest. But if you live anywhere near Milwaukee, you know just how special Wisconsin's prime summertime celebration can be. How special? We sat down with Sonicbids artist and Summerfest veteran, Kate Diaz, about her first encounter with this festival that's big on heart, but refreshingly low on hype.

We talked to the 16-year-old, already a veteran of large festivals like Summerfest and Lollapalooza. Here's what she had to say about performing and being at Summerfest in 2012 and 2013:

The sound system was really great, and the U.S. Cellular stage was so cool. I had a dressing room with couches in it, and behind the stage there was a tour bus, and the headlining band was hanging out back there. A Summerfest businessman came by to say hi to me before my show, which was really nice. What's great about Summerfest is that I could walk around the festival the rest of the afternoon and hear so many different bands. It was really cool that people who had heard my show earlier would come up and talk to me and ask to buy my CDs. I also had an interview and played a couple songs in a studio inside a tour bus run by Sennheiser.

What advice would you give to artists looking to Summerfest?

Come early and leave late, and hear as many other bands as you can.

What would you say was the biggest take-away from the festival?

I don’t hear a lot of bands live because of my age, so Summerfest was awesome for that.

When you first started booking shows, what did you look for in a gig?

I was 13 when I started looking for shows on SonicBids, and I applied to every show listed that my parents would be willing to drive me to.

I started 2014 by releasing my new single “Locks,” and I'm excited that it just got into the semi-finalist round of the ISC songwriting competition. Next month I’m going to L.A. on my springbreak to see my grandparents and my older brother who live there, so I got myself some shows there too, and I can’t wait! Now that I have written eight new songs for my fourth live acoustic album, I hope to record it at a Chicago show in the next couple months. I’m also graduating high school this year, and I am very excited for college!