Beyond Capitals: 5 Incredible Smaller Cities to Tour in the South That You Need to Know About 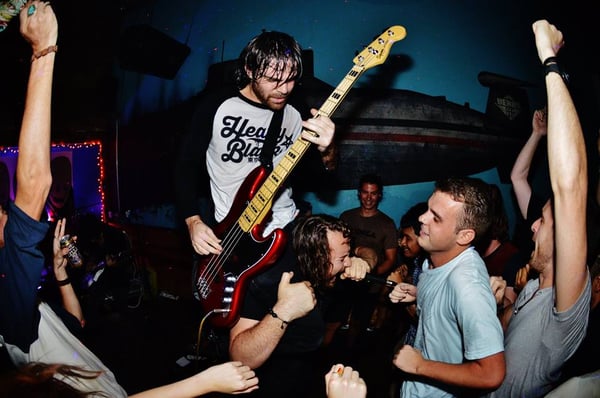 Performing in capital cities may seem like the fastest route to growing your fanbase, but there are so many smaller, less toured spots full of independent music fans that are eager to see new bands perform. And, of course, just because their scenes aren't famously huge doesn't mean they're not flourishing all the same. They are – and they need out-of-town acts to come through, just like anywhere else.

No scene should be neglected because it's more underground or obscure than most – in fact, that's sometimes what makes them especially unique. These five southern cities are all home to thriving independent and DIY music communities that could potentially welcome you with open arms. Check out the list below. 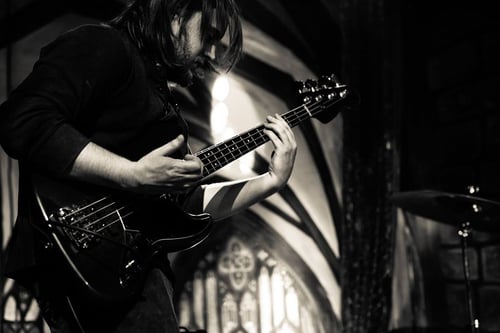 Knoxville Music Warehouse deserves boatloads of props for its dutiful reporting on the area's music scene. Not only does it offer a neatly packaged list of the city's multiple indie-loving venues, but the website also boasts a frequently updated section devoted entirely to new local music, plus another specifically for live show photography, and they also organize shows themselves.

If that isn't enough evidence of Knoxville's well-supported independent scene, then check out the University of Tennessee Knoxville's independent, non-commercial radio station, WUTK-FM, which has plenty of Knoxville sounds in rotation and promotes shows with a thorough calendar of listings.

For heavier, noisier stuff, check out the Pilot Light, a storied venue that's a mecca for local punk, post-hardcore, prog, and related styles. (Don't let the humble layout of its website fool you. The calendar is updated weekly, and there's even an extensive list of press outlets for help promoting shows.)

For a few years now the media have been christening Asheville all sorts of cool: the next Portland, its sister city, or just a generally forward-thinking, growing hub for creatives. Whatever truth there is to those buzzy descriptors, we know for sure the city's independent music scene is booming – and collaborating! Basement shows at the intentionally grimy Slam Dunk House blend together DIY bands from all poles of the spectrum: indie pop, psych rock, hardcore, punk, MCs, freak-folk, and more. There are also clubs like the Odditorium and the Mothlight, both in West Asheville, as well as Tiger Mountain, a go-to for touring punk and garage acts on the rise, supporting stellar local talent as well as visiting independent bands.

Extra tip: there's an Asheville DIY shows group on Facebook that could be helpful in planning a visit.

About an hour from the sacred blues, soul, and rock grounds of Muscle Shoals Studio is the city of Huntsville, which doesn't exactly bear the same pedigree, but still has plenty to offer in the way of superb independent music. The Copper Top Dive n Dine is a staple spot for rock 'n' roll, punk, and garage bands from Huntsville and surrounding areas. Like most venues, they showcase additional genres too – as do other great area venues like the Voodoo Lounge, Humphrey's, and the Furniture Factory Bar & Grill. There's also a great record store – Vertical House Records – that hosts in-store performances.

From the looks of things, there's lots of mingling between bands and artists from nearby cities, like Athens, where the Alabama Shakes are from, as well as Madison and Athens. Consider those areas as well when visiting North Alabama.

One of Savannah's best-maintained independent music blogs is Hissing Lawns, which covers the entirity of the scene, from punk to roots-rock to folk and more. Count that as a reliable guide to the goings-on of the city's best indie friendly venues, like the Jinx and the Wormhole.

There's another great reason for a trip to Georgia's coast, though: the Savannah Stopover Festival. Now in its sixth year, the event has grown to showcase more than 70 acts on at least 10 stages at various local venues. Big-name headliners draw thousands to the area each year; in 2016, they're expecting around 7.5k. In fact, they're looking for five Sonicbids artists to join the hullabaloo this March. Applications must be sent by January 28, so get on it! 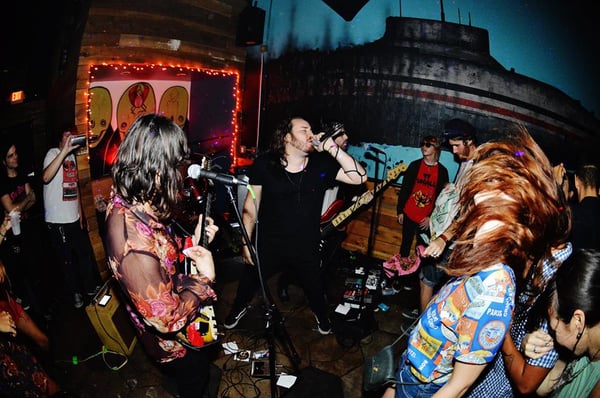 The Bends in St. Petersburg. Photo by Brian Mahar.

The duo behind No Clubs, a storied promotions company responsible for bringing huge acts to Tampa and St. Petersburg for decades, first opened Daddy Kool Records in '85. The flagship was relocated to St. Petersburg years ago, and remains a vital part of the local scene. It's located across from the historic State Theatre, where about 700 people can gather at once to see local and touring bands. Other major players in supporting the local scene are smaller digs, like the Bends and Fubar Downtown, semi-polished dives serving up plenty of rock 'n' roll and punk. There's also the intimate listening room of Hideaway Cafe. Additionally, the area's newest vinyl haven, Planet Retro Records, which opened only about two years ago, is already an important contributor to music in St. Petersburg for its regular in-store shows (and the access to great records, duh).

Like in Northern Alabama, the smaller cities of the Tampa Bay area often work together. Be sure to check out Crowbar and Brass Mug, both located less than an hour from St. Petersburg in Tampa.

Are we missing a great southern city or venue? Tell us in the comments below!