Does Releasing on Cassette Tape Make Sense For You? 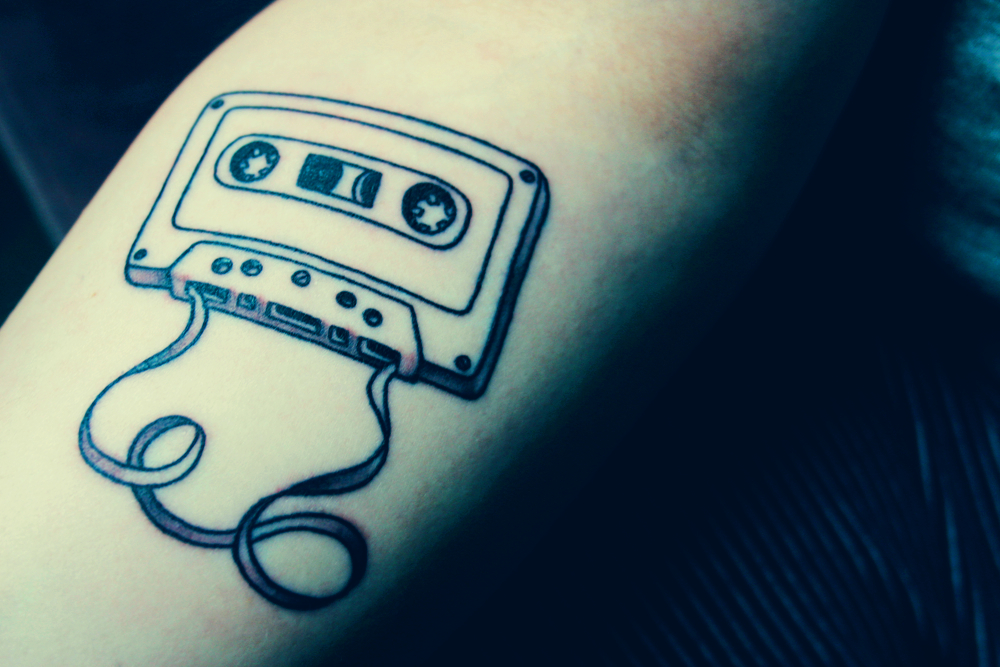 Consider the lowly cassette tape. Even in its heyday, its attributes paled next to the satisfying heft of a vinyl LP and the crystalline reproduction of a compact disc. But the thing is, anyone could make a tape. Never mind the mainstream press' ongoing fascination with the “resurgence of vinyl”—if you really wanna twist the melon of someone not permanently ensconced in our trends, tell 'em you're gonna release your next album on cassette tape.

As of this moment, California label Burger Records is among the most ardent fans of, and prolific pushers of, cassette tapes. There was a brief flourishing of the cassette in the 1990s via labels like K and Shrimper but that was 20 years ago, and nothing like what is happening right now, and especially with Burger. Its catalog numbers more than 300 titles, with an actual manufactured that tops 100,000 individual tapes. The automobile tape-player was the source of a light bulb moment for founder Sean Bohrman.

They're easy to make yourself at home if needed, and there are readily available, inexpensive players and recorders.

“We had a cassette player in the van,” he says. “And, outside of maybe some noise bands and other very specific types of bands, no one was doing cassettes. None of our favorite albums were on cassette. [Labels] weren't taking advantage of the fact that so many people have tape players in their cars.”

Over the past several years the practically forgotten cassette cartridge has reared its head as a go-to format for bands and labels wanting to release music quickly and inexpensively. There's been plenty of reporting already that addresses the “what does it all mean” aspect of the cassette comeback so we're not going into this here. What we're concerned with here is whether this option is right for your band.

Are My Fans Cassette Fans?

It depends, really, on your audience. How well do you know them? Are they the type that would more quickly fork over a lesser amount of bucks for a fairly disposable, somewhat fetishistic merch item or are they married to the digital age? Do they have the patience to listen to an album track-by-track or are they gonna want to skip directly to the song they want? Chances are good that almost no matter what type of music you play there'll be at least a handful that would enjoy, at a minimum, the novelty of getting a new album on cassette. Further, if they've got a cassette player in their car, well, they'll probably sell themselves.

So let's consider a few things.

• Inexpensive to manufacture—duplication prices can run less than a buck each
• Short runs of 100 or fewer are easy to do
• Cassettes are eminently portable
• Practical at times digital devices might not be (e.g. the beach, older car stereo)
• Merchandise easily sold to fans at a much lower price than competing physical items like LPs
• Easy to make hand-made artwork for and individualize each tape in a short run
• Desirable to probably more people than you think

• Will begin to wear out sooner than other formats (become hissy, warbly, etc.)
• Susceptible to heat the same way, although admittedly not as drastically, as LPs
• Difficult to know which song is playing
• Generally feel cheap and disposable
• Limited audience of people who still own (or ever owned) a cassette player
• Owners can't easily convert to digital files (though that could be good if you care about piracy)
All things considered, though, if you're a band or artist operating anywhere in the loosely defined world of underground rock-and-roll (garage, folk punk, twee, indie pop, noise, metal, etc.), chances are good you've got a portion of your audience that would appreciate the cassette. 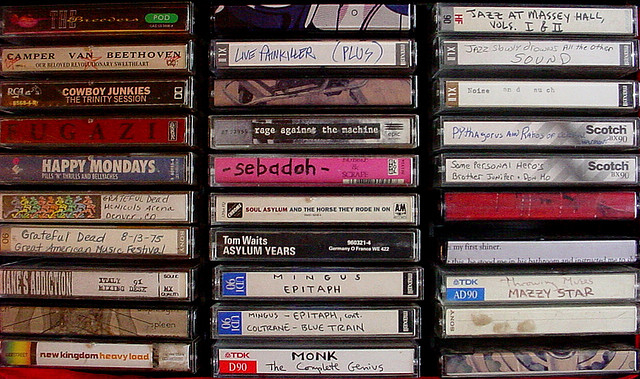 If The Interest's There…

Kris Barratt of the Athens, Ga.-based Klang Tone Records is a lifelong cassette enthusiast who doggedly collected cassette releases from Shrimper, Slampt, Chocolate Monk and K records for years before producing them himself. The idea of making them was personally attractive but, as a label, he speaks completely to their ease.

“[They're] portable, personal, there's a variety of colored tape shells that can tie in with the artwork--much like colored vinyl-- and a quick turnaround by manufacturers,” he says. “They're easy to make yourself at home if needed and there are readily available inexpensive players and recorders.”

When the 7” single surfed a gigantic comeback wave in the 1990s many bands and labels embraced the idea of making hand-made packaging. Barratt is quick to attribute this characteristic to cassettes. “I think most people like the human touch. That 'the hand of the artist' is involved in the thing they receive, he says. “90% of my cassettes are put together and recorded onto the cassettes by myself. I design all of the artwork, cut and fold the covers, apply the labels etc. The other 10% --if I have the money--are made at a plant but then I hand number and personalize them.”

Burger's Bohrman gets straight to the point. “As long as there are interesting bands there'll be interests in cassettes,” he says. Although it always pays to do your own research and shop around if you're interested in navigating the world of cassette duplication Burger Records' recommended manufacturer M2 Communications is a nice place to begin.

With the barrier to entry so low, and the chance of audience interest so high, it seems like the question regarding cassettes may have turned the corner from 'Why?' to 'Why Not?” Happy taping, people.