Get the Guitar Sound You Want: Cheat Sheet for Dynamic Effects (Boost, Compression, and Noise Gate) 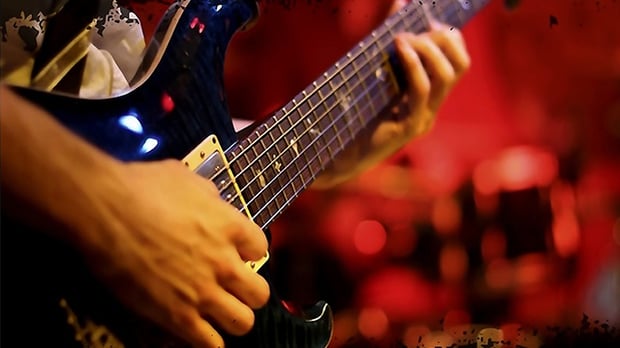 One of the most crucial categories of effects is actually one of the less apparent from the audience perspective. Dynamic effects are often dialed in for the more subtle enhancements, whether it be a slight raise in volume for a lead part or a bit of compression for added sustain. When used properly, these effects can give you that added edge needed for a truly wowing performance.

Let's break down what you need to know about the three main kinds of dynamic effects: boost, compression, and noise gate.

Boost pedals are quite simple in function: they provide a boost in your instrument's signal. Their importance is frequently overlooked because of their simplicity, but they actually can be very effective in creating a dynamically effective performance.

How many times has this happened to you: you're strumming on some power chords at a volume that feels great and well balanced with the band, and then when it's time for you to play a melodic line for the song, you find that no matter how hard you hit the strings, you've lost power. You're struggling to hear the lines you're playing, and there's a noticeable drop from the volume you had before.

Fortunately, there's an easy solution: have a boost set to slightly raise the level of those melodic lines to keep their volumes consistent with fuller chordal strumming. It will give that extra bit of power you need to stay consistent, and will also result in a much more clear melodic sound than that which is provided by heavier picking.

This is a fairly common use of the effect. Use a less subtle volume boost than previously mentioned to put a guitar solo in the forefront of the mix and to assure that every note is clearly heard.

Hitting other effects with a stronger signal

It's important to remember that when you use a volume boost, everything further down your effects chain gets hit with a stronger signal. You can use this to your advantage to push an overdrive over the edge of breakup or raising the sensitivity/harshness of auto-wahs and filters. This technique allows for some creativity on your part, so experiment with putting the boost before various effects and see what you can make happen.

Pete Thorn demonstrates various uses for a simple boost/compressor pedal in this demo of the Bogner Harlow.

A compressor reduces the dynamic range of the input signal. How the compressor does this is determined by a few select parameters.

For the guitar, compression can have a few different functions:

In audio recording, compression is often used on drums to make the ring of snare and cymbals hold out longer. A similar idea is often applied to guitar performance for longer sustain, especially in guitar solos. Some players will even go so far as to activate a compressor only a few seconds at a time to enhance the sustain on specific notes in their lead playing.

Sitting in the mix

Compression can also be used to smooth out your rhythm playing to make it sound more dynamically consistent. This will keep you sitting in the mix better with the rest of the rhythm section, and create a nice backdrop for vocals to sit on top of.

Compression is very commonly used for a classic twangy sort of sound within country and blues rock styles. When dialed in just right, a compressor will add a nice "punch" to your clean tones. The same idea can also be applied to the more rhythmic comping typical of funk music.

Just Nick for Rock N Roll Vintage describes and demonstrates different applications for what exactly a compressor can do for your sound.

A noise gate will cut out any sound that falls below a certain volume, depending on your settings. The parameters for a noise gate look much like those for a compressor. When used right, a good noise gate can be useful in a variety of situations.

This is probably the most common use of a noise gate. Set the threshold slightly above the point where it cuts out the undesired buzzing or humming to eliminate unwanted noise. This also cleans up your signal a bit so that it can be processed with effects more effectively.

Tightening up rhythmic rests and pauses

Setting the threshold a bit higher will assist in cutting out excess sounds that come from hands sliding along the strings, which will make hits and rests in your music sound tighter and more uniform. This should be done sparingly, as higher threshold settings begin to compromise tone and sustain.

Muting your signal between songs

This is a slightly less conventional use of a noise gate, but by cranking the threshold all the way on your pedal, you effectively create a mute that can be activated at times when you're not playing in your set to give you the freedom to move around stage quietly and tune silently using a headstock tuner.

This demo video for the TC Electronics Sentry Noise Gate demonstrates how a noise gate can be applied to your signal in different ways.