Copyright and Your Band: Cover Songs (Part One) 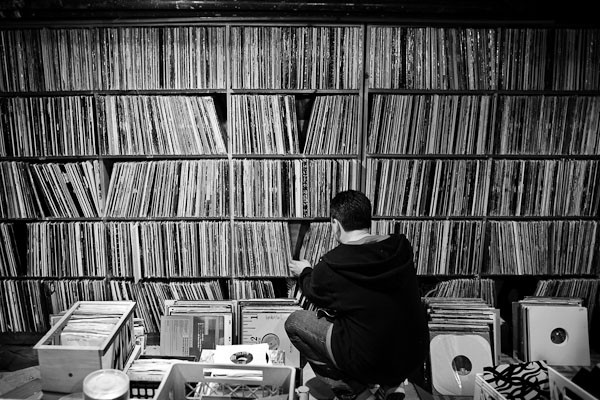 DISCLAIMER: This post is not intended as legal advice, for specific information pertaining to your situation consult an attorney who specializes in entertainment law.

The holidays are upon us and with the plethora of Christmas albums released every year this is a great time to talk about the copyrights involved when you and your band choose cover songs. Almost everyone, from the guys at an open mic night to superstars like The Beatles, perform and record cover songs. Bands sometimes even change the lyrics to suit their personal styles. Covering songs by other writers expands your rep and gives audiences something to hum along with, but performing, recording, and altering songs written by someone else requires copyright licensing, familiarly known as getting permission in exchange for money.

Copyright often remains in effect long after the death of a song’s writers: U.S. copyright protection currently lasts 70 years beyond the life of the writer. Most songs you will wish to perform and record are still copyrighted. Songs protected by copyright earn money for their owners (even after the actual writer has died.) To perform, record, or alter copyrighted songs you and your band will need to seek licenses from the song owners, and/or the publishers and agencies that administer their copyrights.

Suppose you and your band decide to perform a holiday show including Irving Berlin’s classic song “White Christmas.” Although Berlin died in 1989, the Irving Berlin Music Company owns and administers the rights to his music. Because “White Christmas” is still copyrighted someone needs to have a performance license for the cover song to be performed.

Lucky for you performance licenses are usually obtained by the performance venue. Restaurants, clubs, concert halls, and stadiums purchase blanket licenses from Performing Rights Organizations (PRO’s) including ASCAP, BMI, and SESAC to allow them to perform songs written by PRO members. For more on PRO’s and performance licensing see Copyright and Your Band: PRO’s collect money! The performance license ensures that songwriters, lyricists, and publishers get paid when their songs are performed. If a venue tells you not to perform cover songs its probably because they do not have a performance license.

Make sure you or the venue have a performance license from the PRO’s or do not perform cover songs (there could be legal consequences if you don’t have a license!) If your venue does not have a performance license you can obtain one directly from the PRO that represents the song/songwriter you want to perform. Use ASCAP’s Ace Search to find out who most songwriters are affiliated with (even many who do not belong to ASCAP), then contact the appropriate PRO to request a license. Visit ASCAP, BMI, and SESAC for details on purchasing a license to perform music by their members. You only need to purchase a performance license if the venue does not already have one.

Congrats, your holiday show was a hit! Now you want to record your first Christmas Album for your adoring fans (including lots of cover songs of course!). In order to record any song you need to get a mechanical license; this gives you permission to mechanically (or electronically) reproduce and distribute copies of a song.

After an initial recording is made and publicly distributed, U.S. Copyright law allows anyone to record any song for a statutory rate . Basically you can record a John Lennon song as long as it has already been recorded once, and the fee will be the same for any song you choose from Madonna to Elvis to someone you’ve never heard of. However, if you discover a long lost Lennon song that has never been recorded before, then you will need to negotiate permission and a fee directly with the song’s owners. The rule of thumb is, if you’ve heard it on a CD, LP, or iTunes, then you can cover it and pay the statutory rate.

The current statutory rate to record a song (highest fee legally allowed in the U.S. for a previously recorded song) is 9.1¢ for each copy made of a song that is 5 minutes or less. Longer songs have a rate of 1.75¢ per minute for each copy. Harry Fox has a complete explanation of statutory rates.

If you record a 10-song album of cover songs and each song is 5 minutes or less, then you would have to pay 91¢ for every copy of the album that you make (10*$0.091=$0.91). If you order 1000 copies of the album it will cost you $910 in mechanical licenses. When you consider alternate methods of distributing your recording the rates vary: interactive steams (such as Spotify) enjoy the statutory rate of 1¢ per copy, and ringtones are 24¢ per copy.

(End of Part One. Stay Tuned for Part Two.)