A Sample 12-Week Plan to Promote Your Next Album, DIY Style 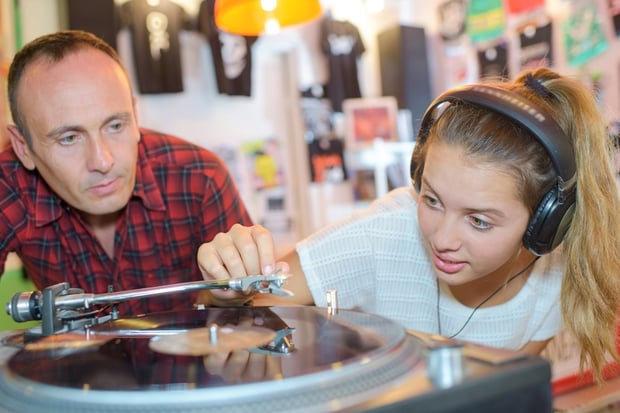 Every band knows that getting the attention of the media can be very helpful in growing a fanbase and making it, but not everyone has the money to hire a publicist. Sure, I’d suggest you go that route if you can, but I also understand that it’s not always an option.

If you’re going to promote your upcoming album on your own, there is a lot of research and planning you should do before you begin. I recently spoke with Jessica Johnson, a project manager at Vocativ who works on album campaigns, and she had a lot of good advice about when certain things need to happen to properly promote your album.

One of the first things you should do is pitch the first song, which seems pretty obvious, but there’s more to it than that. This can be the official first single, or perhaps a promotional single. These terms aren’t terribly important if you're just starting out and have a small (but growing) fanbase, and you can take them seriously or not. Launching the first single is probably your best bet, as that’s the song you’ll want to invest the most time, money, and effort into.

Reach out to media with an initial offering from the album and see if anybody wants to premiere it. Usually, outlets want at least 24 hours of exclusivity, but you can work that out on a case-by-case basis. To be clear: the song should debut during the first week of the official campaign, so you might have to start pushing it to writers a few weeks prior.

If you go with the official single as the first piece of music released from the album, you should be almost ready to share the video as well. The official music video is another great item that outlets like to share, and they will potentially be even more interested if it is connected to a proper "single." The visual treatment will also help spur sales and streams of the first song, which will likely still be gaining ground and working its way to blogs and listeners around the world (if all is going well).

Weeks 4-5: another track from the album

Johnson suggests sharing an additional piece of content every two weeks or so before the release of an album, as it keeps stories coming and fans will have new music to get excited about as they get ready for the record. This would probably be a good time to release a second song from the album. It doesn’t have to be an official single, as you’ll probably want more time to continue to promote your first one, especially if the video has just been released a few weeks prior. You shouldn’t skimp on promoting something that took a lot of resources to create, like a music video, but at the same time, you need new material to stay fresh. It’s a balancing act for sure, but whenever you release new tunes, your fans will surely be happy, and that’s the most important part of this.

At this point, you will have two or three songs out, and a music video. So, should you then promote another new song, or go another route? Live versions, acoustic covers, and remixes are all great ways to keep buzz growing for a song that you’ve already released, but that still has plenty of life left in it.

"We really emphasis doing remixes, because those chart really well on Hype Machine," Johnson explained, saying that rankings on the blog aggregator can be very important.

We won’t get too much into radio here, since that can be an entirely different conversation with its own calendar altogether, but I think it’s worth noting that four weeks out from the album’s street date is a good time to send the music to college stations. You can mention in the release you send them which one has a video and is the single, but don’t worry too much about it. Why? Johnson says that college kids "like to be their own A&R person," and they often listen and pick their favorites anyways.

It’s getting close to the actual release of the album, and if you’ve been able to stay on course (which, in reality, is highly unlikely, so don’t feel too bad if things got a little bit messed up), this will be your last new piece of content before the album is made available. It’s entirely up to you what you want to release here, but try mixing things up a little bit. If your album is mostly acoustic, try sharing a slightly louder track. If you last sent out an acoustic version of the first single, why not try a remix? It’s fine to keep promoting the first single, as long as you do so in interesting ways.

Week 10: send it to the stores

If you’re doing this all on your own, this is the point when you’ll want to send your album to streaming sites and online stores. The best way is to work through a partner like CD Baby or TuneCore, which will automatically distribute the music to all of these places at once on a certain date. You typically only need a few days for it all to be approved, but it’s better to leave more time than less.

The week before the album is actually out, you should be premiering it with a pre-arranged press partner. It’s tough to nail down when you should be pitching this or have it secured, as anything related to press can happen at almost any time. You should be pitching throughout this entire campaign, but with certain targets in mind that you're communicating clearly. You can send out the album weeks before it’s out, but tell everybody when it officially drops and when you want them to premiere it.

One week of exclusivity is a great window, and full albums are often a very juicy piece of content that blogs like to say they had their hands on before anybody else.

Release the album and tell all your fans to listen to it as much as they can!

This is the week after the album has already come out, so hopefully you got some good press and the play counts are adding up. Oh, and maybe a few people purchased it?

A week or so after the record has dropped is when you should release a second music video, perhaps for a second single that's out at the same time, or one of the songs you released before the album premiered. Again, there is no perfect or exact way to do this, so it all depends on which route you went. Either way, Johnson says that when she and her team are working with artists, they "typically won’t release the second video until after the album is out," as it’s a really valuable piece of content.