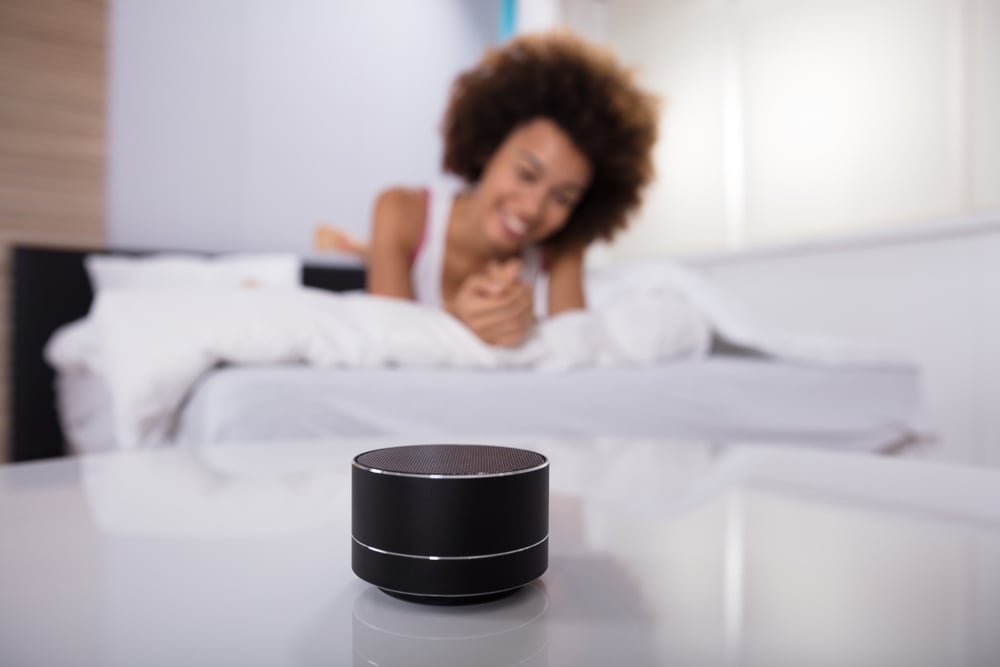 Ever since Amazon announced their smart speaker, Echo, at the end of 2014, this niche industry as quickly climbed. Other companies started releasing their own smart speakers and, now, most of your music-loving, middle-to-upper-class friends probably have one sitting next to their vinyl record player.

This is good. It made it easier for music fans to listen to any song they wanted with a quick vocal command. But it’s also affected the music makers. Here's how and what you should know about smart speakers as an artist.

Smart speakers, CEOs, and your music

You know how you want to play a song and you just can’t think of the title? It’s on the tip of your tongue, but something pulls it back down your throat.

That happens to everybody, including your fans.

This becomes a problem when someone who’s using a smart speaker (like Alexa, Echo, or Google Home) wants to play your song but can’t think of the title. They could do a quick Google search, but most likely they’ll just move on to another song.

This is the nature of voice-activated speakers. And for musicians, it’s both good news and bad news.

“The amount of traffic there is with [smart speakers] is incredibly compelling,” says CEO and Chairman of Universal Music Group Lucian Grainge.

On the other hand, he points out that if people can’t think of the title, they literally can’t play the song from their speaker.

“Our experience is people can't ask for a song when they don't know what the title is,” he says.

Grainge goes on to say that, as a songwriter, you should make sure your hook is your title. He used the example of “How Much is That Doggy In the Window?” No one forgets the name of that song.

[Songwriting 101: Here's the Simple Secret of 'Hooky' Songs That You've Never Noticed Before]

“If you've got something that is a brand, is a soundtrack, is a song where the title is in the chorus and the melodies, we're seeing really explosive data and activity,” he says. “That helps us in the creative process because it enables us, with the data and with consumption, to use the technology to say to the talent, you need to have something as basic as the song title in the chorus.”

Need. Is that too strong of a word?

Why you shouldn’t change how you make music

Okay, so let’s think about this: Should you change your song so that it performs better via smart speakers? Isn’t this letting “the man” decide what should and shouldn’t be art?

Here’s what I would say: Don’t let a new technology change how you create music. Who knows, maybe that technology will be gone in 10 years and a new one will have replaced it. When making music, you’ve got to go with your intuition, what you think your song should be saying or what the title should be.

That being said, putting the main lyric (the catchiest part of your song) in the title in some form is a good idea. Not because of how smart speakers work but because doing so usually conveys the main idea of your song.

For example, what if the Beatles called “Let It Be” something else, like “Mother Mary Comes to Me” or “Whisper Words of Wisdom”? Those are lyrics in the chorus, but they don’t get across the point of the song. The song is much more powerful with the title it has.

So, yes, usually the hook is also the title of your song, but don’t make it the title because of a smart speaker. Title your songs whatever you want and whatever fits.

You should decide how you want your art to come across, not a machine or algorithm. Alexa, Google, and Amazon don’t have the final say over your music.

Do you agree? Do you plan to change the way you write music because of smart speakers? Let us know in the comments!