Yes, It's Possible to Go on Tour and Still Keep Your Day Job – Here's How 14 Musicians Do It 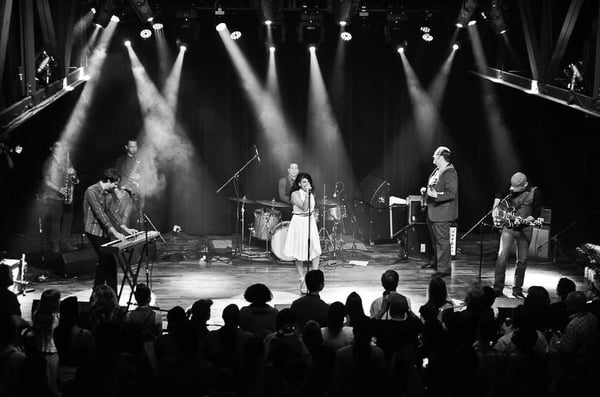 Atlanta musician Ruby Velle (center) refers to her non-musical work as a "bridge job" rather than a "day job." (Image via facebook.com)

Not everybody can afford to quit their day job to be a full-time musician, but that's not necessarily a bad thing. There are fields and gigs that can actually benefit your music career – or at least generously accommodate it.

I asked musicians in my Facebook network what they do to earn money besides playing music, and the responses were incredibly varied and, even more surprisingly, very few viewed their jobs negatively. Sure, a lot of them would rather play music for a living than not, but that want is somewhat assuaged by having found work that's either fulfilling, helps their DIY band efforts in some way, allows for time off for touring, or all of the above.

Whatever your employment siutation may be, the way you perceive it can change its effect on your music-making. Instead of calling it a day job, Atlanta musician Ruby Velle opts to call non-musical employment a "bridge job." We like that.

What's your day job or "bridge job"? Share it with us in the comments below!