5 Guitars You Should Never Buy

Maybe your first guitar was grossly inadequate, and everything about it was blown away by the next instrument you bought yourself. More likely, that first axe colored your feelings about how a guitar should look, feel, and sound.

Manufacturers are always pulled in two directions, trying to push the envelope of technology and playability while also striving to save money and increase their profits. That’s why each guitar is a compromise. Here are some compromises that didn’t work. 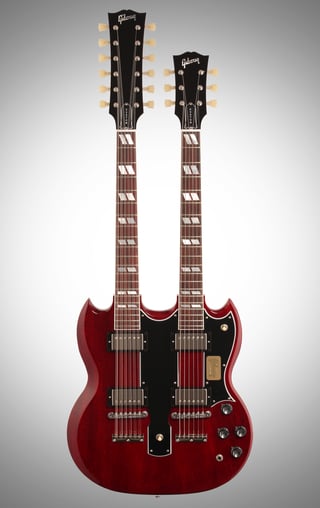 In case you ever feel the need to play 12-string and six-string parts on the same live song, and you also have almost $7,000 burning a hole in your pocket, there’s this monstrous Gibson. Canny players will ask a few pertinent questions before investing in this situation. For example, how does a player with only two arms mute the strings on the unused neck? Well, there's a toggle switch to shut it off, so you'd better get good at switching on the fly. Otherwise, there might be some serious feedback going on, especially if you’re in the dirty channel.

Also, how much does this puppy weigh? Oh, 32 pounds. That may not sound like much, but it’s the equivalent of four gallon jugs of milk. Hanging around your neck. For an hour-long set. That's not always a picnic with an average guitar, so this is just silly. Leave goofy multineck instruments to Spinal Tap. Or at least to Rick Nielsen.

Do you want the good news or the bad news? The good news: the price on this baby dropped by almost a thousand dollars while I was writing this article. The bad news: it still costs more than a minivan coming off lease.

For more bad news, just look at it. This looks like what might happen if Prince was frustrated with his guitar design team and they just started drawing random designs hoping he’d like one. He didn’t like this one. Also, for almost $15,000, can I at least get a rosewood fretboard? Although the alder body is nice.

3. Any guitar with friction pegs 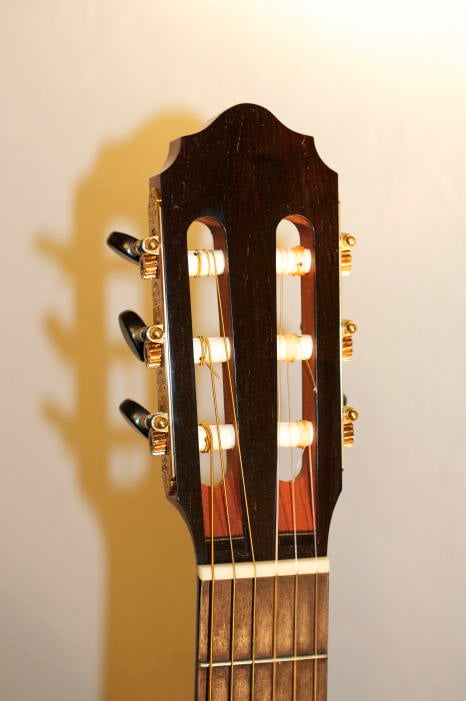 One of the reasons that you’re a guitarist instead of a violinist? You want an instrument that you can accurately tune, and that stays in tune once you tune it. The first thing that’ll make you hang a guitar back on the guitar shop wall is if you find it has slippy tuning pegs and can’t handle a bent G-string without losing a few cents. Fortunately, almost all modern guitars are equipped with real, metal tuning machines and can hold a tune fine, unless they’ve been in a flood.

But if you ever feel drawn to the sound of nylon-string classical guitars, quite a few of them, like violins, come standard with friction pegs instead. These close-fitting wooden pegs have to be forcibly pushed into the headstock so they don’t lose tune. And with their one-to-one gear ratio, a quarter turn could be a minor third, making fine-tuning almost impossible.

If you find yourself struggling with the friction pegs on a nylon string, replace ‘em with real tuners, no matter what the aesthetic cost may be. After all, nobody ever hears your guitar slightly out of tune and says, “Close enough for classical.”

4. Any guitar with an aluminum body 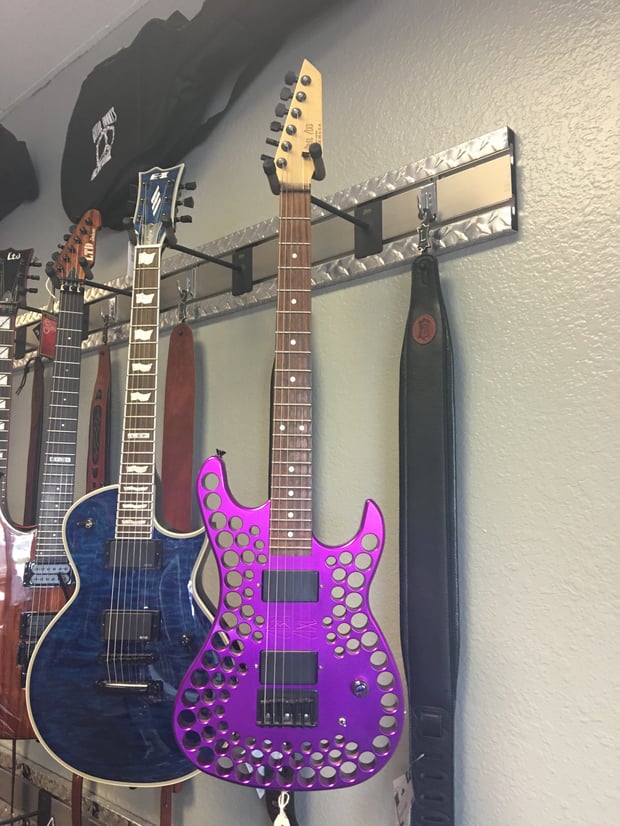 Manufacturers who endeavored to be a little different have always played with materials, making guitars out of clear lucite and various metals. But there’s one problem with aluminum-bodied instruments: they’re freezing cold. Unless the air temperature is close to your body’s natural set point (we’re talking high 80s or above), that dense metal will suck the warmth right out of your hands. Play at room temperature and you’ll be catching frostbite in your living room.

This is not to say you should avoid dobros or National guitars. They’ve been made with metal bodies forever, but these acoustic instruments use much thinner metal, with warm air behind it, so the chilling effect is minimized. Plus, they’re typically played in Nashville or points south, where it’s hot anyway.

Take a look at your Walmart computer desk you bought for $125 last year. Remember when you and your partner spent the whole afternoon trying to assemble it, matching tab A with grommet B? You probably broke a piece or two, because that desk isn’t made of wood – it’s made of a composite of wood dust and glue, the stuff they sweep off the workshop floor after dimensional lumber is cut. If trees were made of this stuff, they would never make it through the winter.

That composite is what “laminate” guitars are made of. Just like how that “fruit drink” you buy for 50 cents a gallon has no fruit inside it, this laminate is a wood “product,” resembling real wood but lacking its strength, density, or sonic properties. Sometimes manufacturers also call this stuff “hardwood.”

True, some decent electric guitars have bodies made from this amalgam, but no respectable acoustic uses it. The solid wood top of an acoustic is what produces its singing tone and good sustain, and you won’t get that from pulp. Save a few pennies and invest in a real wood acoustic. Your music deserves it… and deserves better than any of these battle axes.

Corrections to this article were made on August 26, 2016. Thanks to our readers for pointing them out!