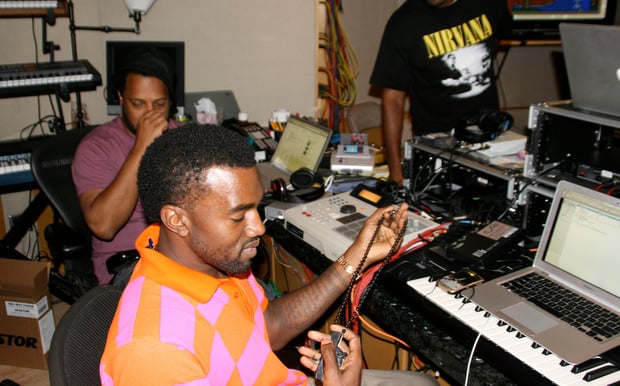 Photo by Angel Laws via Wikimedia Commons / CC BY 2.0

Find any great album in your collection, and you'll probably find unique tones throughout. Great recordings tear down assumptions and start from scratch, creating new sounds at every stage of the process. Visionary writers team up with open-minded and canny producers to find a palette of sound that makes the artist recognizable and matches up perfectly with the message of the music. Recording musicians are always looking for new ways to hack the listening experience and transcend the normal medium.

So why do we all reach for the reverb knob as soon as we lay down a vocal in the studio? That’s because reverb works. It sounds good, and almost always works more effectively in a recording context than a bone-dry vocal.

A great studio reverb could become a part of your signature sound, but the very one you’re using is most likely in wide use already, so you’re losing a chance to find an ingredient that would make your music special. Are there easy alternatives to digital reverb? Fortunately, yes.

1. Use the boundary effect

When sound waves strike a hard surface, they have to go somewhere. A good portion of those waves bounce off, while some creep along that hard surface and move to either side. When you place a microphone against such a hard surface, you can sing against that surface and get this “boundary effect.”

You can take advantage of this effect to create a distinctive depth in your vocal sound. Just sing directly into a close mic while facing a wall. Then, several feet away, place another mic against the wall with its diaphragm perpendicular to the surface. Mix the two signals to find the right balance, and leave completely dry.

Any room you can sneak a microphone into can give your recording a unique sound. Shower stalls, stairwells, and any sort of very large, airy room can provide that secret sauce in a vocal recording.

The problems that can arise here are dealt with easily. If these rooms are far from where you usually record, use a mobile tool like your cell phone mic to catch that lightning in a bottle. Then bring it home to your studio.

You can always double the vocal with another track in the studio and work with balancing the two tracks. The same technique can come into play if the vocal effect in your strange room is a little too much. For example, the reverb in a bathroom can be overwhelming. Just add a dry track to the mix and balance as desired.

3. Place a second mic at a distance

Wherever you’re recording, you can capture a natural reverb specific to your performance room by simply moving a second microphone some distance away from the singer. This works best at a distance of more than 10 feet. You could even move the second mic around the corner and down the hall, as long as you can get enough input volume that the track doesn’t get noisy when you turn it up.

You’ve just dialed in a completely analog reverb, one specific to the sound of your recording room. So that room (and the hallway next to it) should sound good when you sing in them.

When you’re using a DAW to record, you will generally have the option of cloning a track. Do this with a vocal, and zoom in so you can see the peaks and valleys of each individual note. Now, grab onto one of those tracks and move it just a little bit to the right, so that there’s a gap of a few milliseconds between the two. You’ve just created a delay.

This effect sounds best when the second track is a bit quieter than the first (a parameter that would be controlled by the “wet/dry mix” control on a delay pedal). And you can experiment with the length of the delay, from a very small difference that you can barely hear to a long slapback that plays against the beat of the music.

None of these tricks may end up being that thing that you do with vocals, but they’re all easy, they’re all free, and they can all become a part of your studio repertoire. The more different approaches you have at your fingertips, the less likely you are to get bogged down when something just doesn’t sound right, and the more likely you are to create an amazing recording.