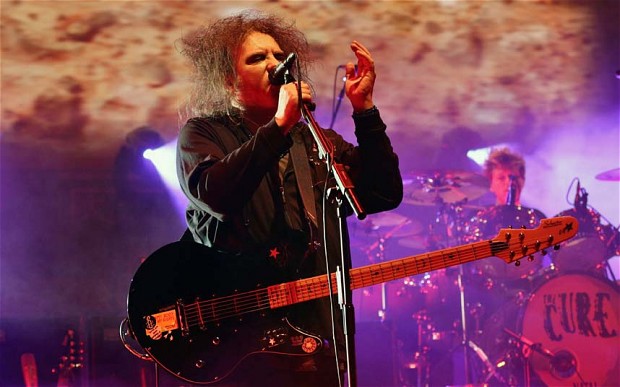 Robert Smith doesn't seem too amped about his own next release, he tells XFM. The upcoming Cure album 4:14 Scream, a companion piece to 2008's 4:13 Dream, was recorded almost seven years ago, and Smith's playing with an entirely new backing band now.

Though he in fact digs Neil Young's portable, Kickstarted Pono music device/service, Trent Reznor's getting a lot of attention for likening it to a Toblerone in this chat with NME.

Forbes.com looks into a crystal ball to predict the future of the music industry. The prediction? Streaming, y'all. And no financial apocalypse, either.