How 'Digital Native' Music Consumers Are Different From Everyone Else [Infographic]

As Digital Immigrants – those of us who have experienced an analog world, and are constantly adjusting to new technologies as they pop up – the biggest source of our confusion and frustration about the way music is consumed today is likely due to the fact that we don't understand the mindset of Digital Natives – people who have only ever known ubiquitous connectivity and content.

Hypebot recently shared a new report published by analyst Mark Mulligan of MIDiA Research that sheds some light on the behaviors and attitudes of Digital Natives. "While the slow down in digital revenue growth revolves around spending transition of high spending Digital Immigrants," says Mulligan, "it is the attitudes and behavior of the Natives that give us the best indication of how the digital music market will evolve."

Here is what the average Digital Native looks like: 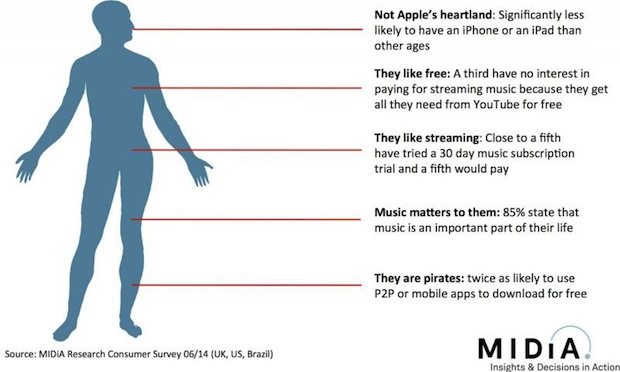 Hypebot elaborates on some of the key behaviors that were detailed in the report:

Have something to add? Leave your thoughts in the comments below!