How Does Winning an Independent Music Award Benefit Your Career? 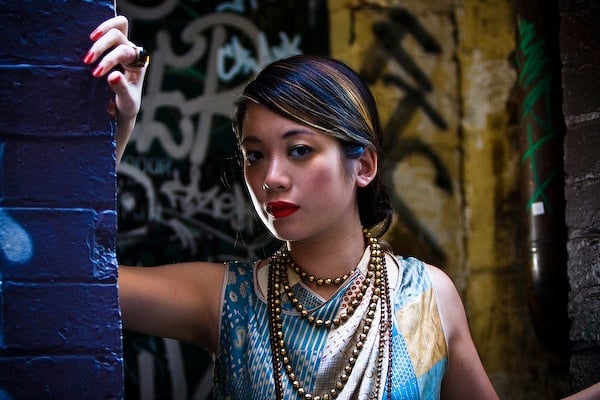 The Independent Music Awards is the only international program that actively supports independent artists, giving nominees and winners unprecedented advantages in scoring placements, gigs, and revenue, not to mention radio, print, online, and broadcast exposure. Now in its 15th year, the IMAs are an extremely exciting opportunity for songwriters of all genres, as the panel of judges always features a huge variety of internationally successful artists as well as established industry professionals. Past judges have included Ziggy Marley, Tom Waits, Pete Wentz, "Weird Al" Yankovic, and many more.

With submissions for 2015 now open, we wanted to get firsthand insight from a past winner to find out how winning an IMA really affects your music career. We got the inside scoop from Australian singer/songwriter Sophie Koh, whose song, "I Understand," received international attention when it won first place in the Best Contemporary Song category at the IMAs.

Where were you at in your career when you first applied to the Independent Music Awards?

I am an independent musician based in Australia. I had released three studio albums and toured extensively within Australia and Asia before entering the IMAs.

Why did you want to submit to the IMAs?

As an established independent artist from down under, it's nice to be part of a greater global music community and be in an environment that isn't about record labels and commercial success. The IMAs seemed easy to enter and accessible to anyone. It's a great forum for reaching new music lovers outside of Australia that isn't about hype, but purely about the art. It's great to be in the mix for feedback from an international panel of judges, too. You never know who's listened to your song.

How did you decide which song to submit?

"I Understand" is a song that tore my heart when we wrote it and still tears my heart every time I perform it. I co-wrote the song with Ben Lee and Brad Wood (producer). It was born out of an extraordinary writing session during a visit to Los Angeles from Australia, after my relationship breakup. It's a song about love and surrender that is universal, and everyone who hears it or sees it performed seems to feel everything that I feel from the very first time they hear it. I think music with lyrics that can capture an honest core human moment is alchemy for a great song.

What was the experience of winning the award like? How did you feel?

Awesome! It was the first time I had won an international songwriting competition so I was also quite happily surprised! Throughout the past 10 years, I had entered some local competitions with some successes and failures. It was awesome to win the competitive category of contemporary song among an international pool.

Along with earning the title, what perks came with winning an IMA for you?

Although art cannot really be measured or quantified, it's still important to be recognized, and the benefits of winning an international competition will always be a great asset for future collaborations and projects. I got a lot of love from fans and some online media coverage.

What have been the long-term career benefits of having an IMA to your name?

Having the IMA to my name will help with the next stage of my career. I am currently at a stage where I'm doing a lot more collaborations, co-writing, and behind-the-scenes work. Fans know me more as a singer and performer on stage with my band, but my real love and passion is really for musical composition and songwriting. The best part of my art is the creating part.

What's your best piece of advice for anybody who is considering submitting?

Get your music the attention it deserves! Enter up to six IMA categories for only $25 until April 1, 2015.