How Songwriters Just Lost Music Performance Income Because of the U.S. Department of Justice 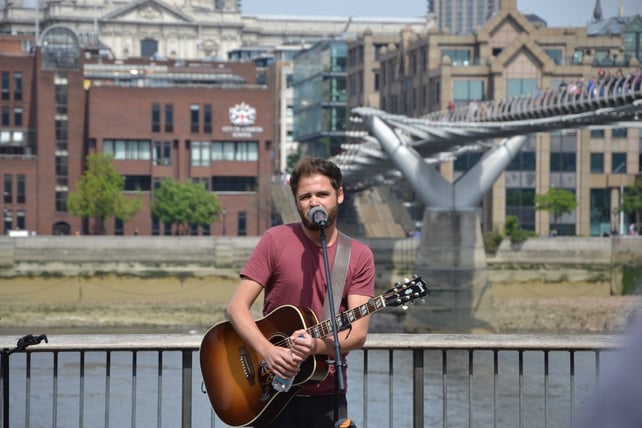 9/19/16 update: Federal Judge Louis Stanton issued an order rejecting the US Department of Justice’s interpretation of the BMI consent decree, which is a huge victory for songwriters. Read more about the details of the ruling on billboard.com.

The U.S. Department of Justice (DOJ) has recently issued a massive blow to all songwriters and music publishers that will have repercussions both in the U.S. and abroad, and threatens the ability of creators to earn a living from their music as well as creativity itself.

Since 1941, performing rights organizations (PROs) ASCAP and BMI, which track and collect performance royalties on behalf of songwriters and music publishers, have been subject to consent decrees issued by the DOJ. These consent decrees are agreements that allow the government to regulate ASCAP and BMI’s license fees and how they operate in order to prevent monopolization and encourage competition. (The two other PROs, SESAC and GMR, are both independent, privately owned companies that operate on a for-profit basis and are not subject to consent decrees.)

In 2014, the music community asked for a review of these decrees in order to update them to today’s practice of using music in context with the internet and other digital platforms. Music publishers wanted to negotiate directly with companies licensing music for digital uses. Digital giants like Google and Pandora, as well as radio, lobbied to pay smaller licensing fees for music performance.

The DOJ denied the music community’s request and has mandated that music publishers be either “all-in” or “all-out” with the PROs, meaning that publishers must allow the PROs to license all types of performances of their catalogs, or none at all.

In its recent ruling, the DOJ also chose to enforce “full-work licensing,” or “100 percent licensing,” which means any person with a percentage of ownership of the work has the right to license 100 percent of the work, not just the percentage owned. The licensing owner is then liable to account to other co-owners of the work for those co-owners’ shares of compensation. This principle is in line with the provisions of copyright law governing joint works, and the longstanding language of the consent decrees supports the practice of full-work licensing.

Despite the language of the consent decrees, the music industry has never operated on a 100 percent licensing basis. The principle of allowing one co-owner to license an entire work can be overridden by a contract between the parties, and the music industry has always operated on a “fractional licensing” basis where most owners agree in writing that each owner will administer its own share.

Music users obtaining licenses have also historically accepted the practice of fractional licensing, and those users experienced with PRO licenses know that one must get a license from each PRO so that all shares of all songs are covered. PROs also collect license fees from music users and pay its members/affiliates on a fractional basis, i.e., the amount collected or paid in proportion to the share of the composition controlled by that PRO.

While the language of the consent decrees and the practice of the industry have long been out of sync, the DOJ’s sudden decision to enforce 100 percent licensing may force an entire industry to change its longstanding way of doing business. The DOJ’s ruling stipulated that if a PRO cannot license 100 percent of a composition, then that PRO cannot license that composition at all. This means that any compositions written by co-writers belonging to different societies would potentially become unlicensable by the PROs.

What problems does this create?

Those who lobbied against reforming the consent decrees failed to realize that their efforts to pay less may also prevent them from using or playing a large percentage of music because much of the music they wish to use will become unlicensable by the PROs.

If compositions are unlicensable by the PROs, then music users will have to go directly to music owners for performance licenses. While obtaining direct licenses may be feasible for large broadcasters and corporations, most music users won't know where to find composition owners or how to go about obtaining licenses from them. This will result in either music not being used, or many instances of copyright infringement when music is used without proper performance licenses in place.

Without the PROs, music owners will be responsible for tracking and policing all uses of their music, which is normally too labor intensive and financially burdensome for most music owners. If music users seek to obtain direct licenses, they may shop for the lowest licensing fee between owners. In all of these scenarios, songwriters may be paid less due to lower rates, co-writers failing to account, or infringing uses.

Do music creators have to change how they work?

Many songwriters have been asking if they should only co-write with people who are affiliated with their PRO and stop co-writing with members of other societies. The answer to that is no.

ASCAP, BMI, and those of us leading the industry believe that for creators to restrict their creative process and the birth of new music in this way would be a fatal blow to creativity itself. While the industry can adapt to different collection and licensing practices if needed, we will not allow the DOJ or any other body to kill the creativity and livelihood of creators.

As of this writing, BMI has sued the DOJ and will be appealing the ruling through legal proceedings. ASCAP is developing a lobbying strategy to seek much needed congressional support and achieve changes from the legislative side. Whether or not they meet their goals, ASCAP and BMI have voiced their commitment to making sure songwriters can continue writing as they always have.

The DOJ has proposed modification of all past and future co-writing agreements to allow for 100 percent licensing, but writers should speak with their legal counsel before making any changes, and those of us on the forefront of this issue feel it is best to wait until we have a definite outcome on this issue before spending time and resources on changing agreements.

What can you do now?

To start, you can #valuemusic, and whether you are the music owner or the user, ensure your dealings fairly compensate music owners. Visit standwithsongwriters.org get updates on this issue, as well as information on how to write to your congressional representative and how to stay involved in supporting this much-needed reform in valuing music.

I became a music attorney because I am passionate about protecting and advocating for the rights of my clients, the creators and owners of musical works. Contact me to book a consultation on how to protect your rights in light of this decision.