How to Approach Album Track Order in the Digital Age 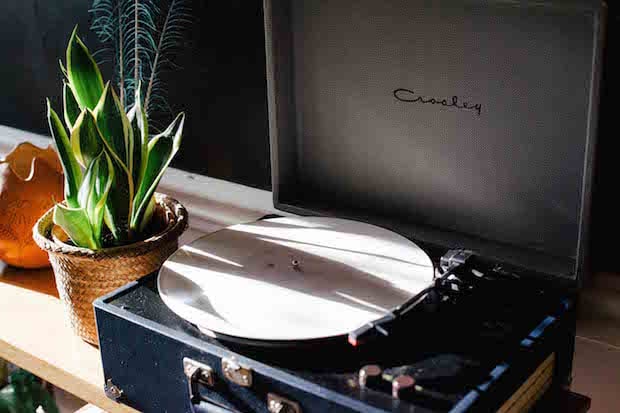 Back in the days of vinyl LPs, musicians spent a lot of time thinking about album track order. When Capitol records released the early Beatles albums in America, for example, John Lennon was appalled at how the record label had changed the track order from what the band had originally intended.

Nowadays, however, with the rise of digital downloads, streaming services, and YouTube playlists, the way we listen to music has changed dramatically, and many artists have taken this to mean that track order doesn’t matter anymore. The data, however, shows otherwise. Here are some important things to keep in mind when you’re thinking about ordering your album tracks for maximum impact in the digital age.

While the tools we use to listen to music have changed a lot in recent years, the way we listen has largely stayed the same. Because of that, it’s just as important to start off an album strong in 2016 as it was in 1956. The digital age hasn’t made any of us less busy or given us longer attention spans – if anything, the opposite is true. That’s why it’s more important now than ever to start your album off on the right foot.

When most music industry influencers listen to an album from a band they’ve never heard of, they’ll make a decision within the first 10 to 30 seconds on whether the album is worth listening to or not. Most of us do the same as well, even if we’re not conscious of it.

How many times have you skipped a song after about 10 seconds because it didn’t grab you right away? Some of us might do this once or twice before we give up on an album, while other listeners will give up on an album altogether if the first song doesn’t immediately grab them. Do the first few seconds of the first song on your album make people want to keep listening? If they don’t, find another song that’s more immediately compelling to start your album with.

Even if you’re not a prog-rock band, there’s something to be said for arranging your album tracks to follow a story arc. If an album has an innate sense of flow, anyone who hears the first few tracks will be more likely to want to stick around until the end.

For others, it’s more a matter of instinct rather than technical calculations. The order of the songs could be based on lyrical themes, the moods of songs, or it could simply be a matter of gut instinct. Whatever the method, the important thing is to create a sense of flow by seeing the album through a “big-picture” lens.

Billboard magazine recently did some research into how album track order affects streaming plays, and found that “the earlier a song appears on an album, the more likely a listener is to stream it.” The research was focused on Mumford & Sons’ sophomore album Babel, and it went on to say that “11 of the 12 cuts on [Babel’s] standard edition roared onto On-Demand Songs. More noticeably, the order of the songs on the album almost mirrors that in which they bowed on the subscription streaming tally that week.”

This research suggests that listeners don’t use the shuffle function as much as we might think. While many people will still listen to songs independently of their parent album, when listeners discover an album they like, most will want to listen to that album in order from beginning to end.

The other important takeaway from this research is that while people do like to listen to songs in order, most don’t end up listening to the whole album every time. Instead, most of us will start the album from the beginning, enjoy a few songs, and then get distracted by some other activity and stop listening before we get to the final track. So while it’s important for an album to flow well from beginning to end, keep in mind that if you have some really great songs placed at number 10 and 11 on the track count, many listeners simply won’t hear them.

Even if we aren’t limited by the playback methods of records and CDs anymore, there’s no reason to abandon the fine art of album track ordering. Yes, people can listen to your album in any order they want, but that doesn’t mean they will. On the contrary, any good listener will assume that the songs on an album were ordered by the artist in a specific way for a specific reason: because that’s the way the artist wanted them to be heard.

Of course, singles still matter just like they did 50 years ago, but at the end of the day, many listeners still crave that same old experience of putting on an album and diving into it, from the first track through to the last.