5 Pro Tips for Dealing With a Bad Music Journalist 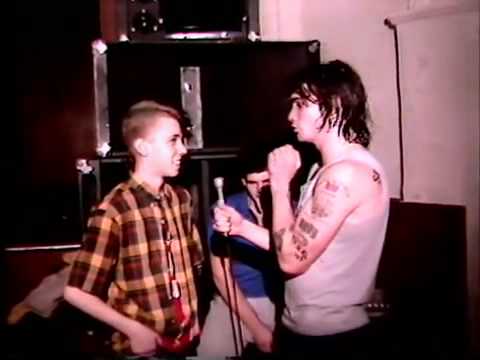 Sitting for an interview with a lousy, inexperienced or unprepared reporter is a drag on multiple levels — from the discomfort of trying to cheerfully limp through a series of half-baked or “what’s your favorite…” questions, to the awareness that the resulting story won’t reflect who you are well. While it may seem out of your control — after all, the journalist is the one shaping the conversation with the questions she chose — there are a number of ways to take charge of the situation and steer a chat with even the worst interviewer toward the talking points you want to touch upon.

I touched on this in the last installment of this column. No matter if you’re talking to Pitchfork or the local paper, it’s always a good idea to go into an interview having done some thoughtful reflection on the work you’re promoting and with some ideas about what you want to say.

One of the most common reasons an interviewer might be doing a poor job is nerves. Over the last decade or so, those of us who went to school for journalism, or were otherwise taught how to approach what we do with professionalism, have been replaced by young eager beavers who are willing to work for free in exchange for the chance to talk to their favorite artist. This often results in inexperienced, nervous fans being assigned to talk to an artist, like this poor soul who was so intimidated while talking to Black Flag, he just handed his mic over to Henry Rollins less than half a minute into his interview.

Reading Q&As conducted by someone like this, you can practically smell the palm sweat wafting from the page. But if you can be patient and help put a skittish noob at ease, you might find the conversation flows much better, which serves you well — no one wants to slog an interview in which the participants were clearly uncomfortable.

Flipping the power dynamic is as simple as turning the discussion toward the things you want to talk about.

There’s a power dynamic to the interview process that is rarely broken. You might assume that the artist being interviewed is the one with the upper hand, since he is granting his time and access to his interviewer. In practice, however, it’s the journalist who plays a dominant role, setting the tone and pace of a conversation and making the decisions about what is discussed.

That’s bad news if you have a lame or lazy interviewer on your hands. Politicians are adept at taking the questions they’re asked by journalists and spinning off from them to talk about the things they want to say. There’s no reason musicians can’t do the same thing. Flipping the power dynamic is as simple as turning the discussion toward the things you want to talk about, which, if you’re prepared, you have in mind when the interview begins.

An interview is not a conversation in the traditional sense of the word, like the chats you have with friends and family. There’s no back and forth; one person speaks only to ask questions, the other goes on at length about himself. Under these circumstances, even a gifted interviewer with thoughtfully prepared questions can wind up with an interview that feels stilted or awkward. Turning the process into a more equal exchange, a true discussion with an interviewer, gives the conversation a warmth and, often, a depth that it couldn’t have achieved otherwise. Ariel Pink did this when I talked to him in 2012, and the resulting interview was strikingly vulnerable.

Sometimes the reason for a poor interview is just plain laziness on the part of the interviewer. Maybe she didn’t have time to research you well enough before talking to you, so her questions are shallow, or maybe she’s just phoning it in. You could pull a Lou Reed and blatantly lie or contradict yourself to jolt your questioner out of complacency (but please, don’t let that be the only thing you offer over the course of the interview). You could offer up a juicy story, tell a joke, describe what you’re doing while you’re on the phone (I once interviewed someone while he was shopping for groceries with his toddler) – anything to zag the direction of the conversation somewhere unexpected.

Once the traditional format of the interview is cracked open – however you go about doing it – the really interesting stuff starts to happen. Talking to a crummy journalist, instead of one who’s adept at making you think deeply or steering you in the direction they want you to go, offers the opportunity to take the wheel and dictate the terms of the interview.

P.S. These tips work for good journalists, too.