How to Get a Classic Funk Sound Out of Any Keyboard 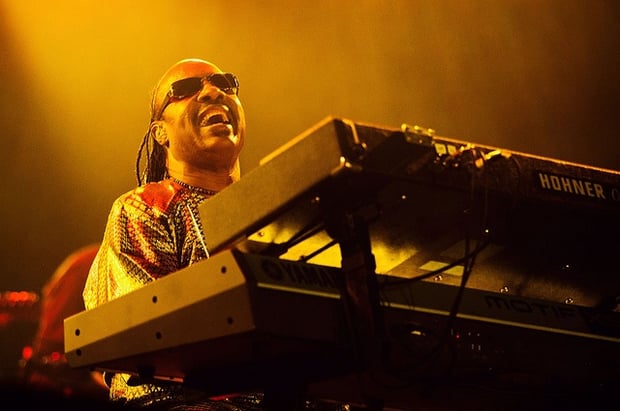 A funky keyboard might be something you would expect from a George Clinton song, but it appears frequently in other genres, as well. Take the John Paul Jones riff from "Trampled Underfoot" by Led Zeppelin. This riff is borrowed (some may say stolen) straight from contemporary funk artists. Peter Tosh from Bob Marley and the Wailers can be heard using a similar sound on many tracks as well. The sound even made its way into many early rap and hip-hop tracks, often in the form of a sample.

Fortunately, it's fairly easy to get a similar sound if you're looking to pick up on this trend. With this method, you won't even have to "borrow" from a decades-old single.

Obviously, you're going to need some sort of keyboard to start with. Thanks to modern sound-modeling technology, even the most modest instruments come with fairly good sounds for a variety of instruments. The best funk sound comes from either a clavinet setting or a Fender Rhodes keyboard setting. Most keyboards with a decent number of voices that feature both of these settings.

You can hear a Rhodes in many jazz fusion tracks. Joe Zawinul of Weather Report uses one to provide a bass backing to the introduction of "Birdland," and a Rhodes is used for the funky bass riff in "Chameleon" by Herbie Hancock.

The Rhodes sound is perfect for laying a funky bassline in any song. It gives you the deep bass and thick chords needed for funk. The treble end of a Rhodes keyboard can sound a little tinny, so if you want to use that part of the range, you may need to modify the sound further with an equalizer. Middle-range chords sound great, though, and this is a great voice for comping chords.

The Clavinet has a less prominent bass than the Rhodes, but is unparalleled for soloing and chord comping. (Stevie Wonder is pictured using one at the top of this article.) A clavinet setting is almost ubiquitous in modern keyboards, even as a stock option.

Outside of funk and R&B, this setting comes up frequently in rock. John Paul Jones, for instance, used one regularly in studio and live for Led Zeppelin. The clavinet sound compliments a guitar very well, but may require more bass backing than a Rhodes.

Once you determine your preferred setting, you only need to add one more component to your keyboard rig to perfect your funk sound. The key to having a large degree of control over your sound is to use a wah pedal. A Crybaby Wah will work best – plus, guitarists love them, so a bandmate may already have one that you can borrow.

If you use any kind of equalizer while you play, favor the bass a little. Too much treble can create an ear-splitting top end when you use a wah.

Modeling software that tries to replicate this sound exists. However, using a real wah pedal will grant a more authentic sound, and give you the ability to accent your chords and solos much more precisely than any modeling technology will.

As you can see, capturing a great funk keyboard sound is quite easy with little more than a wah pedal and some fairly standard keyboard settings. This strategy will work on anything from a cheap keyboard up to a vintage Fender Rhodes.