How to Manage Your Money: 4 Tips for Musicians From a Nashville Financial Advisor 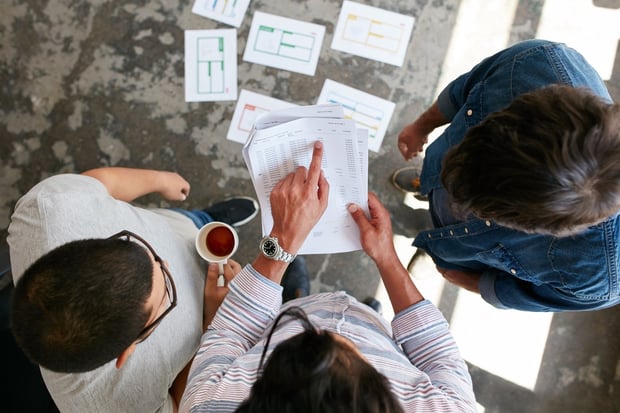 Money is always on the mind of anybody just getting started in the music industry – it's hard to come by, and there never seems to be enough of it. While people don’t get into music specifically to make money (and if they do, they might want to reconsider their options), everybody needs to make a living, and there are bills to pay. That being said, not many people know what to do with their money once they have it, and missteps are easy to make.

I recently spoke with David Adams, a wealth management specialist who works primarily with musicians in Nashville. In his career, he has helped artists who have made a good living with their work. I asked him what musicians who might not have had big hits or large paychecks like some of his clients should do with their money, and he had a few best practices to keep in mind that can ensure a healthy future.

1. Write out a basic budget

It might sound too simple to be helpful, but this is the first step in understanding your money and your expenses. Adams suggests sitting down and actually writing out what you make in an average month from record and single sales, touring, merch sales, publishing, syncs, and the like, and then also looking at what your hard expenses are, such as rent, bills, food, gas, etc. You likely have an idea of what you have coming in and going out during any given week or month, but putting pen to paper and seeing the final numbers can be very helpful.

From there, you can start making some decisions about what you should do more or less of, think critically about what your money is doing, and if you’re in a position to live in the manner you are for the foreseeable future.

2. Build up a cash reserve

This bit of advice is a little tough for some, but Adams insists it's one of the first things he tells all of his clients, no matter how big they've gotten. It’s not about saving every cent or making sure you have enough to retire on in just a matter of months, but rather ensure that if one big expense pops up, it isn’t going to ruin you.

Start putting aside whatever you think you can manage (after consulting with the budget you’ve made) every month, no matter what that amount is. It can be $50, $100, or more, but it’s not just about how much. Adams says it’s really about creating a habit of putting aside a certain figure before spending on anything that's not a necessity. Even if the dollar amount has to change based on circumstances, putting something away is imperative.

Adams suggests hiding away at least six month’s worth of bills before worrying about other big purchases. That way, if something goes wrong and you need some cash fast – such as a fix on your car or a medical emergency – you don’t start racking up credit card debt and getting behind. This reserve should be about "five or 10 thousand bucks," according to Adams. "Focus on getting that chunk of change in the bank. That's paramount before anything else."

These are all the things you should start thinking about, but only if you’ve already checked off the first three things on this list. Sure, saving for retirement and buying a home are important things, but they shouldn’t come before making sure your health insurance is taken care of!

Adams suggested that once you have your six months (or more) of savings ready to go, it’s alright to begin putting that same monthly amount into something else, or "outside of that basic slush fund," as David calls it. Talk to someone who knows investments and start pouring a few bucks into a low-risk moneymaker of some kind. It isn’t hard to find somewhere to spend your hard-earned cash, but make sure it isn’t something incredibly risky, because unless you’ve got it to lose, it’s just not worth it. The returns on the investment can then help you buy a home, a new car, or you can put it away for the day when you finally retire from this crazy business (if you ever do).

Need to get started on your money-making quest? Check out these tips: