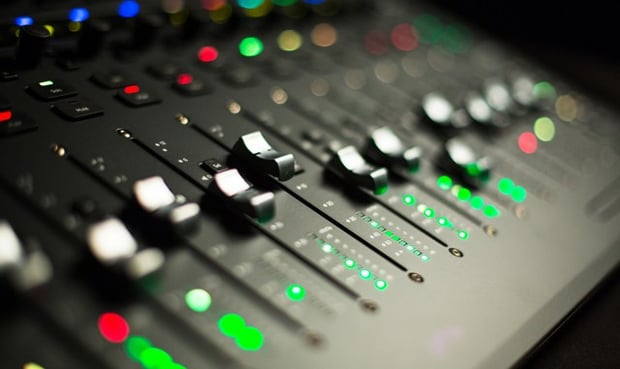 With recording technology constantly becoming cheaper and more accessible, more and more artists are recording their albums on their own. While this can be great for driving down costs on the DIY budget and allows people to put together their music on their own schedules and in their own spaces, the "jack of all trades" DIY mentality can only go so far in some cases.

The recording industry in particular is seeing a greater and greater trend towards people recording their own material, and then hiring people to mix or master their records. While this model in itself does have some inherent flaws (perhaps to be addressed in another article), it's serving a number of artists in the independent community very well. So the first question we should perhaps answer is, "If I have Pro Tools/Logic/Reaper/Cubase/etc. on my laptop, why should I hire an outside mixer?”

Hire a mix engineer if you don't have...

Perhaps you're looking for something sonically that you can't achieve with what you already have in your budget or what you have access to. Hiring someone who does this for a living can give you access to options you may not have at your own disposal. If your computer was purchased at some point during the last Bush administration, it starts up every third time you try, and it processes commands at the speed of smell, you should probably leave the heavy lifting to someone better suited to do so.

There's a lot of potential in the DIY approach, and there are a lot of people out there who are passionate amateurs turning out great, impressive mixes, but a lot of people also grossly overestimate their abilities. There’s no shame in working on your craft, but there's also value in an experienced ear and hand. If you want someone's "sound" as part of your record, going to the source will always be faster and more effective than trying to emulate it yourself. If you subscribe to Malcom Gladwell’s 10,000 hours rule, there's something to be said for that diligence and attention that's invaluable.

Often, we can get absorbed into our project and become too close to it in order to have an objective viewpoint. In this case, having an outside view can be a real benefit in order to get some insight into the project. Sometimes we need someone to break us out of getting complacent to realize the full potential in a track.

Learning as you go or taking your time with a record because it's a pet project is all well and good, and I fully support that. However, in an evolving music market where you're only as memorable and relevant as your last tweet, sometimes you need to default to someone who can make your project a priority and get results fast. If you have time on your side, by all means, give it a go. But with everyone living on the go, sometimes going the DIY route leads to a never-ending list of projects "in the works." 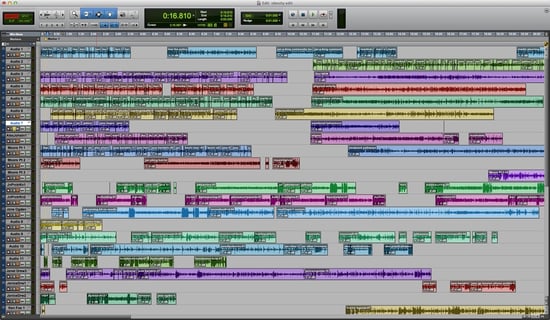 Taking care of most of the heavy editing before sending things off to your mixer will save you time, money, and get you to your final vision faster. (Image via pro-tools-expert.com)

So now that we can understand the why, let's talk about how.

As someone who often mixes for other people, I've seen firsthand the number of things many people forget or neglect when sending their tracks on for mixing. There are a myriad of people offering online mix services, and everyone has a certain way of doing things. Here are some general things to consider before sending your tracks off to your mixer of choice that will keep you from getting labeled as one of "those" clients:

1. Label your tracks descriptively and logically

This seems like it should be a given, but for the love of all that is good, I can't tell you how many times I've opened a session or a folder where every track is labeled some variation of "Audio 1," "Audio 2," etc. Giving each track a functional label will save literally hours over the course of a project and will save everyone time, energy, and money.

Don't get me wrong, I'm guilty of fun inside-joke names on things, but I can't tell you with any certainty what "DatStankDoe" is supposed to be. This applies to track names, audio file names, and even regions in a session. Don't be afraid to name those, too, if you’re giving your mixer the actual session file. If you're sending session files, placing markers to label song sections can also be handy to quickly zero in and find things within a mix.

2. Make commitments to sounds and parts

Don't make your mixer a second producer, unless that's part of your agreement with him or her. The ability to leave yourself options in most modern DAWs has been a blessing and a curse since the days of tape. Most people are afraid to commit and won't think twice about sending off a session with dozens of takes in a playlist for a mixer to sort through. Make some decisions, and commit to something – or at the most, a couple of versions to choose between.

3. Clean up your session

This will ultimately save you money and get you to the result you want cleaner and quicker. Don’t send extraneous audio; clean up and fade in and out all your files before sending them off. An unknown click or pop because of a lazy edit can quickly become a proverbial needle in a haystack if you have a high track count. Delete unused tracks or files, and remove plugins from sessions that aren't going to be used. Removing unused plugins and automations will not only make the session easier to open, but allow things to be mix-ready for your mixer. Do a "Save As" for your session if you'd like to be able to revert to your original version, but otherwise streamline the process as much as possible.

Also, condense all your files after editing. This will make spotting clips easier if necessary, and preserve your edits the way you intended them. Decide what plugins and effects are critical tonally for your record, and either bake them in or print them as their own audio tracks, but otherwise remove any plugins you may have used on your rough mix.

If you have something going on that's a signature of the sound, don't make your mixer reverse engineer it; give it to him or her, but otherwise remove any "mix"-type moves you may have made.

4. Do as much editing as you're capable of

Editing for timing and performance, comping takes, and tuning parts can be a very time-consuming part of the process. Taking care of as much of this ahead of time will leave things in a better place for your mixer to really get to work (and again, save you mone).

A word of advice on things like pitch correction, however: if this is something that is not your strong suit, perhaps discuss having your mixer take care of this aspect of it. You can’t un-ring a bell, nor a ham-handed Melodyne job. If you’re doubting your work, a safety net can be a good thing, so include an untuned version with your files (clearly labeled as such, of course). Understand, though, that many of these tasks that fall under “editing” are not typically included in most people's mix services without additional cost, so leaving this for your mixer may increase your overall price, or result in a mixer who may be reluctant to work with you again.

Whether you're providing stems or session files, or using services like Gobbler, keep it clean. Your audio files folder of your Pro Tools session shouldn’t be an Inception-like shell game of subfolders, only to leave the mixer to stumble upon the album artwork deep in the “Audio” folder while looking for kick drum files (a true story). If you're sending .wav files only, zip them in a folder before sending them; don’t send the files individually. Inevitably, something will get lost in the shuffle, and you don't want your first pass of the mix coming back without any of the background vocals because they got lost in the shuffle.

This applies across the board. Don't send a session where every bus and master is already clipping. Everybody's specific preferences are different, but use common sense.

This also applies when things are in the tracking phase. There's really no danger of having noise floor issues in most DAWs, especially in higher sample rates and bit depths. Most people still record too hot in the digital world, so give yourself some healthy room to breathe when tracking. That being said, your levels shouldn't be so low that your mixer can't tell there's audio present until they solo the track. Again, common sense.

7. Communicate with your mixer

Let him or her know what you're looking to get out of your record. Send over a rough mix you did that you're happy with. Send over reference tracks with notes as to what you like about them, and how that applies to your mix. We're not mind readers as mixers, and many of us like to be given a direction to at least start with. However...

Have a logical understanding of what mixing is supposed to accomplish. Don't get so caught up on your rough mix that you're not open to suggestions. If you have open dialog with your mixer, you should end up with the result you're looking for.

Remember that the principle of "garbage in, garbage out" applies, and don't expect miraculous results from the mix. Imagine that as a carpenter, you've built a table with one of the legs two inches too short. If you give it to someone to sand, stain, and finish, don't be surprised when you get back a rich walnut table with a high gloss finish that wobbles something fierce when you lean on it.

At the end of the day, it's about presenting your artistic vision in the best light possible, and ultimately making sure you're beyond happy with the end result. While budgets are often a concern in the independent market, it's important to remember that the only thing worse than spending too much money is not spending enough.