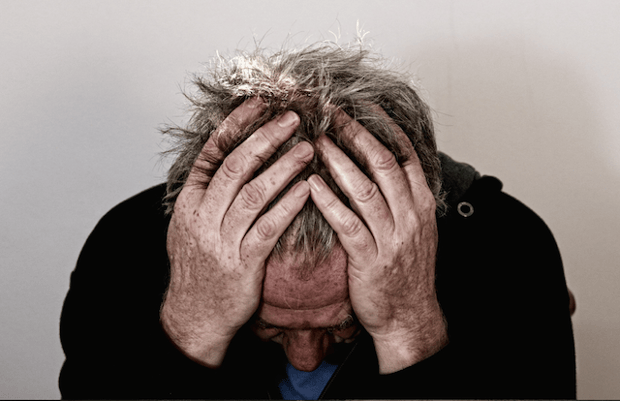 It’s a quiet Thursday night, and you've just gotten home from a long day of giving music lessons. Now that the distractions of the day have dissipated, it's just you and your thoughts. Yes, those pesky thoughts that bounce off the empty walls in your room, teasing you with every chance they get.

This time, they're focused on the big gig tomorrow night. It's at a high-profile venue and a large turnout is expected. The opportunity is substantial, but instead of excitement, your brain focuses on the stress. Memories of last week's show haunt you as every wrong note, missed cue, and voice crack dance around your brain.

You try to block out these negative feelings by thinking of rainbows and unicorns, but even that's helpless. Sleep becomes a wasted attempt as the sensation of public humiliation before a large audience is all but a burning reality. Worst-case scenarios continue to repeat themselves throughout the night and even the next day leading up to the show.

Some may think feelings like this are nothing more than a little anxiety, but psyching yourself out can have a major impact on a performance. If the bulk of your time leading up to a show is filled with negative thoughts, that will likely lead to a poor performance.

It doesn't have to be this way, though. A solution exists for even the most anxiety-plagued musicians around.

Say what you will about visualization, but there's some truth to it. That's not to say that just by thinking about a boat, you're going to get it, but thinking positively can certainly help with a musical performance.

If you still are skeptical about this, though, introduce yourself to Michael F. Scheier and Charles S. Carver. These two men brought the science of optimism to the forefront in 1985. Before that, this type of thinking was nothing but theory, but now researchers have embraced the research and have confirmed the powers of positive thinking.

Just like intense negative thinking can lead to a dramatic decrease in quality of your playing, the same is true for the opposite. By reinforcing positive thinking, an actual increase in performance quality is possible. That's right – simply imagining how you're going to play will translate into reality. It sounds crazy, but when you think about it, it makes perfect sense.

For example, think about when you practice an instrument. You've probably heard the term "muscle memory." By practicing the correct patterns repeatedly, it's as if your fingers remember the movements easily. Eventually, by practicing these good habits, they become more natural until you're hardly thinking about the notes in a given scale. Now, think about when you practice a pattern incorrectly. Poor habits are developed which are much harder to get rid of.

Well, it turns out this same occurrence can be found in our mentality. By reinforcing your brain with positive thoughts, it becomes a more natural feeling until positivity practically bleeds from your pores.

Again, this may seem like some mumbo-jumbo made up by some two-bit psychologist, but there's truth to it. A few years ago, psychologists at Purdue University tested this theory out among professional golfers. Their conclusion showed that with positive thinking, golfers' performance actually increased. If it can work for them, it can work for you.

What not to do

Now that you have some idea of how to think positively, it's important to know what not to do.

When you have negative images in your head, it's not just a matter of blocking them out. In fact, blocking them out actually makes the situation worse. You may think you're thinking about them less, but suppressing negative thoughts mean you're only increasing the chances of them invading your head once again.

For example, for the next minute, try not to think of a metallic purple magic school bus. So, how long did that take before you thought of it? Using that logic, you have to reinforce the ideas that you actually want, not what you don't want.

When you're thinking about an upcoming performance, it's important to think about specific words you want to use. Avoid words like "don't" (e.g., "Don't play the chorus too fast this time"). Instead, say something like "Be mindful of the tempo during the gig." That way, you aren't just focusing on the thing you want to avoid and therefore making it more likely to occur.

Put a stop to that evil voice in your head

We all know that evil voice – its sole job is to pollute your mind with negative images, but it's really up to you whether you want to put up with it. You're going to see images, both good and bad, no matter what the situation is, so you may as well make them positive ones.

When a thought pops up in your head, ask yourself if this is a constructive thought or a negative one. If it's a negative one, then simply redirect your focus to something that will help you become more successful.

The thing is that negative thoughts tend to be more natural. We can thank our survival instincts for that one. According to Clifford Nass, a professor of communication at Stanford University, negative thoughts are processed more thoroughly than positive ones. As a result, we tend to contemplate unpleasant events with stronger words than we do with pleasant events.

Because of this, we have to try a lot harder to direct our focus to positivity. Over time, your ability to focus on good images will become better conditioned, not unlike practicing an instrument. Eventually, you won't have to try so hard to think positively, and you'll have more control over your mind during important moments like that big gig coming up tomorrow night.

Next up: The Artist Pep Talk: 10 Tips for Staying Positive in the Face of Rejection