How to Seamlessly Incorporate Synths and MIDI Into Your Next Project 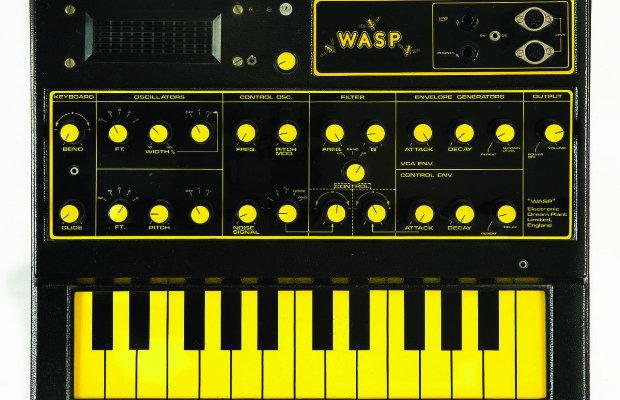 When some musicians hear the words "synthesizers" and "MIDI," images of dayglow T-shirts and frizzed-out '80s hairdos flash before their eyes. Most artists who do not regularly use these tools in their music have this antiquated idea of what synthesizers and MIDI are capable of and may be ignorant to the leaps that have been made in the respective technologies. Basically, what we're trying to say is synthesizers and MIDI are no longer just for cheesy robot sounds and old eight-bit video games anymore. We can now utilize these tools to create ambience in our songs, realistically replicate instruments that we may otherwise not be able to record, and create tracks that can be easily edited/manipulated to our needs. But let us break down the differences between synths and MIDI first, so we know what we're dealing with here.

What is a synthesizer exactly? Well, if you ask Wikipedia, it defines them as electronic musical instruments that generate electric signals converted to sound through loud speakers or headphones (gotta love the Wiki) – but what we are really concerned with is how we can use synths. Synthesizers are used to generate two different types of sound: imitation sounds, which is when the synth is actually trying to recreate the sounds of another instrument (like sampled acoustic Steinway pianos) and completely unique sounds, which are usually referred to as synth pads or leads.

When we think of synthesizers we usually think of keyboards, but now even instruments like the guitar or drums can be outfitted with pickups to utilize synthesizers. We use a Roland GK-3 guitar pickup on one of our electric guitars in the studio and team it up with a Roland GR-20 synthesizer "pedal," which allows us to use our guitar as a synth. When we show guitar players in our studio the possibility of adding a synth part to a song, and they hear a piano chord the first time they strum, smiles usually follow. The ability for guitarists to add synths to their pedalboards is super fun, and we urge you to check out this technology the next time you visit your local music store – just be prepared for some blank stares from sales staff who may not have heard much about this new-fangled wizardry.

Musical Instrument Digital Interface, or MIDI, is a protocol that was developed in the 1980s that allows for electronic instruments and other tools, such as your computer's digital audio workstation (DAW), to communicate with one another. One of the major differences between MIDI and synthesizers to remember is that MIDI itself does not create any sounds. Basically, MIDI provides the information (pitch and velocity) for how the sounds will be created once the MIDI data is applied through a synth. MIDI can either be recorded through a live performance of a MIDI instrument (keyboard, guitar, etc.) or can be written directly into your DAW by creating a MIDI track and opening the "piano roll" or "staff view" for that track.

How to record them

Even the guitar or drums can be outfitted with pickups to utilize synthesizers.

Now that we have the two straight, we should go over the best ways to go about recording each. Synths can be recorded either by using a direct input (DI) unit to input the synthesizer directly into your mixing board (usually using the 1/4" output jacks on the back of the synth) or by going into an amplifier and mic'ing the amp. If you're going to use the amplifier method, you usually can't go wrong using the tried-and-true Shure SM57 to mic up your amp. But we usually prefer to go direct with synths in the studio for two reasons. The first is that we don’t usually want to color the sound coming out of the synth with amps and mics like we sometimes do with instruments like electric guitars. The second reason to go direct is that we usually want to record in stereo, as many synth patches have to have a strong stereo component.

It's important to mention that most synthesizers/keyboards also work as MIDI controllers, so you may want to also consider recording the MIDI data simultaneously while you are also recording the live synthesizer performance, just in case you end up wanting to completely change the synth sounds without having to track a new performance.

Recording MIDI will require us to have a few things first:

Generally, you just need to connect the MIDI Out from your keyboard to the MIDI In of your interface, and then plug your interface's USB or Firewire cable into your computer. Many keyboards now come with USB outputs so that you can go directly into your computer and skip the whole interface/MIDI cable mess. Once we have all these connections set up, you should now be able to track your MIDI data from your instrument into the computer. Remember, MIDI itself creates no sound – you're capturing data that will be used later to create sounds. Also, as mentioned earlier in this article, you can also draw/write a MIDI performance into the computer without needing a MIDI instrument, though we find it a little bit easier and more time efficient to have a physical controller/instrument to play, at least to get started.

Behold, the power of MIDI

The great thing about MIDI is that everything you record is completely editable. Let's say your performance isn't quite on time, or you missed a couple notes here or there. With MIDI, you can see the performance you just recorded, represented by rectangular notes on a grid or traditional notes on a staff. From here, you can take any note and move it either forward or backwards in the timeline, and you can move the notes up or down to change the pitch of the note. You can even manipulate the velocity at which the note was played after the fact. This allows us to really dive in and make a performance that's both pitch-perfect and in time. You can even change the tempo of the track without having to re-record the part. Once you have your performance where you want it, the real fun begins.

Because MIDI doesn't actually play sound itself, we need to use software plugins to create the audio we want to hear. There are hundreds of different plugins out there that you can get, from Session Strings Pro by Native Instruments, which beautifully recreates the sound of real orchestra string sections, to Massive, a beast of synth pad/leads/bass plugin that works great for electronic music. Using most DAWs, you can even convert a standard audio track – for example, a vocal track – into MIDI and trigger a synth with it – so now even vocalists can get in on the action! Or drummers can put drum triggers on their drumheads and use them to reproduce killer drum sounds or crazy industrial sounds while you play live! You can get lost in hours of experimenting with the sounds you can create.

Utilizing synth/MIDI in the mix and on the road

It used to be that to get new synth sounds, you had to buy a new hardware synth, hence the now-famous bank of keyboards that bands used to haul around to shows. When we first opened our doors for business in 1997, software synth plugins were almost nonexistent, but now practically every laptop comes with some type of synth built in. This portability means that you can now incorporate software synths into your live performances and even use software like Ableton Live during your performances.

We can already see everyone's mouths watering, but let's pump the breaks just a little bit. Unless your name is Skrillex or you're looking to make music that's heavily electronic/synth-based, you probably don't need to go too overboard with the synths and MIDI in your mix. As is the case with many of the things we talk about here, less can be more. Adding a string section to a power ballad or soft, romantic song can really set your song a step above the rest. Or you could use more electronic-sounding synth pads/leads/basses in conjunction with live instruments. Synths today have become very specific, and we recommend taking the time to research synth plugins to find ones that will enhance the music you're creating, not distract from it. If you're looking for killer piano sounds, for example, then you'll probably do well to focus on piano samplers like Native Instruments' "Alicia's Keys" instead of using the more generic piano sounds that come bundled with many synths. The possibilities are numerous and we encourage everyone to experiment when time permits.