How to Sing Night After Night Without Straining Your Voice 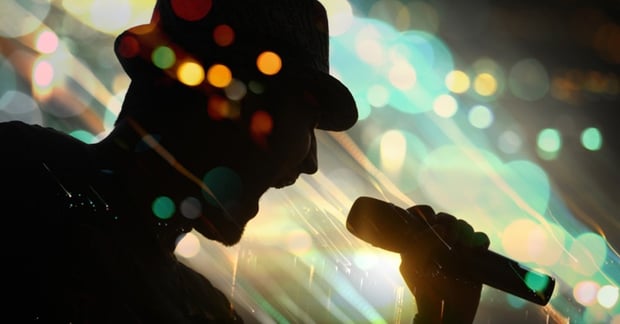 The article originally appeared on the Disc Makers blog.

As a gigging vocalist, you’ve got a different box of tools you need to care for than the rest of the players in your act. When your schedule has you playing a couple of shows a month, your voice may easily recover in time for shows and rehearsals with no problem – even if you're yelling for high notes.

But let’s say your new record comes out and things start progressing and you become very popular. Now, more and more fans want to see you as often as possible. If you did any yelling on the record, it's going to be hard to repeat that over and over again during the multitude of weekly shows. With recording sessions, you may have the luxury (in some cases) to rest your voice and go back and record when you’ve recovered. Live performing doesn’t allow for that. And if you do start to grow your act and start amassing a crew, more and more people will depend on you to be able to perform.

The care and feeding of your voice

1. Stop yelling when you sing

Take great care of your voice. Let me emphasize: do not yell to get your high notes. That rarely carries the right emotion for the lyric anyway.

Learn “belted head voice” from a vocal coach or vocal producer so you can hit your emotionally charged high notes and give tonight’s audience what they want, and then be able to do it again for tomorrow’s audience. You have to recognize that there is always another audience hungry for your performance and expecting to hear your magic. If you lose your voice, it’s very frustrating for everyone involved.

3. Use in ear monitors

In-ear monitors are the best for keeping you from yelling and straining your voice. They allow you to hear yourself so well that your technique can be better managed and you can avoid thestraining that causes problems. If you can’t hear yourself, you’ll have a hard time not being flat or sharp. When I was in my first loud rock bands in the ’60s, we didn’t even know what monitors were for. I can’t even imagine what the audience was hearing. Unfortunately, ignorance can kill your career before it even gets started.

One of my touring clients, Kevin Cronin of REO Speedwagon, no longer yells, and he’s been singing for over 40 years of touring. He never loses his voice and he never has to call me for any vocal therapy. The same is true for all my touring clients, because they’ve learned the proper technique and trained their voices over time, before hitting the road.

4. Take care of your instrument

Become as fanatical, as a vocalist, as the other musicians in your band are about their instruments. They know their instruments and how to take care of them. They pack them in road cases and polish and maintain them. They know to carry extra picks, strings, drum heads, etc. Of course, we can’t replace broken vocal cords, but we can treat our voices in a way that maintains them from show to show.

Be aware and try not to talk too much during the day. You may have interviews to do or have a day job, but try to stay quiet. Do your warm-ups every day, whether you’re performing or not. Cooling down exercises are valuable to do after the show (just as is done with race horses). Your vocal cords won’t be as stiff the next day.

If you don’t have in-ear monitors, then work with the live sound engineer on placing the monitor cabinets in the best possible places for the way you move around the stage. Rod Stewart used to have monitor speakers in the front and on the side of the stage so no matter where he went, he could hear himself very well.

But the more monitors, the more chances to have that feedback might be an issue. So again, I recommend in-ear monitors, even if they’re inexpensive ones. They work a lot better than stage monitors ever will, and they don’t have to be wireless.

6. Do cardio exercises and steam, daily

Do cardiovascular exercise every day, and if there are steam rooms in the city that you’re in, take advantage and use them. Or just use a basin with boiling water and a towel over your head. This reduces some of the swelling in your vocal cords. Learn a tongue-roll exercise that you can do, while the other musicians are doing instrumentals. It’s to your advantage for your career to do these things in order to help keep the swelling down and the stiffness out of your vocal cords.

If you fight with your voice, you'll always lose

When you are yelling, you’re closing your wind pipe almost all the way (that’s where the sound/frequencies come from), and then pushing air as hard as you can to get sound out. The vocal cords are being blasted by this air pressure that your vocal cords are resisting.

You don’t need to be a doctor to realize you’re going to out a lot of wear and tear on your vocal cords very quickly doing this. What we all need from you as a singer is for you to have stamina, and stamina doesn’t come from muscle. Stamina comes from taking good care of your vocal cords (which are mucous membranes). They can’t take tough pressure over and over and over again without you losing your voice.

My mantra is: “If you fight with your voice, you’ll always lose.” Have fun on the road. It’s for making relationships with your fans, but save some of your energy and your voice for the next show, and the fans who will be there for it. Otherwise, you could be one of those singers in an extremely expensive ENT doctor’s office in the middle of a tour and having to cancel shows.

I can’t say enough about how awful that is for everyone involved. Be prepared for the road, and you’ll love every minute of it. I know from many years as a touring vocalist, and now as a vocal pre-producer/voice therapist, that you’ll enjoy your shows more, and you’ll continue to grow your fanbase.

Next up: Singers: Here's Everything You Need to Know About Taking Care of Your Voice