The Realities of Being an Indie Artist in NYC With a Day Job: A Conversation With Wolkoff 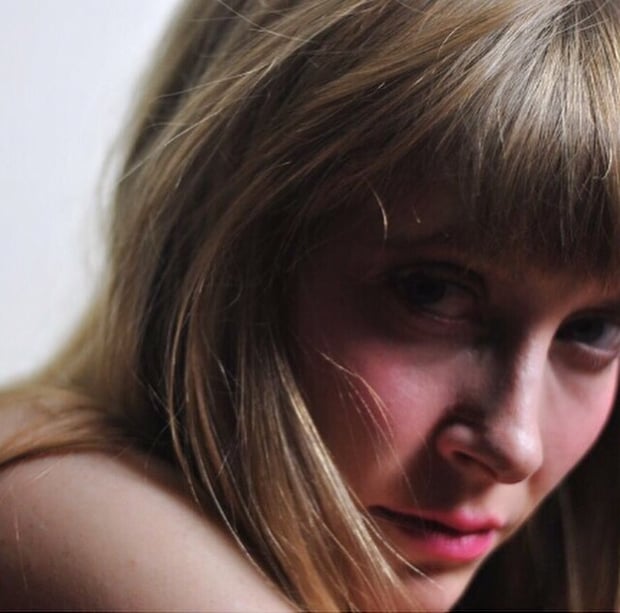 Joanie Wolkoff isn't your typical indie musician. She grew up in Toronto, moved out on her own at age 16, modeled in Tokyo, spent years in Paris, and worked for a conceptual artist decorating pigs outside of Beijing.

Currently based in New York, the electro-pop artist has experienced much of the world, and now, she's completely focused on making her music the best it can be. With features on Billboard.com, NYLON, Interview Magazine, The Fader, and many more of the most reputable music publications around, it's no secret that the world loves Wolkoff as much as she loves the world. But after catching up with the singer, we learned that it's much harder than it seems on her side of being an indie artist. While she's enjoyed a lot of success, she's also had her fair share of disheartening rejections, which led her to give us some very insightful, humble, and strategic advice.

Through Sonicbids, you were selected to perform at Savannah Stopover this year. What was it like applying for the festival, and how did you make the most of your time onstage?

Applying for Savannah Stopover took less than five minutes – specify how many people are in your act, provide contact details and what they nowadays charmingly call "digital assets," and click on the box indicating that you grasp the terms and conditions.

The rocket science part is standing still in time once you're performing onstage and making every second count for your audience. It helped that the venue was packed with fierce, beautiful queer men and women ready to throw down on the dance floor (not to mention a giant disco ball).

Beyond showing up and playing a great set, what else did you do to make your time in Savannah memorable and career focused?

To us Canadians, a town like Savannah is memorable by default. Cobblestone streets lined with antebellum architecture, magnolia blossoms, live oaks shrouded in Spanish moss, lushly manicured parks, and lots of tiny, emerald-green lizards. Where I come from, everything is grey and white and cubic and socialized. Sometimes, in my country, we see a tuft of moss growing on a beige rock, but that's about it. Savannah was such a sensory overload that I needed therapy after.

Extracurricular festival highlights included interviewing Kristine Leschper from the band Mothers while eating southern fried chicken in a public park at 1:00 a.m., and being interviewed by the brilliant women at Culture Collide and DoSavannah. I performed at the House of Strut for a video episode of Huffington Post's "A Sides" by Jon Stratham. They lent me a pale, sequined old Hollywood gown and let me play guitar in a leopard throne. Winning.

You’ve also performed at Canadian Music Week and Northside Festival through Sonicbids. With all these festivals under your belt, how much do you feel they help independent artists?

If an indie artist can have a great time participating in a festival with or without that sought-after "aha" career-boosting moment, then they're doing it right.

I try to walk away from every festival with something to tell the grandkids – but I stopped hurting for a splashy industry breakthrough at festivals when I noticed that the stress wasn't helping my cause. I figure that until or unless you're in the right time at the right place and fall into the radar of the right label/licensing group, you might as well embrace being that little doggy in the sidecar of a large motorcycle like on those old-timey postcards along for the ride of your life.

[5 Tips for Playing Your First Festival]

When you perform at festivals as a newcomer, it can be difficult to get people to notice and pay attention to you. How have you successfully turned strangers into fans?

When I need to ramp up interest or support as a little-known musician, I just wear a heavily padded bra and spray myself with virgin pheromones. Then I hang out in dive bars, late-night pizza joints, and lottery customer service centers where people are a little more, you know, susceptible.

In all seriousness, you just have to approach people and talk with them.

One of the struggles of independent musicians is having to make ends meet, especially in an expensive city like New York. You're an ESL teacher when you're not rocking stages across the country. How does that affect your music career?

My (week)night life is shot. How can I rub elbows with industry spearheads til the break of dawn when I have to be awake and sober by 9:00 a.m. so I can explain English grammar to recent immigrants? I'd be fired in a New-York minute.

Oh wait, I forgot, I'm not invited to any of those industry events anyway. Because I'm pretty sure they don't mess much with early-stage career artists who don't have, say, a digital marketing strategist on hire or A+ in the social media numbers game. I think I have like 400 followers on SoundCloud. And that's after releasing three albums over less than two years, write-ups in noteworthy online publications, and a slew of great live gigs.

So I keep writing music multiple nights a week. Keep rehearsing. Keep making music videos when I know that even after a premiere on a choice media outlet, it still might only garner a couple thousand views at best. Keep playing shows at new venues even when they ask me if I could please go on a little early, and only 12 of the 50 people who were slated to come have shown up. Because that's all there is to do. Nobody wants to talk about this in interviews because it's all about the hype, but who are we kidding here? High hopes, low odds. Being an indie musician takes grit and a rubber ego.

Even if you didn't have a day job and were fully immersed in the music industry, it's not always a fun place to be. How have you managed to stay inspired in these times of uncertainty?

A few years ago, my old project, Her Habits, was licensed for TJ Maxx, Coke, Lenovo software, American Horror Story, and a handful of other clients. I'd just come out of a rough separation and was straight-up sleeping on a mat on the floor with folding beach chairs as furniture and a space heater when I suddenly became a thousandaire. Imagine my excitement. New laptop! New bed! Sushi night once a week! Baller status! It hasn't happened since.

So. If I were immersed in the industry and it became my full-time means of income, I would kiss the ground and shout it from the rooftops. I would write for other artists and take advantage of the chance to step up my production game by carefully observing my mentors. I would make it fun the way anyone makes a job fun: by constantly changing and growing and having a sense of humor. Staying inspired is a lot easier than making a living with music, if you ask me.

[How to Balance Your Day Job With Your Music Career]

What specifically has helped you maintain a sense of hope and optimism for your future in music?

The key ingredient is gratitude. Working in music affords me the privilege of connecting with artists, fans, technicians, event coordinators, music journalists, dancers, publicists, and industry veterans who bring it all home for me. We all know this is an uphill battle, but we're passionate and try to look out for one another.

The friends I've made through music give me hope. Sure, I'm a broke-ass artist living in the most expensive part of the country trying to hack a massive, notorious system. But I make a point to recognize how lucky we are to have the freedom to make that choice.

If you could give three pieces of insight to an aspiring musician who’s looking to use a platform like Sonicbids to further their career, what would they be?

Sometimes when I read my fourth "We're writing to inform you that Wolkoff wasn't chosen for..." email of the day, I get the fear and start applying willy-nilly for stuff that it wouldn't really make sense for me to play at, like festivals I can't afford the travel fare for (Ajusco, ahem), or a setting that wouldn't benefit the style of music I make (intimate poets' cafe).

So when you start feeling hopeless, close your laptop and do what it takes to reset your mental buttons, or you'll end up on the phone in a couple weeks explaining to a salty booker why you can't pre-sell 75 tickets to "all your friends" (I only have, like, five friends) in order to open for a known gangster rap act (and you're a melodic electro-pop artist).