How to Successfully Play in More Than One Band 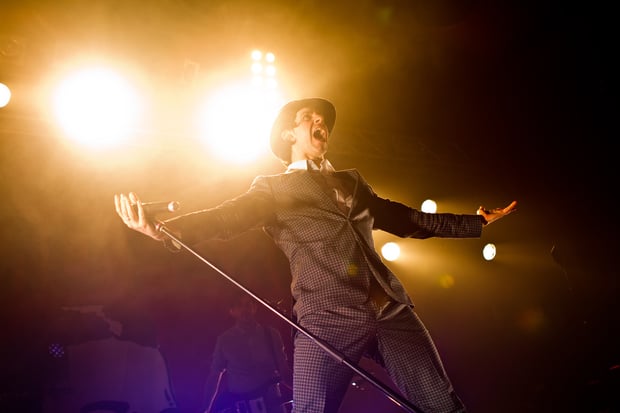 The old folk expression "don’t put all your eggs in one basket" couldn’t be wiser advice for musicians looking for success. Whatever your position is in the music industry, you'll be doing yourself a huge favor by diversifying your activities and the people you work with.

There are many different reasons for this, but the biggest is because most musical projects have varying lifespans and time commitments. These fluctuations can result in periods of imbalance. You might be relentlessly pursuing your own musical vision without playing out, though you’d like to, or vice versa. You might be playing in an original band that isn’t making that much money or finding success just yet, though you’d like to make money playing music somehow. Instead of picking one thing or the other, the best solution is to get yourself involved in multiple musical projects.

But how can you pull this all off without an imbalance of commitment or effort? It turns out it isn’t much more different than being in only one band. With some careful planning and making an effort to follow through, you can successfully be in more than one band, filling your life with the music you want to play for the reasons you want.

Whatever your additional music project winds up being, to have any success and not ruin both bands, you'll need at least these few things.

Being in multiple bands requires tools you might not truly need to be in only one ban,d but are indispensable once you start to play in more than two bands. Basically, you need the gear that will make you autonomous musician, free from needing to borrow anything at any time, while allowing you to make it to multiple practices and shows a week. Without question, you need:

When you’re getting into the nitty gritty with your multiple bandmates, don't hold back from speaking explicitly about expectations and responsibilities. Make sure your bandmates are aware of what you can and cannot do while being open to any compromises or suggestions. Maybe you're open to participating in songwriting, but you won't have enough time for booking. Or maybe you'll be the one providing the van while your bandmates do the driving.

However responsibilities are divided out, only take on a workload from your new bandmates that matches your skills and availability. This way, no one is disappointed. And since you've hopefully already mentioned you're juggling more than one project, they'll appreciate you being up front and honest.

It's crucial to plan out each band’s schedule as far in advance as possible. Make that an essential condition of being in the band in the first place, and it'll be much easier for everyone to get along and create the space that's needed to have a peaceful multi-band environment.

That doesn’t mean you shouldn’t be cool with taking on a random show or event that pops up. Flexibility with a dash of wisdom will go a long way in impressing your bandmates with your loyalty while keeping control of your schedule.

[Can You Handle Being in More Than One Band?]

Some musicians get caught up in constantly having some sort of activity happening around all of their varied projects. This can especially be true for bandleaders and producers. Don’t drown yourself with unnecessary shows and promotion or even practices – take a break sometimes!

When you’re scheduling, consider meeting a goal as a chance to give a project some rest. Smaller goals can give your group smaller periods of rest; larger goals, and larger periods. However you manage your activity, just remember that, to most fans, it doesn’t matter how long it takes between activities – they will still be interested when the time comes.