Interval Cheat Sheet: Tunes to Help You Remember All the Common Intervals 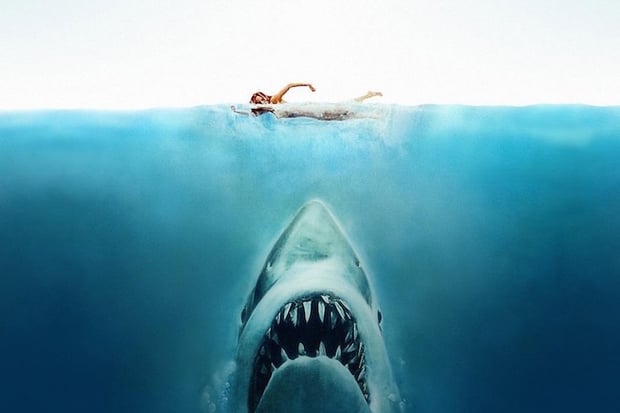 Basically, recognizing intervals is a key part of gaining fluency as a musician. For those lucky devils with perfect pitch, it's a cakewalk. For everyone else, it's one of the most difficult things to learn. Which is why we suggest cheating: remembering intervals by associating them with popular melodies you already have memorized.

Below is a list of common intervals and some of the recognizable melodies you can associate them with. (By the way, all of these are ascending intervals. Stay tuned for the descending ones.)

Got any others? Include it in the comments below. And for a closer exploration of intervals, and many more examples, check out Soundfly's course, "The New Songwriter's Workshop."

The minor second is your quintessential evil villain approach sound – mostly because John Williams made it so. This interval will now forever be enshrined as the two bassy notes that signify a shark's about to get you.

The major second is all over the place, but I like to use the second and third notes of "Happy Birthday" The first note and second notes are the same, so it's really that difference between "py" and "bir" that you're looking for. Other examples include the first two notes of "Rudolph the Red-Nosed Reindeer" and "Frère Jacques."

Christmas songs always end up being popular examples of these intervals because so many of us know them. The first two notes of "Greensleeves" provide all your minor third needs (and yes, the rhyme will help you remember).

Major Third: "When the Saints Go Marching In"

"Here Comes the Bride" reminds me of my days in the orchestra trying to find where third position is (shout-out to my orchestra nerds). That first leap in the melody is so recognizable – it's a really easy one to remember. Other examples include "O, Christmas Tree" and "Amazing Grace."

The tritone is one of those nutty intervals that people used to believe was spawned by the devil because it's so uncommon and dissonant. Naturally, Leonard Bernstein used it as the basis for almost every theme in West Side Story. (Take Soundfly's companion course created with Carnegie Hall to learn more on the topic). You can hear the tritone most obviously in the song "Maria" in the first two syllables of her name ("Mar-i"). Another easy one is the opening notes of The Simpsons' theme. In both cases, it leads right into the next note because it's such an unstable interval (man, I love the tritone).

It's hard to forget a perfect fifth when you think of the opening notes of "Twinkle Twinkle Little Star."

The main melody of "The Entertainer" starts with two pick-up notes that are minor seconds, and then bounces on three minor sixth intervals in a row that are super memorable.

The first two notes of this iconic theme give you a major sixth in about as explicit fashion as you could ask for. The other one I sometimes use is "My Bonnie Lies Over the Ocean."

Not surprisingly, we're stuck on West Side Story. The classic song "Somewhere" is built around the leap of a minor seventh in the first two notes of the melody. That reaching feeling the interval creates helps establish the dreamy, aspirational quality that's at the heart of the piece.

Major Seventh: "Take On Me"

The major seventh is another slightly dissonant interval that asks for resolution. The chorus of the '80s classic "Take On Me" by A-ha starts with a soaring major seventh interval ("Take-on") before resolving to the octave ("me").

Octave: "Somewhere Over the Rainbow"

Octaves are one of the easier intervals to pinpoint – you sing the same note, but higher. Nevertheless, it can be easier said than done, so here are the first two notes of "Somewhere Over the Rainbow" to help you remember.

For more examples of intervals and how to use them in songwriting, sign up for Soundfly's online course, "The New Songwriter's Workshop"!