Just How Prevalent Is Music Piracy in the Age of Streaming? 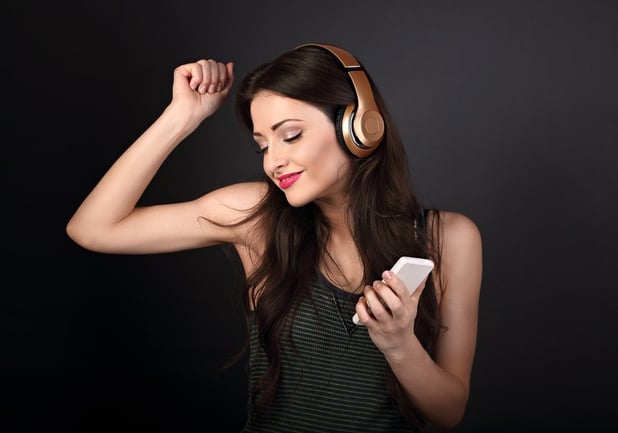 A version of this article originally appeared on Haulix.

Haulix is in the business of fighting piracy. The company was founded to reduce promotional costs for labels and artists while also ensuring unreleased music does not leak online. This was long before streaming came into existence (2008), but with each passing year since streaming came of age with services like Spotify and Apple Music, people continue to ask if piracy is really still an issue. 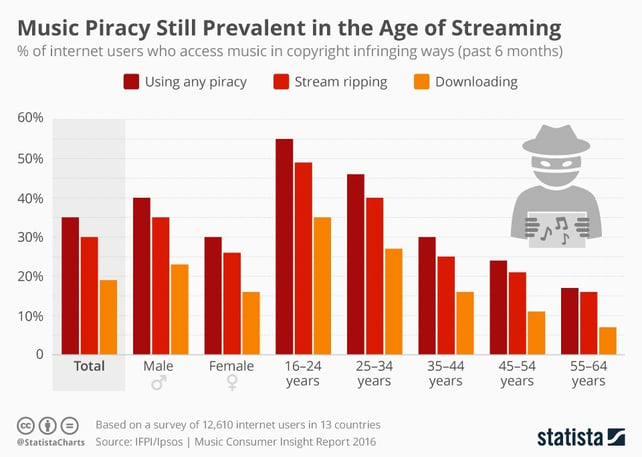 The answer, as you can see above, is a definitive yes.

A new chart from Statista compiles data gathered across 13 countries over the last six months. As you can see, more than a quarter of all people surveyed admitted to accessing pirated music, including more than half of those aged 16-24. This is the same group considered to be the "core demographic" of most alternative and pop music.

Streaming may have simplified access, but it still comes with a cost. Furthermore, streaming exclusives – like those offered by Apple Music – has lead some to seek alternate means of access the music so as not to pay for access. If a consumer is already using Spotify, for example, he or she is more likely to seek a pirated version of an Apple Music exclusive than to maintain two accounts (or switch altogether).

It's unclear at this time if we will ever find ourselves in an age where piracy does not exist.

Next up: How to Adapt to the Wide World of Streaming

James Shotwell is Director of Customer Engagement at Haulix.