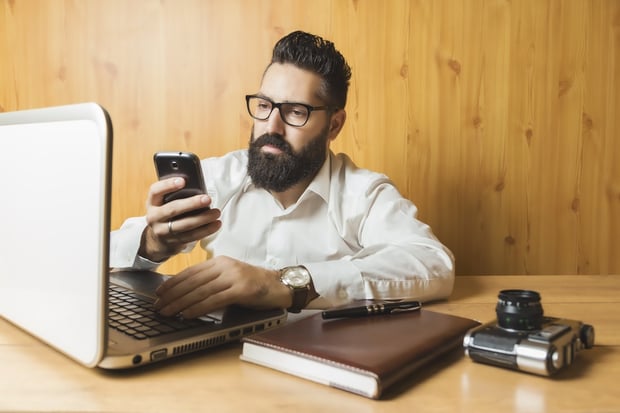 Everybody knows that having great images in every article about your band is good for your career. Plenty has already been said about what makes for a compelling live shot or a particularly stunning portrait, but not many people talk about the information that people need before they publish a photograph. There’s a lot more than just the artist’s moniker that goes into a caption.

Trust me, as someone who's written about musicians for a while now, it's extremely annoying to be ready to post a story or send off to an editor, only to realize that some detail was left out by a band’s manager or publicist. Please include all of this information along with any photo you and your team send for publications to use, as these details will make everyone's life and job much easier from the start.

Of all the info you’ll want to start sending along when you give away photos for use in media, this is perhaps the most important... which is what makes it so crazy that people forget or ignore it all the time. Publishing a photo without crediting the photographer is like putting a song out into the world and not crediting the songwriter. You wouldn’t do that, would you?

Not only is it a good idea to attach a photographer’s name to their work because it gives them the credit they deserve, but it can also be big trouble if a writer or an outlet neglects to do so. People might not think a picture is a big deal, but plenty of photographers get angry when their work is used without permission or proper citation, and that's bad for everybody involved.

I can’t tell you how many photos I’ve downloaded from emails or websites, only to have a hard time finding them in my computer’s files. This isn’t because they go into the wrong folder, and they don't just disappear. It's actually because the file name is something obscure, which has nothing to do with what is in the photo at all.

If you’re going to be sending photos to people for potential usage, take the extra three seconds and put a tiny bit of effort into the file’s name. In the end, it doesn’t matter much what it actually is, as long as it says something about the content itself. How much easier is it to tell what’s going on in a photo before opening when it’s called “BandNameLiveShot1-PhotoByName” as opposed to “Xd78jUYos”?

Where was this picture taken? Is it a staged shot at your home? Is it you and your bandmates in the studio, and if so, which studio, and where is it located? Noting where a photo takes place is especially useful and important when it comes to live photos, which can be some of the best. Was this scene captured at a festival, or a regular concert?

Sending this along for every photo shared is a great way to not only give the writer everything they may need (key word: may), but also to give the photo greater context, which is never a bad thing.

Keep this in mind for many of the same reasons as the location. Is the photo a month old, or was it taken seven years back? Was it shot during a special weekend or on a specific date that has some significance to you and your bandmates? Noting the date of the photo isn’t just helpful, it’s become the industry standard for truly professional photos.

Anyone who's worked with the media for a while in their careers knows that one cannot always control a story, or what else ends up as part of a potential article. While you may supply a writer with a great photo, they may end up going with something else, and usually, there's not a whole lot anyone can do about it. Having said that, it never hurts to suggest and provide those things you'd like to be used. Sometimes the writer may need a bit of help, or perhaps he or she is busy and decides to just stick with what’s been put in front of him or her.

Sending along a caption whenever you give away an image is a well-known PR technique that many of the best in the business use time and time again. It only take a few seconds to write a good caption, and the same one (or a very similar one) can be used over and over, so with every batch of pictures, there’s usually only one or two that are needed.

The caption can say anything you want, but it’s best if it includes what’s going on in the photo, as well as the name of what’s being promoted, whether it’s a song, a tour, or just the band. Even if just one writer in one thousand uses the caption you prepared, that’s still an easy win!

Different websites and content management systems have different requirements when it comes to the shape and size of images, but there are few (if any) that can make use of really small or low-quality photos. Do your best to offer larger pictures, because it’s a lot easier for someone to shrink them down than it is to stretch a picture, which usually makes it look terrible.

Do a quick Google search to see what image dimensions are typically used by bloggers, and do your best to adhere to sizes close to that when emailing. Also, try to have even larger (or smaller) images ready to go if someone asks.

If journalists are receiving this image as part of a pitch email or a press release, people will surely know the name of the band in the photograph, but who's actually featured? Only those who have been following your career incredibly closely will be able to pick out each member and label them correctly, while everyone else will have to ask or simply guess, and chances are they’ll get it wrong.

Send along the names of the members and where they are in the photo. You should look at a few examples before explaining in a caption who is who, but typically you go from the left to the right listing off names.

Next up: 5 Ways to Impress Music Journalists With Your Promo Photo