Transitioning From Behind-the-Scenes to Frontman: Advice From Kevin Andreas 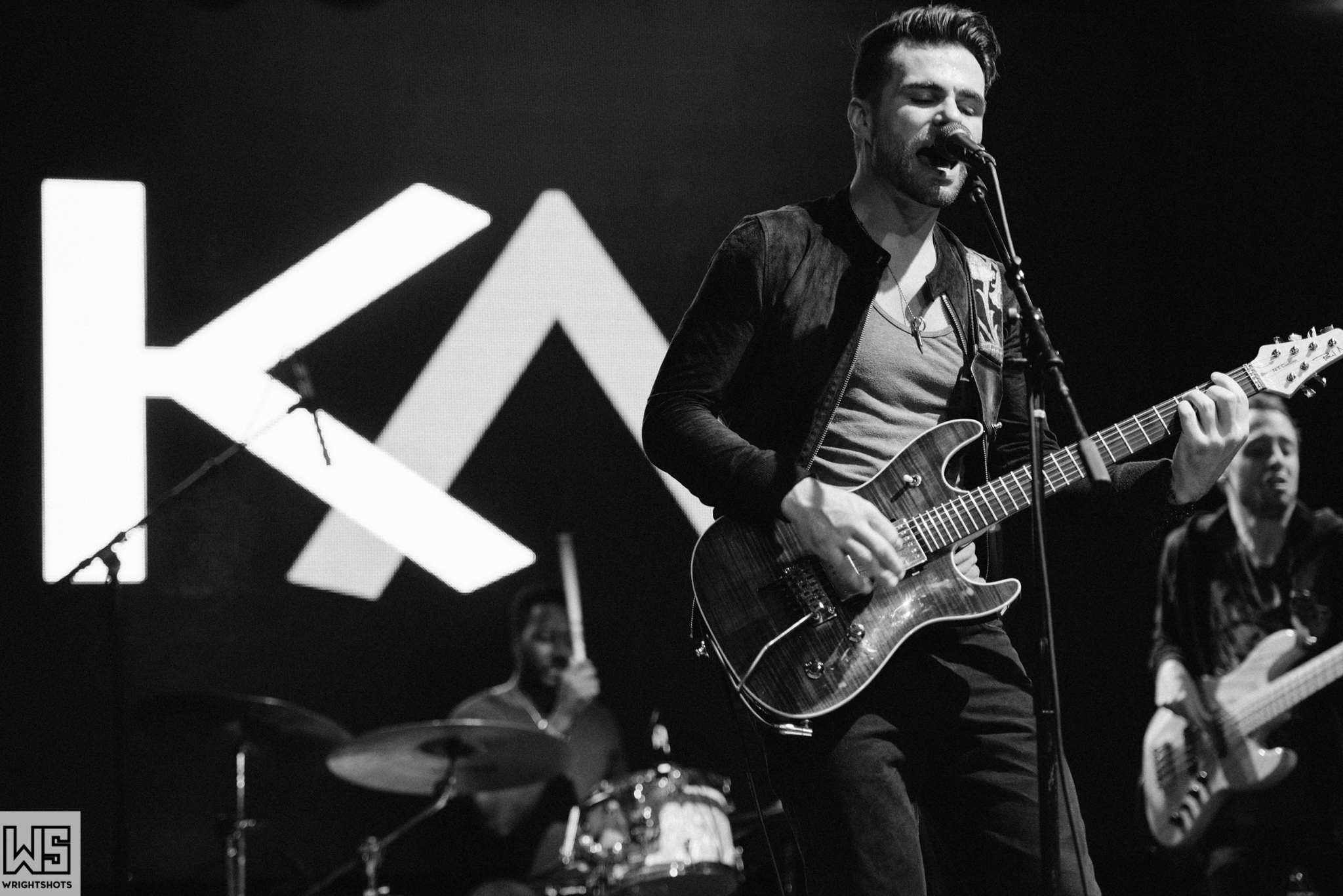 Image courtesy of the artist via sonicbids.com

In the world of music, we tend to pay the most attention to the stars in the spotlight, and it's natural that we gravitate toward the frontman or frontwoman of the music we're enjoying. But there's so much that goes on behind the scenes that we may never see. Plenty of musicians love working as songwriters, producers, mastering engineers, etc. For a few, there's a soft spot in the middle where you love pursuing side work for other artists but still can't help but lead your own way as a band's figurehead. Brooklyn-based multi-instrumentalist Kevin Andreas does just that. We caught up with him to learn about some of the impressive work he's done behind the scenes and how he's transitioned into a frontman in his own spotlight.

Throughout your career, you've worked extensively behind the scenes. Now, you’re taking on the spotlight. What inspired that transition? Had you always wanted to be a frontman?

I actually started playing in bars and clubs when I was 14 and was fronting a project called Redlight Cinema for eight years or so. When I stopped performing under that alias I went into a sort of hibernation mode where I began producing records for other artists. I then began to figure out what I really wanted to sound like with the added influence from all of the hip-hop and R&B records I was producing. So I've always been a frontman. I just spent some time working on the other side of the glass.

We get the impression that you're able to do a great job as both a sideman and a frontman because of your talents all across the music spectrum. Tell us all the roles you play as a musician, from producing to singing and beyond.

I grew up playing saxophone and guitar, dabbling in piano a bit. As I got older, I wanted to start making records on my own. I looked up to people like Prince and Stevie Wonder who were able to play a multitude of instruments on their albums. It was then that I really delved into programming and playing drums and piano, which is a huge part of what I do now in the studio. The guitar is actually more of a seasoning. The keys and drums are the meat of my productions. There is rarely a time where I don't play all of the instruments on my records now. I also mix everything at my studio in Williamsburg, Brooklyn. Start to finish, I'm pretty much doing it all.

Playing behind and with some amazing, world-class musicians and artists also helped me hone in on what certain elements needed to sound like. And I am very grateful to have shared the stage with musicians who play with some of music's biggest names today (Adele, Sean Paul, Fifth Harmony). I'm lucky enough to have many of those players with me when I perform my own material now.

You've done some really impressive work, such singing the hook for A$AP Rocky’s massively popular song, "Peso." How did that experience come about, and what was it like being involved in such a huge song?

I actually got involved with Rocky through a Craigslist ad I had posted looking for artists to produce and record at my newly built studio. At the time, Rocky hadn't had any traction and I was just the guy they hired to produce the vocal sessions and mix. They needed a hook for "Peso," and Rocky had the lyrics. I came up with a melody and sang it after a few blunts were passed around. I don't think anyone understood the magnitude of that track at the time. And it's a shame Rocky still hasn't given me proper credit and compensation for my work. But everything evens out eventually.

Do you still pursue work such as producing, writing, and arranging behind the scenes? If so, how has it changed now that you've emerged on your own into the spotlight?

I will always work with other artists, mostly as a producer. I am always looking for new sounds and artists who excite me. In turn, their energy impacts the way I make my own records. It's an invaluable exchange.

I would say that both [frontman work and behind-the-scenes work] have their place in my life. I love both. I couldn't just do one or the other.

If you were talking to a behind-the-scenes musician who, deep down, really wants to be in the spotlight, what advice would you give on how to make that transition?

Making a transition will always require an open mind and the ability to self-analyze with an objective perspective. Be open. Learn. Grow each time you make a mistake. And know the burden of the task you take on. Being a frontperson means you are responsible for the way in which the art is received. Energy is everything and people can always tell if something is real or not.