The Art of Making Acoustic Versions of Your Songs That Don't Suck: Advice From Lights 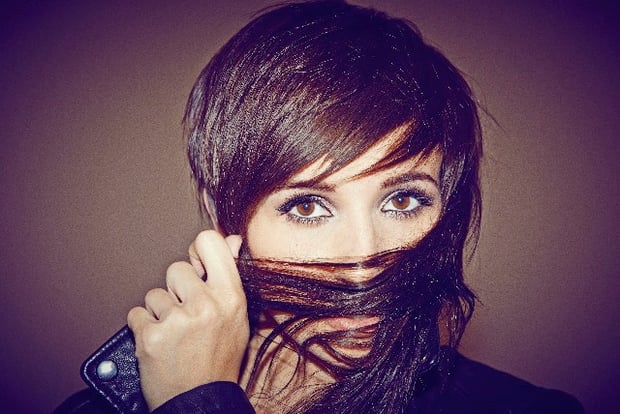 For synth-pop artist Lights, going acoustic is about creating something new. (Image via Warner Brothers Records; used with permission)

Have you ever wanted to give your songs new life by stripping them down and reworking them as acoustic pieces? For Canadian synth-pop artist Lights, this has become one of her specialties. Lights recently released her third acoustic project, Midnight Machines, which features eight songs – six of which are stripped down, reworked versions of songs that appeared on her 2015 Juno Award-winning album Little Machines.

We caught up with Lights to find out about her process for turning her synth-pop songs into radically different acoustic pieces, how she decides which songs should be given the acoustic treatment, and how these projects have expanded her fanbase. Lights also gave some helpful advice for musicians looking to strip down their music. There's a lot more involved than simply picking up an acoustic guitar.

When you're about to dive into stripping down and reworking a song, does it start with an idea on the guitar, or with the emotion behind the lyrics?

It’s kind of both. I think subconsciously I know what the lyrics can do. It's all about showing the same word with two meanings. A lyric, for some, like "Up We Go," will mean something completely different if you dress it up differently, and in the back of my mind, I’m always envisioning things happening different ways. It usually solidifies when I just sit down with my guitar.

I think my favorite thing about music is how it allows me to escape, and I just sit with my acoustic, zone out, and play spontaneously, and usually that’s when the emotion for a song emerges. Then it’ll take a couple different forms before it finds the one that ends up on the record. It’s just a matter of finding the most natural way of playing it if you want to strip it back.

How often have you found that reworking a song has potentially changed the meaning of it, and have you ever done this intentionally?

I think it is largely intentional. I wanted the EP to fill the void that Little Machines maybe left. Where Little Machines is high energy, existing in the moment, feel good, Midnight Machines is supposed to make up for the missing emotions, like the late-night, drunken, making-out, cruising vibe. With that, you want the songs to be able to communicate those messages, and they really do.

It’s amazing how a soundtrack can really affect the way you perceive what’s in front of you. We see it in movies all the time. If there’s scary music, you know something very scary is gonna happen. If there’s really sad music, a really exciting moment can really feel sad. It really depends on what kind of soundtrack we’re presented with.

The human brain is amazing; we really associate our moods with music, and it’s just kind of a big experiment of changing the intention of a song by putting something different around it.

You don't give the acoustic treatment to all of your songs, so what qualities make a song a good one to strip down?

The ones that already conveyed the Midnight Machines message didn’t need to go on Midnight Machines. "Oil and Water," "Speeding," and "Portal" – those three were kind of Midnight Machines [songs] already. They’re very chill, very relaxed, make out-y kind of songs. I wanted to take the ones that you’d least expect to be that way, like "Same Sea," "Up We Go," all the high energy ones, and just show how something can be completely flipped on its end.

Have you reached a point where you're always thinking about an alternate version of your songs during the writing process?

I knew from the get-go I wasn’t gonna do something purely acoustic, because I’ve already done that, and I always want to give something new, so I was kind of collecting references in my head like Lana Del Rey, Bon Iver, Explosions in the Sky, Joni Mitchell – let’s put all these worlds together and make a version of Little Machines that’s brand new.

What are some of the biggest hurdles you face when stripping down and reworking a song, and how do you get over them?

You know, it’s funny – this time around it was way too easy. There were literally zero hurdles. The only hurdle was trying to get everything done in time. With Siberia Acoustic, I think because I did the entire record, some songs were easier to translate than others, and I had a hard time with a few of them, so it was kind of like, "Oh, shelve [that song], wait 'til the end, and we’ll try again.” That happened with a few of the songs on that, but this time around it was a select, preconceived few, and it was really efficient. It went really smoothly. It was weird.

So basically, you've done this so many times that you know what's going to work and what isn't going to work.

I think what I’ve come to understand over my 10 years as a songwriter in the music industry is that you start to narrow down what you’re good at and what’s going to end up working, so you waste less time. It’s more like quality over quantity, as opposed to [how] I wrote hundreds of songs over the course of my life until I got to the stuff that was good, and now I'm just like okay, I’m not gonna write as many, but I’m gonna write the ones I like.

You have a fanbase you communicate with on a regular basis through social media. Tell me about the differing reactions you receive for your stripped-down work versus your synth-pop work.

One thing about the acoustic stuff is it’s a lot less subject to people identifying by genre. With my full-production records, you either like it or you don’t, because it’s a type of music, and some people just say, "Oh, that’s not for me." But with the way we’re playing things right now, these could have been played the exact same [way] 60 years ago. All the same stuff was around. I think that’s the beauty of it. It’s a little bit more for everybody, and that’s kind of what I see across the board. People from all walks of life seem to enjoy it and come to the show. It’s really amazing to see.

Have you had some of the "nontraditional" Lights fans end up picking up your previous albums and become full-fledged fans?

Yeah, definitely. I’ve had a couple of those, actually. We had a message come through management not too long ago from somebody who lives somewhere in middle America, and only collects vinyl, and had felt unmoved by music for years until they picked up Midnight Machines and had never heard of me before that, and is now a fan. That’s really cool, man, when you can still bring people in after having been doing it for so long.

If an artist came up to you and said they're contemplating making acoustic versions of their songs, what advice would you give to them?

First of all, I’d say yes, because I love that so much. I’m always trying to tell [my husband] Beau [Bokan] and [his band], blessthefall, to do that. They never listen to me [laughs] but there’s something just amazing about acoustic music that can enrapture people that otherwise maybe don’t identify with your regular stuff. It opens you to new audiences. So first of all, I’d say, "Good idea."

Second, I would say live with it for a while. That's the most important thing. Exist with the song in your heart, and in your mind, and in your body, and play it all the time by yourself, and let it find its existence in its new body before you try to force it and record it. It really has to happen naturally for something like that.

So it's not just, "Alright, here's the acoustic version, I've performed it once, and this is the way it's gonna go."

Yeah, because I’ve seen some bands do it where it’s just like, "Okay, we’re gonna do this song acoustically," and they pound away on their acoustic guitar the exact same way that they would with their electric and sing it the exact same pace and energy and tempo; the only difference is it’s just an acoustic guitar. There’s no reinvention there. It’s just changing an instrument, really, and that’s not the same thing.

I have a couple albums like that, and they're nice, but they're the same songs, just at a different volume.

Yeah, you’re not getting anything new, you’re just getting the less-loud version.

People are smart, and people who are fans deserve the best. They’re the reason you’re there, so you have to give them bang for their buck, man. You can’t cheat them and give them the same thing with a different instrument. You’ve gotta reinvent it, give them a new product, make it feel like a new song, make it feel like the first time all over again.