Live-Streaming for Musicians: Which is Better, Periscope or Meerkat? 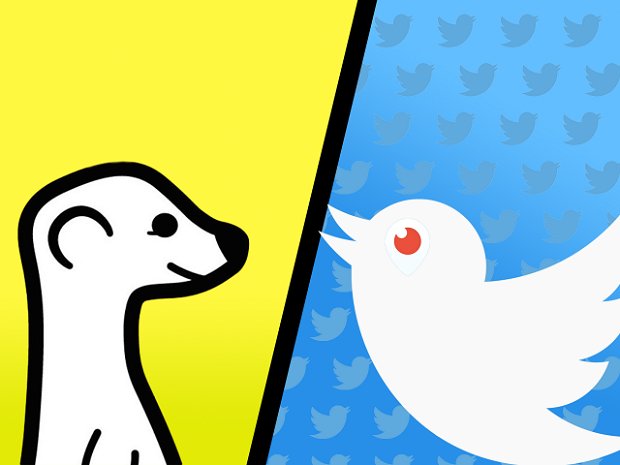 "Explore the world in real time through someone else's eyes." That's the tagline coined by Periscope, the shiny, new live-streaming Twitter app that's probably popped up countless times in your newsfeed as of late. And whose eyes would you rather see the world through than your favorite artist's?

For those living under a social media rock, it all began just a couple months ago when live video streaming app Meerkat launched, earning seemingly instantaneous worldwide buzz and giving eager folks yet another people-watching opportunity. Just weeks later, Twitter responded by launching its own rival app, Periscope, which quickly earned its own social media acclaim. The application for musicians is obvious: grant fans an inside peek into life on the road, broadcast a concert, or host a live chat where the band can respond to comments as they roll in.

However, in what feels like a race to determine which app will become Twitter's live streaming platform of choice, many artists are wondering which app makes the most sense to drive fans to. Let's review the pros and cons as they apply to today's social-media-savvy musician.

Periscope allows followers to replay your videos after the initial live stream. While Meerkat does allow the creator to save streams to their phone, reach on the app is still limited to those who are able to watch live. For a musician, Periscope's added reach is a major plus, especially when broadcasting to fans in different time zones.

Currently, Periscope streams are only available on Twitter. In contrast, Meerkat recently added the functionality to share its streams on other platforms. This means increased reach across platforms for Meerkat users, but still doesn't account for the issue of dead links once the stream is over. Plus, announcing a stream on any platform and driving interested fans to Twitter/Periscope to watch would probably be comparably successful. Let’s call it a tie here.

Put simply, Periscope has the privacy settings that Meerkat lacks. This could be a feature of interest for artists who plan to stream to just a targeted group of fans, possibly to reward winners of a contest or make an announcement to superfans first. Privacy is unlikely to be an issue for most musicians, but it's an intriguing option for a more creative campaign. Another point for Periscope!

No matter which app you prefer, it's hard to deny live-streaming's increasing relevance and importance as a campaign asset. The immediacy and intimacy of it connects fans and artists like no other form of live chat or premiere can. And in an increasingly overcrowded, competitive industry, it commands fans' attention at a moment's notice – an increasingly valuable commodity. If you're still asking yourself whether it's worth live-streaming on Twitter, I'd say to test it out and let the buzz speak for itself – live.

Jennifer Schwartz is the manager of interactive marketing at The Orchard, where she builds engaging marketing campaigns for a variety of record label clients.