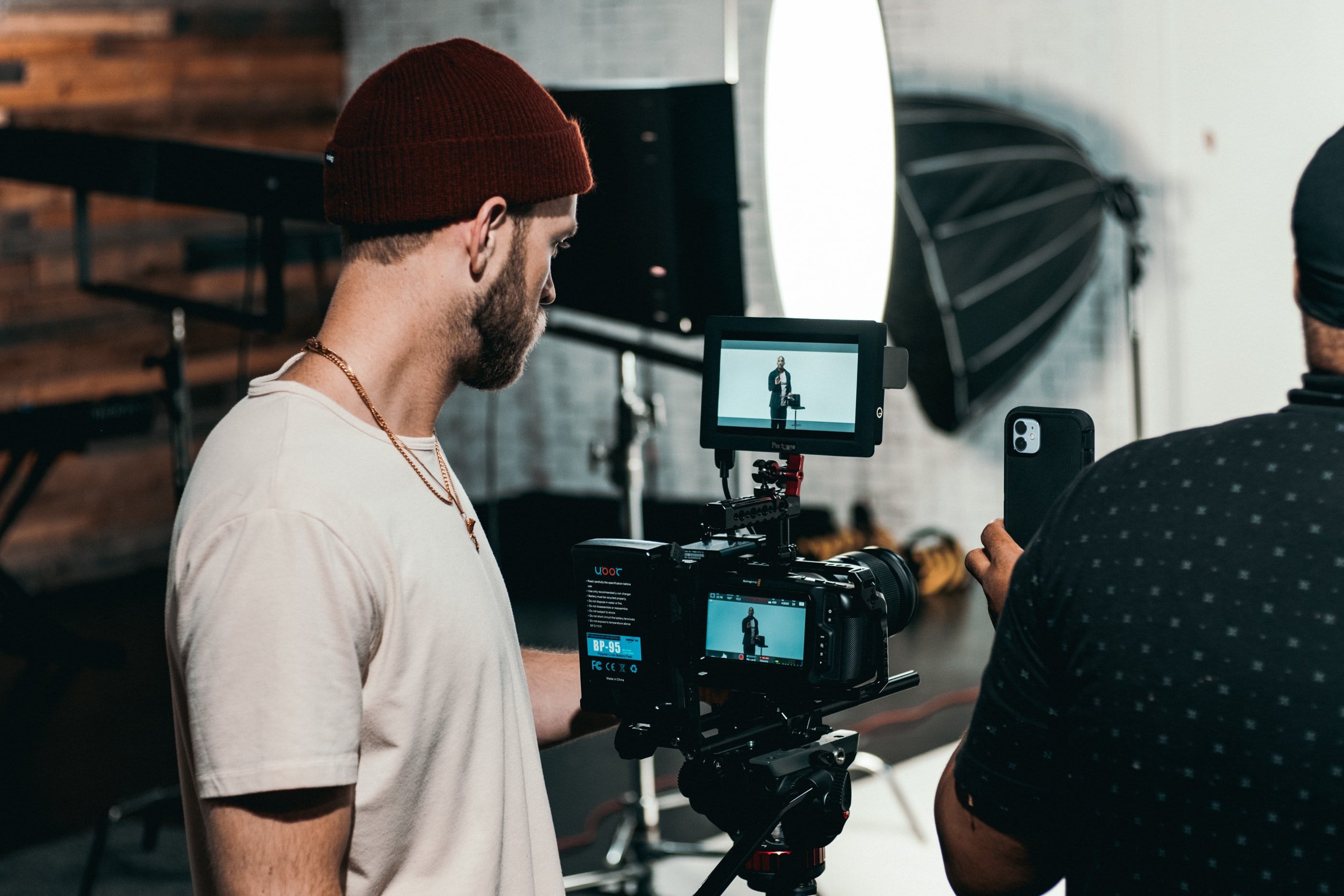 You make music because you want to create an impact, right? Whether that’s making your fans feel less alone, or just wanting them to get up and dance, you create music to foster a connection. But when it comes to actually getting your music out there so that people can see it and feel that connection? That can feel daunting, right?

Here’s the truth: no one is going to hype up your music as much as you—so getting your marketing strategy down is KEY.

While there are tons of ways you can help get the word out there, from hiring a PR agency to push it to blogs, playlists, and other outlets, or a little paid marketing via ads, there’s a ton you can do on your own as well. Let’s dive into it.

The marketing process actually starts before the video is ever released. So this means doing things to build up excitement for it before it’s ever released. You see some musicians doing this with pre-saves on Spotify, and that’s a great start, but what you want to do is really build excitement, and that takes some creativity.

One of the ways you can do this is by asking your fans to be a part of the process. For instance,

sharing behind the scenes video/photos prior to the video’s release. This should include both the making of and the finished product. Try to be consistent about this, sharing a few times a week at least, and being sure to inject your personality into it.

You can also do a livestream during the video shooting process. Doing that in real time rather than uploading a video later will help them feel a part of the process. They’ll feel like they’re in the room with you, and that will help build connection + anticipation.

This one is so fun and it’s a win on so many levels.

One of my favorite ways to incorporate fan-curated content this is through having fans contribute content to the video itself (like you see Sunny State do in his video for “Human”) This one is so great because it allows you to show your fans how much they mean to you by allowing them to be a part of the process.

Not only that, but once the video is out your fans will be even more eager to share it because they’re in it. Their friends will watch to catch a glimpse and because of that, your views go up your visibility goes up, and your music gets exposure to a completely new audience.

Have you ever noticed that when you include any kind of link in your post on Facebook, hardly anyone sees it? That’s because Facebook doesn’t want people leaving the site and so, the algorithm suppresses posts with links that go outside the platform. Which, make sense if you’re Facebook but not so much if you’re trying to get your music video exposure.

Not only that, the insights you’ll get from that video will be insanely useful if you decide to use ads.

Get in the DMs

This one is probably the most uncomfortable for a lot of people, but also the most beneficial. You’ve gotta get in those DMs!

Once your video is released, one of the best ways you’ll be able to get new eyes on it and make sure current fans see it is by simply sending it to them personally. And that’s where the DMs come in.

Now, you want to do this right. I do NOT want you to simply send someone your post with no context, or copy and paste a message saying “please watch my video” and spam it to 1,000 people. That will never ever work and the hours you waste doing that could be better used doing something that actually gets results (and doesn’t annoy people)

So, what I want you to do is have a little chit chat first. Get in the DMs and ask about them. Comment on something you saw on their IG, and make it about them for a few minutes. When they ask about you, that’s when you can say “actually i have this new video..” and give them a call to action. Don’t just say “would love it if you watch it” maybe say “I would be honored if you like it, if you share with a friend “ or, maybe take it to the next level and say, “I’m doing a contest…”

Celebrate with a Contest

Which brings us here! Everyone loves free stuff, and a little friendly competition. Running a contest for your new video is a great way to incentivize fans and future fans.

Here are a few ideas

-Run a contest where fans just have to share the video and tag you and by doing that, they’re entered to win. The more shares, the more entries

-Have fans create their own TikTok or Reel to help promote the video in a fun way.

-Ask fans to submit their own clips following the theme of the song/message, and compile them into a fan curated video (similar to the above strategy, but this one is solely fan made)

Then, you can offer a prize pack that could include anything from virtual hangs with the band, to a merch bundle, to gift cards, or tickets to your next virtual show.

Note: if you’re trying to appeal to new fans who don’t know you that well, throwing in something like a gift card can help, since a merch bundle might be less exciting to a very new fan.

What do you think? Are these marketing strategies you can see yourself getting behind?

Angela Mastrogiacomo is the founder of Muddy Paw PR, where her artists have seen placements on Alternative Press, Noisey, Substream, Spotify and more. Join her for her free Masterclass ‘How to gain your next 1,000 fans. 3 simple steps that lead to higher engagement, sold-out shows, and life-changing opportunities’.