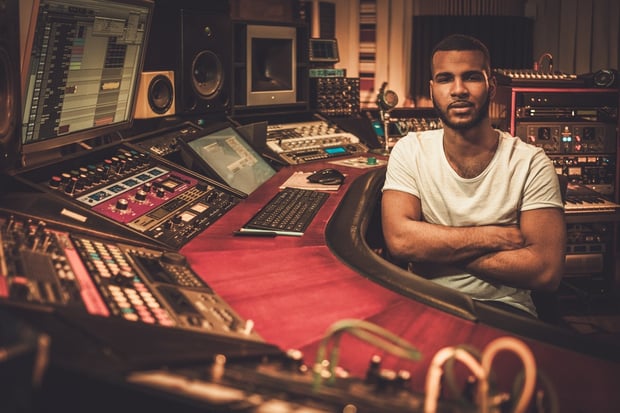 At Sage Audio Mastering, we realize that, for years, mastering has been viewed as "mysterious." It has been described as a “Dark Art,” and some think of it as the “Wizard” behind the curtain. Most people within the music industry don’t know what actually happens in the mastering stage, even though every single song that ever gets heard has likely been deemed “mastered” and ready for release.

Mastering is very simple to understand at its core. The goal of mastering is to enhance what is great about the performance and to tame anything that may hinder it from translating to the audience. Then, it is prepared to be released on all mediums.

Simply put, it’s to help your music sound the best it can in all situations. It’s the icing on the cake, the polish that makes it shine – it’s an echo of the whole music creation process.

Most misunderstandings come from a lack of knowledge in the history of a certain subject. If people don’t understand the “Why?” or “How?” behind something, we often fear it or move away from it. All of these approaches are normal, as it reflects people trying to apply language or understanding to confusing things.

This has happened to mastering, and let me assure you, there’s nothing dark or mysterious about it. If we could start to view it as just as important as writing a song, we could change the conversation and get a better end result sonically.

One of the reasons why it’s so misunderstood is because the mastering stage has not always been as tangible as other stages of the music-creation process. The original mastering engineers were literal technicians who were highly trained in electricity and mechanical engineering. These engineers knew a ton about how electricity works, how mechanical things work, and how frequencies impact each other.

They also had the understanding of everything that involves vinyl, tape, and any other mediums the audio might need to be transferred to. From the start, mastering has been a bit hard to understand because it requires such specific knowledge.

[How to Get the Most Out of the Mastering Process]

It’s easy to connect with a singer onstage with a guitar. It’s tangible. Most people understand what happens when someone sings and strums a guitar onstage. There is nothing dark or mystical about it because it is experienced so often. When we never see something, we often misunderstand it. This has happened to mastering, as it rarely gets seen.

Mastering isn’t as attractive as being a rock star for most.

Mastering requires an understanding of where songs are at in the mix stage and where they need to go in the mastering stage to translate in public. This is where the “Dark Art” starts to happen, as the choices one makes from engineer to engineer will almost always be different. You could give the same mix to five different mastering engineers and they would master it differently based on how they perceive music, but at the same time they could all be accepted as “good”.

Mastering engineers get paid as much for their stamp of approval to say something is ready for release just as much as they get paid to tweak and obsess over frequencies that, to most, would be viewed as splitting hairs.

Mastering is both detail and big picture, which is often misunderstood. It requires you to always be listening to every part of the song, every instrument, while keeping in mind the overall feel of the album as a whole. Above is a photo of an EP being sequenced. Notice that you can see an “overview” of the whole album and below that is a “waveform” view of just one second of one song. In mastering, you have to be thinking big picture and details at the same time. (Image via TuneCore)It seems almost impossible to hold two such thoughts in your head at once and make any sort of forward movement. Those who master often have a hard time expressing how they do what they do, which, for some reason, is often viewed as mystical, when, in reality, most stages of the music-creation process can be hard to describe.

If we think of a guitar player who plays a solo; often, they close their eyes, they almost go into a trance, and every note is full of emotion, perfect imperfection, and every time they play that solo, it’s technically different. The variables are always changing. Strings change, fingers are more loose or more stiff, and then there is, of course, the mysterious mojo that seems to surround rock stars. This is viewed as normal as we see it all the time.

If anything, people who play instruments are more of a mystery than mastering due to all the variables that can constantly be changing. At the mastering stage, there is a clear goal and the tools that are used are more consistent and precise.

Mastering engineers use tools specifically for the mastering stage, much like recording engineers may use a classic Shure 57 microphone on guitar cabs. There are no secret pieces of gear or magic buttons that are used at the mastering stage. The concept and approach of mastering is similar to all other parts of making music. Certain tools create a certain sound. Certain tools can manipulate certain variables in a song.

[Mastering: Decoding the 'What' and 'Why' of It All]

Mastering can be viewed just like recording a guitar cab. It requires the understanding of where a sound is and how you want it to translate. This, then, gives you the answer of what gear to pick or, more importantly, which gear not to pick. When we create music, we use specific tools for the stage we're in. This is not a mystery.

In most cases, using the tool that is specifically made for the stage you're currently working in will yield the best result sonically. Mastering gear is often far more precise. It is made to be “clean” and avoid altering the sonics of the song unless necessary.

At the mastering stage, EQ, compression, exciters, and limiters are just a few things that can be used. There is nothing “dark” about that. It is simply using the correct tool with the correct knowledge at the correct stage. For example, a typical mastering limiter has settings and parameters that work best at the mastering stage. It handles mix material better and can often help the mix sound great and translate to a larger audience more consistently.

Above is a photo of a classic mastering limiter by Manley. This limiter has specific settings that are made for the mastering stage. It will produce a much better sonic result compared to “non-mastering" limiters. (Image via TuneCore)

A final misunderstanding about mastering is whether or not you even need to have your music mastered. At Sage Audio, we believe mastering is the last stage and is necessary for any release. At the mastering stage, you want to hire someone who understands the tools and what is needed for a proper release that will impact all audiences. You don’t want to hire a guitar player to master your song, nor a mix engineer to master your song.

You want to hire a mastering engineer to master your song, as that will give you the best end product sonically and help your music reach a larger audience. You want to trust someone who has the skill set and the tools to make sure your music is heard correctly no matter where it’s being played. There is nothing mysterious about it, and if you have questions, most great mastering engineers are happy to help educate to get the best end product.

Next up: 3 Approaches to Mastering Your Tracks

Steve Corrao is the owner and chief engineer at Sage Audio in Nashville, TN.