Do I Need Mixing or Mastering for My Music? What’s the Difference? 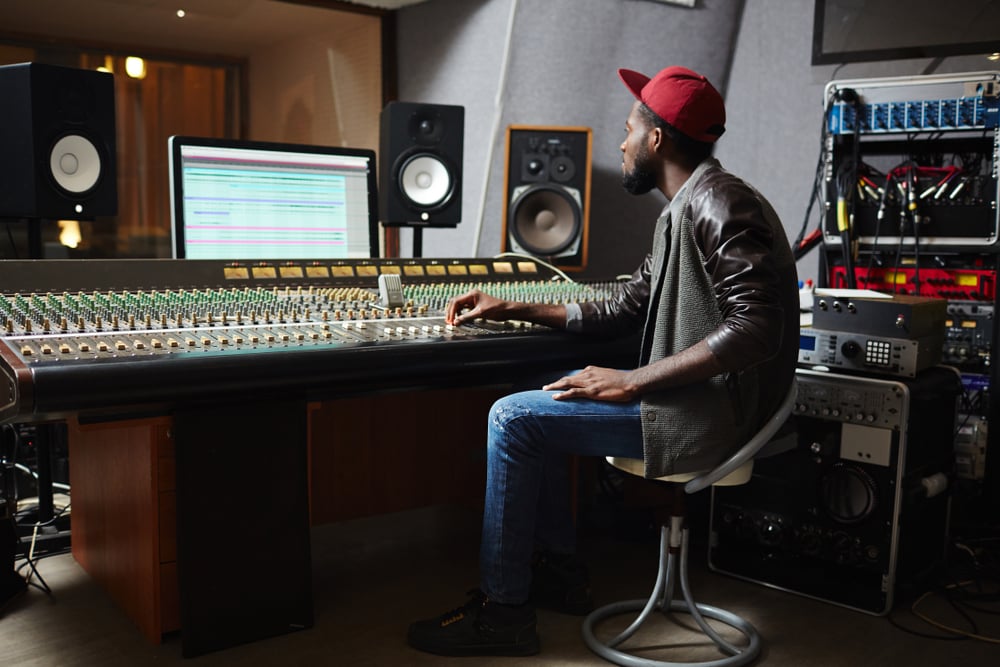 I still recall being a young aspiring musician recording my first ever album with my bandmates. We spent weeks working on perfecting our recordings, getting the takes just right. The engineer helped us along the way with mixing in amazing effects, EQ, and panning to get it sounding just how we wanted. When it was all wrapped up in the studio, we smiled and patted each other on the back and truly believed this was the finished product we had all been waiting for.

Then the engineer said something I will never forget.

“Okay, you just need to get these songs mastered and you’re ready to go.”

That was the beginning of my journey toward understanding the complexity of audio work and, more specifically, about the role of mastering in the recording process. Having performed music live for years and having dabbled in the studio, I understood that both used mixing; but I had never heard of mastering. How is it different than mixing? Why is it needed? Why didn’t my mixing engineer just do that work for us? I went looking for the answers.

You may already be familiar with the process of mixing. If you’re reading this article, then it’s likely you are at least aware that live performances use sound mixing boards to balance out the volume levels, panning, and EQ of each instrument and microphone line to ensure the performance sounds properly balanced. You may also be familiar with studio-based mixing practices, which incorporates what I just mentioned, but also includes effects processing like reverb, chorus, delay, saturation, and auto-tune, which can be applied to individual tracks or the mix at large.

Whether it’s a live or studio recording environment, mixing is there to achieve balance and glue songs together, both on the microscopic level of individual guitar, drum, or vocal tracks, and on the macroscopic level of tying everything together.

So we know what mixing is, but what exactly is mastering?

In a nutshell, mastering incorporates all of the audio work done on the master output from a mixed song or album. While originally intended as the mechanical preparation step for putting music into its final media format for playback, mastering later began to include additional post-mixing audio enhancement work in order to optimize the sound specifically for the various intended playback formats (ex: vinyl, CD, digital, etc.).

Eventually, as digital audio formats became the preferred playback method, the primary function of mastering switched almost exclusively to the audio enhancement of the master output of the mix, often known as the “sweetening” step.

But, isn’t it the job of mixing to optimize the music and “sweeten” it for a preferred playback sound?

It’s true that when you’re mixing, your aim is to make the song sound its best. But your primary goal during the mixing stage is to create the right flavor and balance of sound for your song specifically. So it’s almost as if mixing is focused internally on the song and the artist, and mastering is focused externally on the listener and playback format.

Mixing therefore does not necessarily include worrying about the final volume level, dynamic range, stereo image width, or any concerns about how it might sound on the many different playback systems listeners may be using. Those will all be taken care of in mastering, when we look at the song as a whole and how it will be presented to the world. Mastering is the set of processes aimed at the final combined stereo output after all the mixing work is finalized.

It is generally recommended that you hire different engineers to do your mixing and mastering, or at least use different sound systems. One stage focuses on the combination of individual elements and the other focuses on the sound as a whole. One looks at trees, the other at the forest.

If the mastering step begins after mixing is done, but my song is not really “done” until it has been mastered, then how do I know when I’m done with mixing and ready to have my music mastered?

Here are some scenarios that may indicate your song is ready for mastering:

There are some things you can do to help the mastering step turn out better.

First, always provide your mastering engineer with a mix output file that is a high-quality audio file, meaning a WAV or AIFF file at 24-bit or higher resolution and, preferably, at 48kHz or higher sample rate.

Secondly, be careful not to over-compress any of your tracks and, in particular, not to add heavy compression, limiting, or maximizing plug-ins on your master output channel. Leave the master compression adjustments for your mastering engineer, just like Joe Lambert says in the above video. Make sure to set all your volume faders to keep everything “under the red” so you avoid any clipping distortion.

Finally, don’t apply blending effects (reverb, chorus, delay) too heavily in the mix as they may stand out much more noticeably after mastering boosts volume and brings out details in the sound.

As you near the end of your mixing work, keep mastering in mind and start considering what mastering can and cannot do to help finish the sound. Remember that mastering is only the work done on the combined stereo (or multi-channel surround) audio file. So if you want a particular voice turned down or keyboard turned up, for example, this should be done in the mix where you have access to these tracks independently.

With some EQ, dynamics, and imaging adjustments, mastering can fine-tune the blending of sounds within the entire song, but it won’t make any major volume level or sonic flavor adjustments to individual components. You don’t want to focus so much on trying to boost the overall song volume level when you are mixing as that is an aspect that would apply to the master output of the mix and, hence, should be left to the mastering engineer to handle for you. The only overall volume level issue you need to worry about during mixing is to make sure your levels are not clipping as it will cause digital distortion that cannot be repaired in mastering.

So now that we understand what mixing is, what mastering is, and how to make sure mixing is done to optimize the results from the mastering phase, we should also consider when mastering may or may not be necessary.

Mastering requires additional time and work, and so it will cost more and take longer until you have the completed song or album ready to release. If you are simply producing a nice song to celebrate your great aunt’s 75th birthday party, do you really need to have it mastered? Probably not.

If you are putting together a demo of songs to send to a venue as part of their requirement to book you for a show and they need it this Friday, should you take the time to get those songs mastered? Not necessary. In these situations, adding a compressor, limiter, or maximizer plugin to the master output channel of your mix to boost the overall volume level is likely sufficient for your needs.

If you are submitting a track to a publisher to be considered for the music collection they will be pitching for an upcoming Netflix series, should you have your song mastered? Absolutely! If you have a full album mixed and ready to release on iTunes to share with the world should it be mastered? Definitely! In cases where you need to put your best foot forward, producing a fully mixed and mastered song will be the best way to go, every time.

If you are still unsure if your mix is ready for mastering, send it to the mastering engineer and ask their opinion. Any professional engineer will be able to help you catch potential issues in your sound and give you advice on how to address them within your mix to ensure best possible final results for your mastered song.

Next up: How to Get the Most Out of the Mastering Process

Erik Veach is the owner and lead audio engineer at Crazy Daisy Productions, providing mixing, mastering, and sound editing services since 2001. He is the original pioneer of automated intelligent mastering systems, introducing them for use in professional music production in 2003.