Musicians: How to Channel Stress Into a Performance Tool 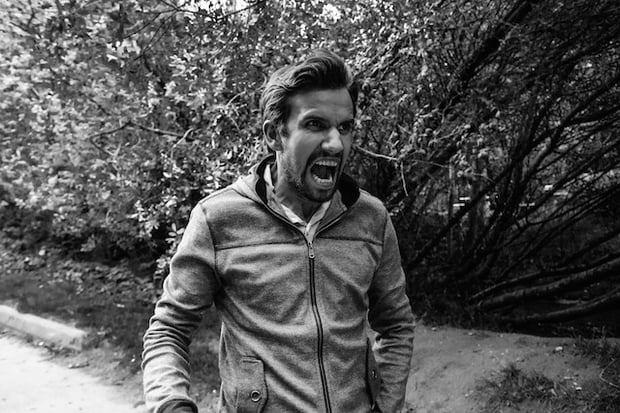 Whether it's music, business, sports, or any other aspect of life, getting stressed out is cast in an unfavorable light. Because of this, people have come up with all kinds of methods to stop the feelings of stress. Some swear by yoga, a soothing cup of tea, drugs, alcohol, or even sleep deprivation to rid them of their symptoms.

While some of those methods may work temporarily, stress has proven itself a tough opponent. In the realm of music, stress can have a major impact on performance levels. However, that impact doesn't always have to be a negative one.

Stress is actually not the problem here. Trying to get rid of it will only ignite a losing battle. The biggest problem that many musicians have not figured out is how to use it to their advantage. After all, anxiety is just a form of adrenaline and, if channeled properly, it can actually make you a better player.

Taking hold of stress is not as simple as telling your body to "calm down," though. A few key facts about the mind must first be understood.

Understand stress in the brain

Being the most complex organ in the body, you can't sum up the brain in a few paragraphs. Scientists have devoted entire lifetimes just to a certain part of the mind. Since we don't have those resources here, let's just take a shortcut.

When thinking about the brain, it's helpful to break it up into two separate regions – these, of course, being the left hemisphere and the right hemisphere. Essentially, scientists have come up with this simplified explanation to show that the left and right sides of the brain are independent, and it can be a helpful way to understand our mental state during a performance.

When it comes to the left brain, things like logic, numbers, words, rules, details, and judgment call that region home. Essentially, the left brain is that smart, party-pooper friend of yours that you all make fun of but can't live without. The right side is that crazy artsy friend of yours that loves sounds, patterns, images, emotions, and creativity. For musicians, it may seem that the right brain is the one you want to spend most of your time in, but that's not the case.

As a musician, you should be practicing regularly, right? Well, you won't get too far practicing without the left side of the brain, so don't be afraid to embrace it. Now, when it's time to leave the practice room and channel the creative side for a performance, then you can tap into the right brain. It sounds easy enough, but for whatever reason, most people tend to do the opposite.

While practicing, it's common for musicians to do so mindlessly. Just repeating scales and chords constantly until they sound better is not really using the best parts of the left brain. When we get onstage, though, it seems like the left brain is in full swing. All kinds of analytical thoughts come into play like excessive worrying, planning, thoughts of criticism, and emotions of the sort.

Your left brain may love this feeling, but as far as reaching your peak performance potential, thinking like this will be detrimental. In order to get in the "zone" that all musicians so desperately seek out, it's going to take some cooperation.

"Center" your brain when performing

Athletes have popularized the method of "centering" their mind before a game, but the technique goes back much farther. Centering is an ancient exercise that was widely used in the Japanese defensive martial art Aikido. The purpose of centering is to help one focus on the moment by stripping away outside stress and negative thoughts. As a result, you will remain stable, and your right brain will flow freely. Additionally, the practice of centering will help take that stressful energy and redirect it in a beneficial manner.

Think about all the times you've been stressed in the past. Most likely, you'll remember feelings of rapid breathing, muscles tensing, palms sweating, and heart racing. These are normal reactions to stress, but if you think about it, it's just a form of adrenaline.

Centering will help your mind use the adrenaline to create a sense of calming and focus. This is actually easier than you might think. Now, don't get a personal Aikido trainer to take on the road just yet. The modern technique is widely used and was developed by sports psychologist Dr. Robert Nideffer in the 1970s. It can be practiced by everyone in any location.

How to get in the zone, step by step

To being your journey into the centered state, first, just practice breathing. Breathing comes relatively easy to all of us (hopefully), but rarely do we give it much thought. Focusing on breathing makes it easier to enter a concentrated state, and it only takes a few moments.

Let's say you're lounging around the venue waiting for the gig to start. Once you've mingled with the fans and made the necessary rounds, find a quiet place to sit. Start with a deep breathing exercise like this one. You'll begin to mindfully release the tension in your body. Continue the deep breathing while you pick out sources of tension. Pay attention to each feeling of tension, and you can begin to relax muscles by clenching them and releasing them.

Once you've done that, it's time to physically find your "center." Your physical center of gravity is said to be two inches below your navel. Now, this area doesn't hold any kind of magic power or anything, but it's there to serve as a reminder. When you start to feel stressed, think about the center of gravity to remind you of your balance and control. When you find the center in this moment, start breathing deeply until a sensation of stability takes over.

It's time to get onstage. Before getting up there, imagine all the energy within your body. It might help to visualize an object in which to put all this energy, like a balloon or box. From there, visualize that object filling up with all the negative thoughts you may have and then let it go (cue Frozen soundtrack). After that, take a few more deep breaths and think about what you want to achieve while onstage.

The idea of this alternative treatment is to get you in "the zone" before even getting onstage. You'll be eager to get up there and perform when you're thinking positively from the start. Remember, ignoring stress is one of the worst things a musician can do, so try embracing it from time to time.