No Room for Divas: Why You Should Leave Your Ego Behind 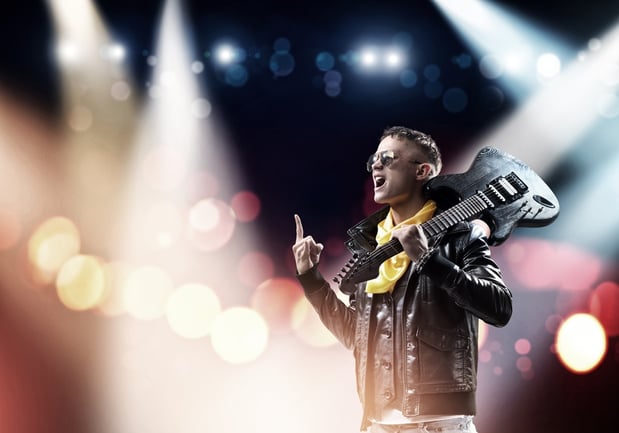 This last spring, I watched the band Culture Abuse play the Boise Knitting Factory opening for The Story So Far. Sometime during the set, vocalist David Kelling addressed the crowd, comprised mostly of starstruck teenagers waiting to watch TSSF, with a speech unlike any I would expect to hear at a show that big. “Hey, nobody in a band is better than you!” Kelling said with a wide grin on his face, and you could tell he meant it. “Anything you see us doing on this stage, you can do, too.”

His message was important and one I’d love to hear from artists at any level of success. Memories come to mind of local support bands leaving once they play (and taking all of their friends with them), or stories of touring artists demanding fans to refill their drinks, as if fans should feel lucky to be in their presence (a good friend of mine actually was on the fan end of this). Stay humble and keep a few things in mind.

Promoters are doing you a favor by booking you

Whether you’re a headliner or local support, promoters put a lot of effort, time, and money into getting people out to your performance. Often, this is at the risk of losing money or not breaking even. Now, I’m not saying you shouldn’t be upset with promoters who do bad jobs, but respect that they’ve gone out of their way to book you.

See, most promoters I know, “big time” or not, don’t make their living off of booking, especially for bands like yours and mine. If you’re a local artist, thank everyone who allows you onto their events and try to maintain a good relationship with them. Do your best to get as many people out as you can and promote yourself to the best of your ability.

If you’re from out of town, be grateful that someone went out of his or her way to get you in front of people. Whether you have a draw or not, there’s still work that goes into setting a show up. A promoter often books artists on chance their show will be profitable, not a guarantee of it.

[How to Maintain Good Relationships With Venues]

Everyone you play with is your equal

It’s natural to talk about other bands behind closed doors and to dislike their music or their personalities sometimes. But as a musician, a performer, and an entertainer, they're your equals. If you’re a local band, every other local you play with is part of your local scene. They're your peers whether you like it or not.

It's my belief that you should try to catch at least part of each artist’s set. You, in all honesty, are a part of their draw and their audience. If you can’t do that or are leaving early for some reason, at least try to talk to them a little bit or grab some merch.

If you’re on a touring circuit, I’d argue the same actions are good, even though they're not always essential. It can be draining to watch a local band every night for two weeks in a row, especially when they often aren’t very good. And, of course, you could have been driving for eight hours and haven’t eaten since last night, so you’ll want some food before you play. But at least thank the locals for playing and for bringing people to see your sorry self. You’re not any better than them because you’re from out of town, and they showed up to help you have an audience.

Fans and showgoers are the fuel for your career

People who watch you and buy your music are the ones who keep your career going. You could be the most talented musician ever, but without people to watch you or buy your music (i.e., no demand), you’d just be playing for your stuffed animals forever.

How many venues have shut down due to people not coming out to shows? How many tours have been unsuccessful because people weren’t buying merch or sticking around to watch the bands? Fans and showgoers are just as important as the artists they go to watch. So when they’re watching you, thank them for coming out and say it like you mean it. Showgoers being there isn’t something you deserve – it’s something you’re very lucky to have.

To the self-entitled musicians: do you see yet that there's no room for your ego in this game? Every player contributes and is essential for a win. Everyone offers the scene and industry something valuable and necessary to keep it going.

Do you have any stories of musicians acting absolutely abhorrent to their peers and the people who make their career possible? Or, on a positive note, do you have any awesome stories about an artist treating those around them especially well? Shoot me a tweet @Robolitious and we’ll exchange our stories!