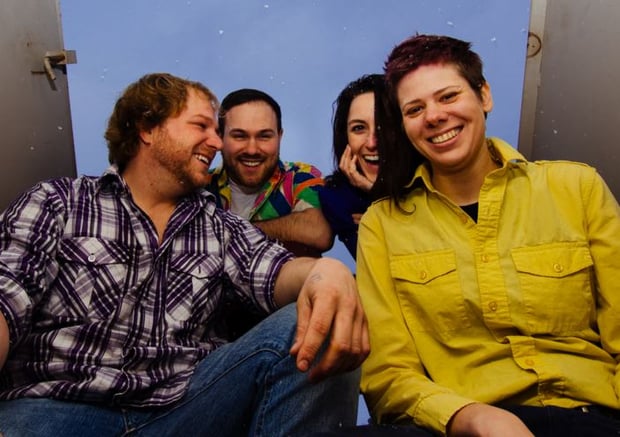 Boston's own indie-pop outfit Marriage Material recently achieved what many bands only dream of: they staged a successful Kickstarter campaign. As a result, they were able to get some killer recordings on tape, land larger gigs via Sonicbids, and nail opening slots for the Rare Occasions and Talisco.

The whole process has taught them a lot about being in the music business, and they were kind enough to share some of their insights with us during their recent office gig at Sonicbids in Boston. Here are three tidbits from Marriage Material vocalist Chelsey Reynolds to you. Use them and get your music out there!

So now that the band's well on their way to climbing that elusive indie ladder, what's next? Recently, Marriage Material added guitarist extraordinaire Gianlorenzo Galiano to the mix to expand their range. Along with reworking some of their older songs and recording new ones, they're looking forward to performing in Boston and Providence this spring and can't wait to hit the road at the end of the year.

Check out the band's performance of "We'll Talk Later" live from our Boston office, and don't forget to catch them on tour!