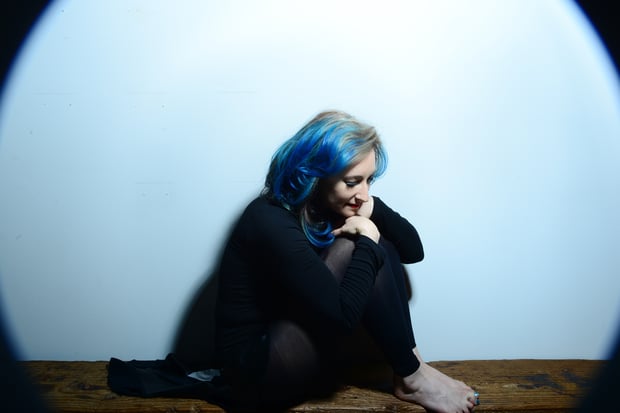 Rachael Sage has the kind of story many artists can relate to: she was told she couldn't sing, she was rejected over and over, she took years to find her unique sound, but ultimately, it all finally paid off. What makes Sage unique is how much emphasis she puts on supporting other musicians, and how it actually helps your music grow both professionally and artistically. As a longtime Sonicbids user, she's played huge stages across the country, sent demos to Ani DiFranco that landed her an opener slot on tour, and after you read the Q&A with her below, you're guaranteed to become a believer in the saying, "Hard work pays off."

You've had the kind of indie music career that most people would envy – from playing stages like SXSW, CMJ, and Rocky Mountain Folks Festival to garnering a whopping 24,000 likes on Facebook. What were your beginnings like, and what were some of the key steps you made to work your way up to where you are now?

I first started writing songs when I was a little kid. I was writing little instrumental pieces on piano around three years old, then adding words by age four or five. By the time I went to sleepaway camp, I knew all kinds of songs on Top 40 radio, had dozens of my own I was eager to share with peers on the camp piano, and started performing at weekly talent shows – I was hooked! By the time I was a teenager, I was dubbed the "female Howard Jones" of my high school, because I would play assemblies and talent shows and even create scores for the theater department using all kinds of synthesizers and drum machines.

College was where I really developed my lyrical approach, and where I started to dig much deeper as far as the emotional content and storytelling aspects of my music. Once I got a regular gig at the Stanford Coffee House (at Stanford University) and started delving into some of the more classic folk/rock artists I'd somehow missed growing up, things started to make much more sense for me as far as the shift I wanted to make toward being a more "serious" singer-songwriter, tackling both personal and sociopolitical concepts.

I hung out at the Bitter End, CB's Gallery, and Siné almost every night, recruited some wonderful musicians who are still my good friends to this day, and essentially set about making my "no apology" recording: something I would be excited, proud, and eager to share with as many people as I could, with no disclaimers. Eventually, I sent my album to Ani DiFranco (which included a song I'd written for her), who invited me to tour with her, which was a huge, overwhelmingly exciting opportunity for me.

No one becomes successful in a vacuum, and it generally takes a lot of support, gatekeepers, and believers for any single artist to achieve his/her potential.

I took every gig I was offered, I applied to countless festivals, pitched endless opportunities to support others, and had a seemingly endless well of "chutzpah" every step of the way (which sometimes amazes me, because I don't know if I have quite the same nerve anymore, as I've mellowed). But my goal of trying to keep getting better at performing and developing my sensibility as an artist was a constant, so I embraced whatever opportunities served that goal for many years. I entered numerous contests and attended conferences like Folk Alliance. I also surrounded myself with supportive groups of women such as Indiegrrl, GoGirls, and even my own small artist collective of a half-dozen female artists called UrbanMuse, all of which encouraged me to not only be a strong individual artist, but to recognize that helping each other and being a part of the indie community at large is both an enriching responsibility and a way to expedite creative growth. Those were great early lessons and have made all the difference in my career! No one becomes "successful" in a vacuum, and it generally takes a lot of support, gatekeepers, and believers for any single artist to achieve his/her potential.

Every music career is going to have at least a few (okay, maybe more than a few) rejections, setbacks, and challenges. What were some of the big ones for you, and what's your go-to method of coping and persevering?

Well, for starters, as a young girl trying to get the attention of (mostly male) industry people, I was often praised for my songwriting abilities but told very flatly that I should not sing my own songs. I always identified with the great Carole King for that reason; I kept thinking, "Well, eventually she came out with her own record and millions of people were moved by it," even though early on she was perceived as more of a behind-the-scenes type of talent, writing for others. For whatever reason, the perpetual criticism I received for my voice only fueled my determination more, and once I discovered artists like Suzanne Vega and Ani DiFranco, who had quirkier vocal approaches, I felt like finally there might be a place for me in the music business. So really, all of that early rejection just helped push me toward a new set of goals, focused as much on what I wanted to say, as how I was going to sing it.

Since then, there have been so many rejections and setbacks – everything from literally catching pneumonia and having to cancel a TEDx Talk in London, to being sick when I had finally, after several years of applying, garnered a NACA showcase in Boston, to choosing the "wrong" collaborator and having to admit that to myself way too deep into a project, to just getting up some days and wondering if I'll ever break through a stretch of writer's block. There have been very physical challenges, like sleep deprivation or depression, or vehicles breaking down on tour. I've also had challenges with musicians I've loved playing with, but who might simply need to go in a different new direction. Every relationship has its own set of challenges and dynamics, but throughout it all, I think I've just relied on something very simple to ground me and persevere: my work ethic. It seems like an oversimplification, but I've just always had an innate drive to make stuff, to do more, and to try to use the gifts I've been give, to their fullest.

And when all else fails, yoga and crafting are two things that really help me let go of negative energy and reset!

Gig submissions are plentiful, but it's not always easy to seal the deal. Through Sonicbids, you've had a huge success rate. What would you say are the ingredients of a standout EPK and application?

This is an interesting question for me because I've been on both sides of the fence as far as Sonicbids. At my label, MPress Records, we accept submissions for an indie charity compilation series we release every couple years called New Arrivals. My team and I receive many songs and EPKs, and of course, the most important ingredient is having great music, foremost! Everyone has different strengths, whatever the context; some bands are tight and well-produced, some are garage rock and raw, some singer-songwriters sing in a wispy, soft tone surrounded by beautiful arrangements, and some are aggressive or soulful or lyrically dense. I'd simply say that whatever your "signature strength" is, make sure you're projecting it very directly, so no one is left guessing who you are and what makes you unique.

If you're a jam band who's played big festivals, put that front and center. If you're a glam-rock group whose look and attitude is as important as the sound, make sure you have terrific photos that grab the eye. Be you times 100! In my mind, that's the most important thing to consider, because while not everyone will love what you do, some people are bound to be your target audience, so make sure the message of who you are – and everyone has one, really – comes across.

And obviously, in an application, it's always best to limit information to what is actually requested and relevant. Remember that the people on the other end are very busy, but also probably very passionate about music, so your first song – and even your first four to eight bars – should be something you'd want to start your set with at your dream venue. I always imagine Madison Square Garden, myself.

Tell us about some of your favorite opportunities you've gotten through Sonicbids.

Some of my favorite opportunities have included: Midem, SXSW, CMJ, Falcon Ridge Folk Festival, Kerrville Folk Fest, and Rocky Mountain Folks Fest. I've also garnered opportunities to perform at various Pride festivals and concert series. But being a part of Sonicbids' Midem showcase is a standout for me, because that is how I ultimately met Judy Collins' manager, who was attending. She heard me perform, and then later invited me to support Judy, which is something I still do frequently, and also led to me singing a duet with her on my current album. So really, you just never know who will be at any gig, and I have Sonicbids to thank, indirectly, for those very cherished relationships.

You've mentioned that you're a big advocate of musicians being leaders, no matter how far along you are in your music career. In what ways can indie musicians be leaders?

It's true, I am a very big advocate of musicians – and artists in general – being leaders however they can! I encourage performers at just about every level to recognize that there's always someone more "emerging" than you are, and you can always offer an opportunity to someone else. Create opportunities for others as soon as you have the leverage to do so, whether it's offering a gig swap, starting a songwriting circle, taking a fledgling writer/singer/producer out for coffee to discuss their goals, or whatever you can offer. It's good karma, helps widen your community of peers, and may even provide you a platform to reach out – as my charity CD compilation series New Arrivals did for me – to some of your idols.

I founded New Arrivals a decade ago to help bring attention to some of the best indie music that was coming into my label, MPress, and then we widened the submission process to include the Sonicbids platform and feature one more established "headliner" on every volume (i.e., Paula Cole, Glen Phillips, Jill Sobule). It's been a really gratifying project that's not only helped us discover a lot of excellent new music and help it connect to a wider audience, but it's also been an effective way to help raise funds for several causes near to my heart – such as National Network For Youth and World Hunger Year – which has been a win-win.

What's the best piece of music career advice you've ever gotten that you'd like to pass down to budding musicians?

It seems like the best bit of advice I ever give boils down to making sure the work you send in is your absolute best no-apology recording, and that your written materials and imagery are up to the level of your music, so the only excuse the talent buyer has for not choosing you is subjective taste. Basically, the old Derek Sivers-ism (founder of CD Baby) of thinking of the person on the other end and really trying to be the artist who makes them smile, or [saying or singing] something altogether refreshing or even disarming, and presenting as committed and cohesive a version of your persona as possible so they're not scratching their head wondering what or who you are – vs. being taken in by your professionalism and creativity, on every front.