Rushing the Tempo? Use These 7 Tips and Tricks to Fix It Once and for All 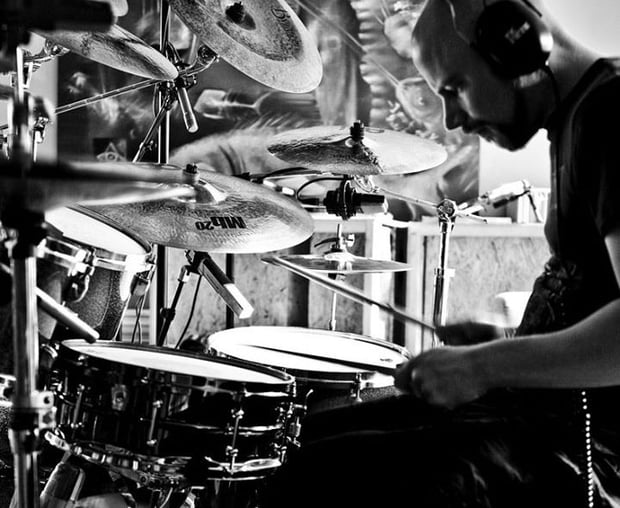 Photo by Anders Johansson via Wikimedia Commons / CC BY 4.0

Here are two scenarios that might sound familiar. In the first one, you and your band sit down to hear a live recording of your show, and your first thought is, "Wow, that’s fast!" In the second one, you’re playing a difficult piece and suddenly come to a section that can’t be played because the tempo is impossible!

Live shows cause an adrenaline rush, and that energy, all too often, makes players rush. This is not always a rookie problem. It happens with certain players on certain songs. If it’s your drummer who’s rushing, it can be almost impossible to resist the urge to pick up the tempo, too. There are times when rushing builds excitement, and then there are times when it detracts – or worse, makes the song unplayable. Fortunately, this is not a new problem. Drummers are full of helpful hints on this matter, some of them decidedly zen-like. We’ve compiled a few of those tips here.

1. Focus on the rests

Take things back to the fundamentals. Imagine a quarter note, then two quarter rests, then another quarter note. When you were a beginner musician, did your first teacher ever remind you to give the rests their full value?

In the art of music, space can be as expressive as sound. Don’t shortchange the silence in your songs just to get to the next beat. Focusing on those rests will prevent you from shortening up the end of a measure.

2. Send a reminder to your right brain

This self-coaching practice can take many forms. For some, it’s looking at sheet music and focusing on the white paper under the black ink – the canvas upon which the song is painted. Some players might tape an index card that reads "pace" to a bass drum. Or you could take a moment to intentionally relax yourself and say something internally about keeping good time.

These might sound silly or obvious, but in a well-rehearsed band, you’re always trying to get into "the zone," that place beyond conscious thought in which the songs seem to play themselves through your hands. In that place, your right brain controls your breathing and your heartbeat without volition and without mistake. In this unconscious place, your playing will be as constant as the beat of your heart.

3. Lock in with a bandmate

Chances are, there’s someone in your band who has terrific tempo, someone with whom you consistently lock in. Focusing on that player during difficult sections will get you through without tempo problems and without the effort of thinking about it. This two-person lift effect is responsible for the steady groove that most bands try to attain. Of course, it’s better if the whole band can lock in this way. That’s a magical achievement that will make your sound intense and powerful.

Is there a particular song, section, or fill that’s making you stumble? Practicing that part with intensity can correct the problem. Play through the part at a slower tempo so that you can analyze the details. When do you feel tension? When do you feel relaxed? Can you change something in the part to make for an easier transition? For example, could you change a hit from the floor tom to the left rack tom to make for a shorter throw back to the snare or hi-hat? Being slightly overtaxed physically makes players overcompensate; groove and tempo often suffer as a result.

Obviously, working with a click track can fix the tempo in your head, helping you obtain perfect rhythm in the same way that a classical cellist might have perfect pitch. However, used too often, this can become a crutch, especially since most players don’t use an electronic beatbox onstage.

One method to constantly self-test and correct your tempo is to use an intermittent click. Using a metronome, computer, phone app, or whatever timekeeping tool you have, program a click track that periodically drops out for a measure or two and practice to that. When you come right back in on the one, after two measures without the click, you’ll know you’re the master.

6. Be a drummer, not a stage magician

A drummer supports and enhances what other players do. Drummers onstage should not be biding their time until the next big fill, trying to dominate the crowd’s attention. The group should work together to express a great song, which means good listening, low ego, and not being a "now for my next trick" musician. Listening, interacting and doing what’s right for the song will ensure that every beat matters in the context of the song and isn’t just filling space until some dramatic showoff piece. Showing off isn’t always bad, of course. It’s just that the song is about more than that and should be played that way.

Building your skills as a timekeeper is a matter of continued attention and practice. If you want to go beyond the metronome, gadgets exist that will actually time you rather than just counting. Such a timekeeping tool will measure the space between hits, inform you about your pace in terms of beats per minute, and let you know in real time when you’re wavering – a very helpful thing to know as you keep striving to be great.