Songwriter Equity Act of 2014: Will it Help or Hurt the Music Industry? 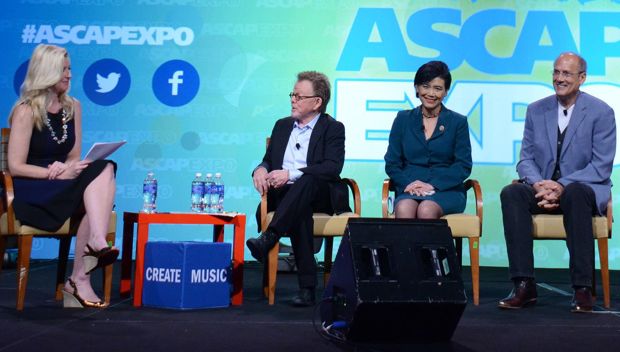 Services like Spotify and Pandora are great for users, who are given instant access to millions of songs for a low monthly fee. But as anyone who follows the music industry ought to know by now, they’re not great for songwriters, as Cracker’s David Lowery rather famously pointed out last June. His band’s 2006 hit, “Low,” was played 1,159,000 times in a single quarter last year, for which Lowery was compensated with a measly $16.89 check.

Some of our congressmen and congresswomen are now working to change that with the Songwriter Equity Act of 2014. Introduced in February by Congressman Doug Collins (R-GA), the bill seeks to protect the interests of songwriters by making sure they are compensated fairly, especially when their songs are picked up by streaming services. Industry support for the bill is strong among organizations like ASCAP and BMI, but groups that have to pay royalties, such as the National Association of Broadcasters, are fighting it.

There are two main components to the bill, both of which address outdated portions of the Copyright Act that “prevent songwriters from receiving royalty rates that reflect fair market value for the use of their intellectual property,” according to a press kit from the bill’s sponsors. “That has created inequity in the marketplace that harms America’s songwriters and music publishers.”

To understand the changes that the law proposes, you have to know that a digital stream of a song, like those provided by Spotify, are considered a “performance” of the song. According to Section 114(i) of the Copyright Act, federal rate courts are forbidden from considering sound recording royalty rates when determining what performance royalty rates should be for songwriters or composers. The Songwriter Equity Act would allow a rate court to consider other royalty rates as evidence when establishing digital performance rates. So for example, if a songwriter like Desmond Child (the man behind Bon Jovi’s “Livin’ on a Prayer”) goes to federal court to set the digital performance rate for his songs, he would be able to use the royalty rate at which Bon Jovi is compensated for that song to help make his case for a good rate for himself. Under the current copyright law, he's literally barred from bringing that evidence into the courtroom.

The second point the SEA seeks to address is the adoption of a fair royalty rate standard for reproduction licenses. “Section 115 of the Copyright Act has regulated music compositions since 1909, before recorded music existed,” a statement from the SEA’s supporters states. As a result, the Copyright Royalty Board (the government entity tasked with setting royalty rates) has been operating under a severely antiquated system for far too long, resulting in an undervalued rate for licenses to reproduce a song.

Like all copyright concerns, this issue strikes Congressman Collins as essentially a safeguard to keep innovators invested in creating. “Today, there are more than 45,000 songwriters in Georgia that deserve honest pay for their honest, original work,” he said in a statement. “For their sake and for the generations of these talented innovators to come, we have to update our laws to encourage creativity and ensure fairness in the marketplace.”

How will this affect songwriters and the music industry as a whole?

If you're a songwriter, this is nothing but good news, as this bill is designed to protect your interests. If not, there may be some drawbacks in the form of higher prices for streaming services.

"Raising the price of digital streaming would be the wrong technology call," states a recent editorial in The Washington Times. The higher rates would be passed on to consumers."

But considering those higher prices would reflect a marketplace in which the people responsible for penning the songs we love were better compensated for their work, it’s hard for me to see that as a negative.

To be fair, the bill still leaves some questions unanswered. For instance, it doesn't provide a concrete explanation for how the government is supposed to figure out fair market value for songs. There's also the possibility that if the cost of streaming services rises as a result of the SEA, we may be hindering the progress the music industry has been trying to make with reducing piracy. We still have a long way to go before we figure out a realistic compromise that will take care of songwriters, but at least we're finally getting on the right path by addressing the issue that it's time for songwriters to be paid fairly.

How do you feel about the Songwriter Equity Act? Will it help or hurt the music industry? Join the conversation on Facebook and Twitter.