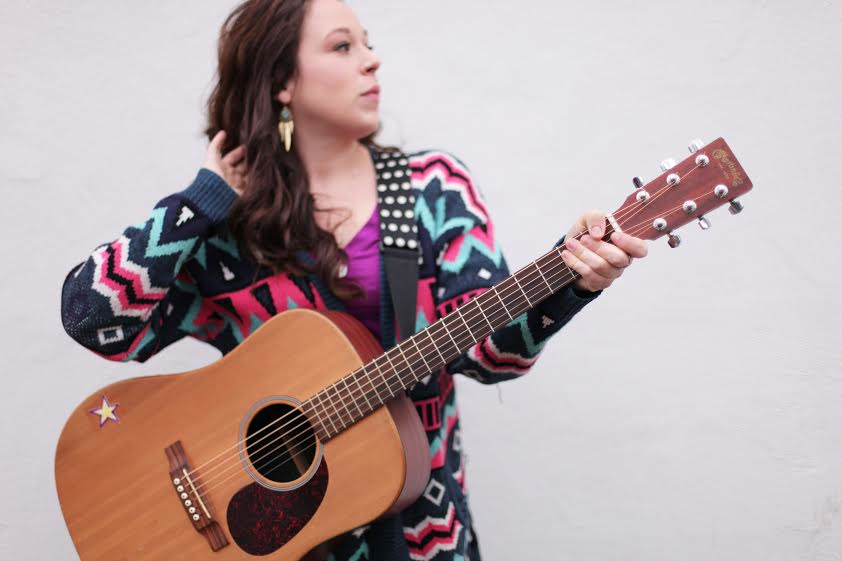 Annalise Emerick has always felt that music was just the thing that she was going to do; it wasn’t a decision. For several years she's rolled out homegrown, successful music videos and tracks, been deeply involved in the indie scene, launched a tour, and played various festivals. She's balanced both the artistic and the financial side of the music business, and credits her spotlight success with festivals and industry knowledge to her involvement with Sonicbids.

“The first few years I started touring I did Cape May, Montauk, Black Potatoe, NXNE, Musikfest, Block Island," she says. "And if I hadn't signed up for Sonicbids, I wouldn't have been able to submit [and get accepted]."

Last February, Emerick landed a show at Cambridge’s Club Passim, an indie-folk milestone. “I opened for Grammy nominated singer/songwriter, Seth Glier, and we sold the place out. Months before, I went to see him and Liz Longley play at TCAN in Natick, MA, and introduced myself after the show. I gave him my record and a few days later he emailed me,” Emerick explains. Glier asked her to open for him after he heard her music, and has worked with him since.

Emerick had already developed a strong following and had plenty of media and press to show for it.

While networking and press is vital, there are always hurdles. Emerick shares some of her greatest hurdles, citing two: balancing the music part and the business part of the music business, plus making the leap to being a full time musician—“AKA leaving my part time jobs and deciding to tour full time in order to support myself with music,” she adds.

Regarding the business, income and taxes can be frustrating, but Emerick has some advice. “Keep good records, save receipts, write down all your earnings/expenses, and then when January comes around, send it off to someone who knows what to do with all of it," she says.

As for the leap of being a full-time musician, Emerick left at the end of March to begin her tour. “I've got 100 shows booked for this summer and fall,” she says. “It's epic and I love it. Now, instead of juggling three jobs, booking a tour and trying to be creative, too… my job is to play a show, wake up in the morning, make sure promo is done for the upcoming shows, book more shows for the months ahead, write new songs, and hopefully entertain some humans along the way.” She adds, “Follow your dreams.”

Having a solid education in music provides a strong foundation for Emerick, who studied music at Belmont University. But she feels that being a musician is more than just a label.

“I want to make music my career. I love the creative side and the business side. So I've organized my life around playing enough gigs to have money coming in to support myself. I've also signed with a licensing company to help me get my songs in films, tv shows, and commercials,” Emerick says. “But I would never limit the term musician to someone who only makes their living doing music. Music is not about that; it's about telling your story and fueling your passion and that's going to be different for everyone.”

And how was Sonicbids instrumental in advancing her career? “When I first released Starry-Eyed in 2011, I had just moved to a new city, had very little experience booking shows, and really had absolutely no idea what I was doing," says Emerick. "Sonicbids was a great tool for me as far as finding shows in New England and getting a few festivals under my belt. I'm also an avid reader of all the blogs and interviews they send out on the newsletter. I love reading about other people who are making it work in the music world. Plus, having the EPK is priceless. So many bookers and promoters ask for it when you reach out to them and Sonicbids gives you a platform to have all of your info right there. One click and the promoter can see all of my info, songs, videos, and calendar.”