The Basic 6-Step Mastering Technique That the Pros Use 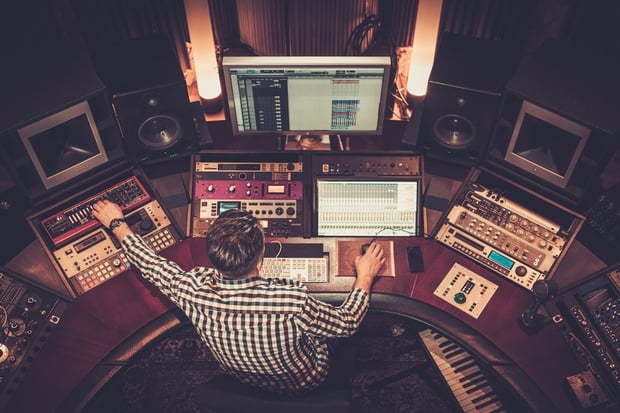 This is an excerpt from The Mastering Engineer's Handbook by Bobby Owsinski. It has been reprinted here with permission.

The actual mechanics of mastering can be broken down into a number of functions, namely maximizing the level of a song or songs, adjusting the frequency balance if necessary, performing any editing, adding fades and spreads, and inserting PQ codes, ISRC codes, and metadata.

What really separates the upper echelon mastering engineers from the rest is the ability to make the music (any kind of music) as big and loud and tonally balanced as possible, but with the taste to know how far to take those operations. The DAW functions, on the other hand, are somewhat mechanical, and although there are tricks involved, they usually don’t get the same amount of attention as the former. We’ll look at all of those techniques in this chapter, but first, let’s look at the basic approach used by most pro mastering engineers.

If you were to ask a number of the best mastering engineers what their general approach to mastering was, you’d get mostly the same answer.

1. Listen to all the tracks

If you’re listening to a collection of tracks, such as an album, the first thing to do is listen to brief durations of each song (10 to 20 seconds should be enough) to find out which sounds are louder than the others, which ones are mixed better, and which ones have better frequency balances. By doing this you can tell which songs sound similar and which ones stick out. Inevitably, you’ll find that unless you’re working on a compilation album where all the songs were done by different production teams, the majority of the songs will have a similar feel to them, and these are the ones to begin with. After you feel pretty good about how these feel, you’ll find it will be easier to get the outliers to sound like the majority than the other way around.

2. Listen to the mix as a whole, instead of hearing the individual parts

3. Find the most important element

On most modern radio-oriented songs, the vocal is the most important element, unless the song is an instrumental. That means that one of your jobs is trying to make sure that the vocal can be distinguished clearly.

4. Have an idea of where you want to go

Before you go twisting parameter controls, try to have an idea of what you’d like the track to sound like when you're finished. Ask yourself the following questions:

Unless you’re extremely confident that you can hear a wide frequency spectrum on your monitors (especially the low end), concentrate on raising the volume instead of EQing. You’ll keep yourself out of trouble that way. If you feel that you must EQ, refer to the section of the EQing later in the chapter.

6. Adjust the song levels so they match

One of the most important jobs in mastering is to take a collection of songs like an album and make sure they each have the same relative level. Remember that you want to be sure that all the songs sound about the same level at their loudest. Do this by listening back and forth to all the songs and making small adjustments in level as necessary.

Over the years, it’s become easier and easier to get a record that’s hotter and hotter in perceived level, mostly because of new digital technology that has resulted in better and more effective limiters. Today’s digital "look ahead" limiters make it easy to set a maximum level (usually at -.1dB FS) and never worry about digital overs and distortion again, but this can come at a great cost in audio quality, depending on the situation.

Too much buss compression or over-limiting either when mixing or mastering results in what’s become known as "hypercompression." Hypercompression is to be avoided at all costs because:

A hypercompressed track has little or no dynamics, leaving it loud but lifeless and unexciting. On a DAW, it’s a constant waveform that fills up the DAW region.

This practice has come under fire since we’ve just about hit the loudness limit thanks to the digital environment that we’re now in. Still, both mixing and mastering engineers try to cram more and more level onto the file only to find that they end up with either a distorted or overcompressed product. While this might be the sound that the producer or artist is looking for, it does violate the mastering engineer’s unwritten code of keeping things as natural sounding as possible while performing his level magic.

"When digital first came out, people knew that every time the light when into the red that you were clipping and that hasn’t changed. We’re all afraid of the 'over' levels, so people started inventing these digital domain compressors where you could just start cranking the level up. I always tell people, 'Thank God these things weren’t invented when the Beatles were around because for sure they would’ve put it on their music and would’ve destroyed its longevity.' I’m totally convinced that overcompression destroys the longevity of a piece. Now when someone’s insisting on hot levels where it’s not really appropriate, I find I can barely make it through the mastering session. I suppose that’s well and good when it’s a single for radio, but when you give that treatment to an entire album’s worth of material, it’s just exhausting. It’s a very unnatural situation. Never in the history of mankind has man listened to such compressed music as we listen to now." - Bob Ludwig

Producer/engineer Bobby Owsinski is one of the best-selling authors in the music industry with 23 books that are now staples in audio recording, music, and music business programs in colleges around the world, including The Mixing Engineer’s Handbook, Social Media Promotion for Musicians, Music 4.0: A Survival Guide for Making Music in the Internet Age, and more. He’s also a contributor to Forbes writing on the new music business, and he’s appeared on CNN and ABC News as a music branding and audio expert. Visit Bobby's music production blog, Music 3.0 music industry blog, Forbes blog, podcast, and website.