The Best Time of Day to Practice Music, According to Science 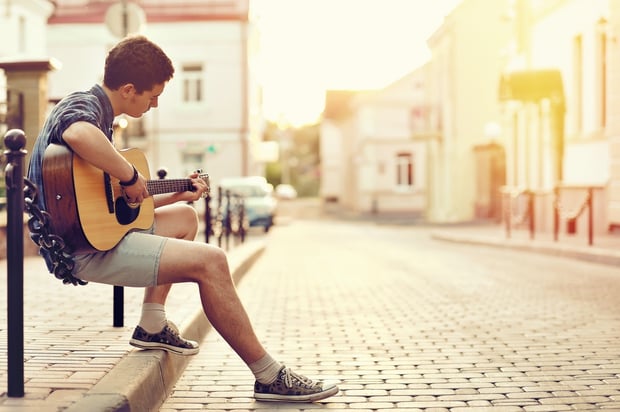 The correlation between time of day and productivity has always been a popular study. However, in the realm of music, there's not much focus on what time to practice, but instead, for how long to practice. Musicians read countless books, sift through interviews, and ask around to find how much time the best artists spend practicing. After all, "practice makes perfect," so they say. It's understandable that some would want to know how much practice it'll take to excel at their instrument.

Practice is a vital part in improving upon any craft, but there are less obvious factors to consider, such as the time of day. To some, four in the afternoon may seem no different than 11 in the morning when it comes to practice, but it does make a difference.

Most musicians would agree that a thoughtful, focused practice session is more effective. The brain can retain more information in this state compared to a mindless, unorganized practice session. Thoughtful practice requires deep concentration so creativity can flow with ease. This doesn't come easy when we lack energy. For that reason, time of day is crucial to how well we perform in practice sessions.

Much to the dismay of teenagers and adults alike, society has determined that mornings are when we're most productive. For this reason, millions of people drag themselves out of bed early to try to accomplish something before heading out into the world.

Many musicians will tell you they get up before dawn in order to sneak in a practice session before work or school. They will themselves out of bed, take out their instrument, and plop in front of some music, only to slowly and mindlessly wade through a sea of scales and exercises. Upon finishing, a false sense of accomplishment takes over, as they feel they've gotten practice out of the way before anything else. But when you think about it, what was really accomplished?

Practicing like that is just going through the motions. Likely, not much attention is being paid towards practice itself. Have you ever "read" a book only to find out that you've spaced out for three pages and need to go back and read again? You were technically reading the words but not retaining any of the vital information. The same could be said for these early morning practice sessions. It's a waste of time to attempt practice when your mind is somewhere else.

Sleep is an important factor in high performance, but it isn't just sleep alone that you should pay attention to. The key to getting the most out of your practice relates to your personal, internal clock. Everyone has a different biological clock, and it'll help to find out your clock's schedule. By pinpointing the times you're most alert, you can take full advantage of productivity and get more done in less time.

Just like there are 24 hours in a day, there are 24 hours involved with our biological clocks. There are various cycles that we go through during this 24-hour period. Alertness, hormone production, body temperature, and more all fluctuate. Perhaps you've heard this referred to as "circadian rhythms." For the most part, these rhythms are pretty solid and predictable. That is, as long as we don't interfere.

Think about those times where you pulled an all-nighter or crossed time zones on a plane. Odds are, they throw you off a little bit, resulting in a feeling of general grogginess. That's why some doctors suggest sticking with the same bedtime and wake-up time every day, as to not disrupt the rhythms.

Whether you already do this or not, surely you've noticed that there are certain times of the day when you're more alert and more tired. The nature of productivity is pinpointing these times when you're more active and alert and using those to practice.

Keeping a journal is a good habit to get into for a variety of functions, and it can also help you maximize your energy. The benefit isn't in journaling itself, per se, but in the organization of the process.

There are two opposing forces at play within your body. You can't easily control high energy and low energy, but you can easily observe them.

As mentioned earlier, everyone has a unique set of circadian rhythms. To understand yours, you need to observe it. To do this, set aside a week where you know nothing particularly crazy will be going on (e.g., late night parties, long trips, etc). Every day, keep a record of some sort of your energy. If you're feeling particularly alert, mark that time in the journal. Alternatively, do the same for when you feel sleepy.

Use a separate chart for each day of the week. At the end of the week, combine the data into one single chart or graph. Hopefully, you've collected enough evidence to see a pattern of sorts. Now that you can see what times of day you're more alert, try practicing during those times and see productivity increase.

An additional benefit to this method is relaxation. During those moments of drowsiness, don't force practice. Instead, relax. Take the time to catch up on other activities, read a book, or go on a walk. You won't feel guilty about not practicing because it would be counterproductive anyway. So feel free to take a nice mid-day nap, and when your next period of alertness comes up, it's back to business.