Guitar 101: Everything You Need to Know About Pickups 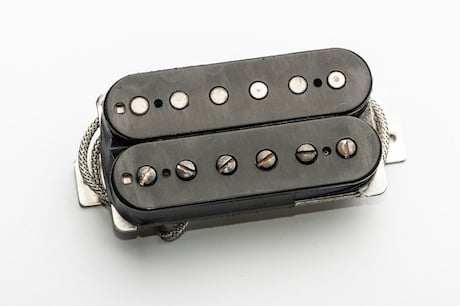 Most guitar pickups look pretty similar: two little rectangles under the strings of your guitar that somehow take the sounds of your strings and send them to an amp. But how do these little machines work, and why does one sound different from another?

How does a pickup work?

Pickups are a magnet, or sometimes many magnets, which are wrapped in as many as 7,000 turns of a fine wire and covered with plastic or metal. Placed in the body of the guitar facing up towards the strings, the magnet emits a magnetic field which the wire sits in, as well as the guitar strings. When the guitar strings are played, their vibration creates a change in the magnetic field, which is sensed by the wire and turned into an electrical signal. This signal is sent by way of the tone and volume filters to the instrument's output. The energy from the vibrating strings creates a disruption of the pickup's magnet's magnetic field and results in the electric guitar's sound.

In addition to the type of pickup, another huge variable to consider with the sound of a pickup is how close the pickup is to the string. A pickup with considerable distance from its strings will have a totally different output than a pickup with strings millimeters away from it. 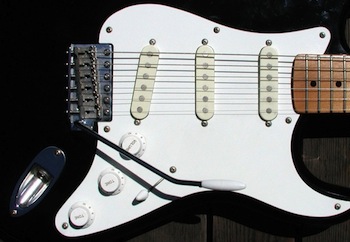 Single-coil pickups are known for their characteristically bright, clear sound. The Telecaster sound, in particular, is desirable for its twinkly tone with almost twangy highs and punchy mids. The Stratocaster sound offers a tone that is not as bright, and as such, is considerably rounder. The Stratocaster sound is also more versatile due to its five-way selector switch. Its sound has become iconic, made famous by guitarists like Jimi Hendrix and Stevie Ray Vaughn for its snappier, punchy tone.

The drawback of typical single-coil pickups is that they can be noisier then other pickup types. Even then, for many guitarists, the bright, crisp definition offered by the single-coil sound is irreplaceable. 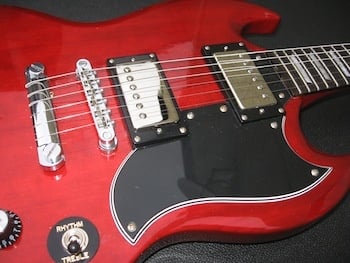 The humbucker pickup was designed by Seth Lover at Gibson and changed the electric guitar sound forever. As the name suggests, these pickups were created to "buck" the humming noise created by electric guitars at high volumes or with large amounts of overdrive applied to them. Humbuckers accomplish this using two single-coil pickups wired in opposite directions, each creating opposite polarity and canceling out each other's white noise when run together. On top of that, these double-coil pickups created a much stronger electrical signal with a big, warm, powerful sound unlike anything previously produced by a single coil.

This was monumental in the world of electric guitars. The humbucker sound began to dominate rock and metal upon its creation. Guitarists could crank their gain and get a huge, powerful signal, thanks to humbucker technology. This sound became synonymous with Gibson, with humbuckers found in all SGs, Les Pauls, and Explorers. 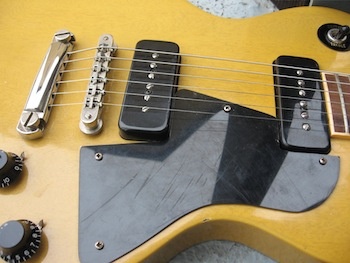 P-90 pickups give a sound that can be described as a hybrid of the single coil and the humbucker. It offers much of the crisp definition of the single coil, but high notes will sound fatter and less brittle. It also isn't as dark and heavy as the humbucker, offering more brightness than its double-coil counterpart. This is because P-90 pickups are single-coil pickups, but they're wider than regular single coils, giving the pickup more string area for it to hear and creating a sound that's not as cutting or flat. The hybrid sound of the P-90 is sought after for its high output and powerful mid-range, great for overdriving or leaving clean for a smooth, almost creamy sound.

P-90 pickups aren't going to do the job that humbuckers or single coils will, but their middle-of-the-road functionality offers a sound that can be extremely practical and can certainly be called an underrated gem in the world of pickups. 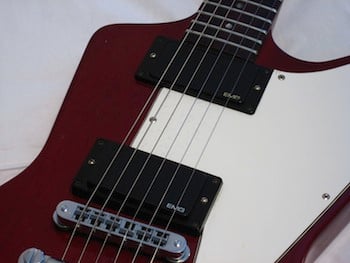 Active pickups are popular today with many guitarists playing heavier styles of music. Active pickups describe a pickup that is supplied with extra power from an external source, typically a battery housed in the guitar. This added energy boosts the pickup signal and provides a sound that is loaded with power, driving the amp to a capacity not previously possible. The drawback, of course, is that the battery needs to be replaced when it dies, but for any guitarist looking for maximum output, an active pickup is the obvious choice.

Now that you know everything about pickups, learn how to upgrade yours!