The Indie Artist’s Guide to Talking Politics on Social Media 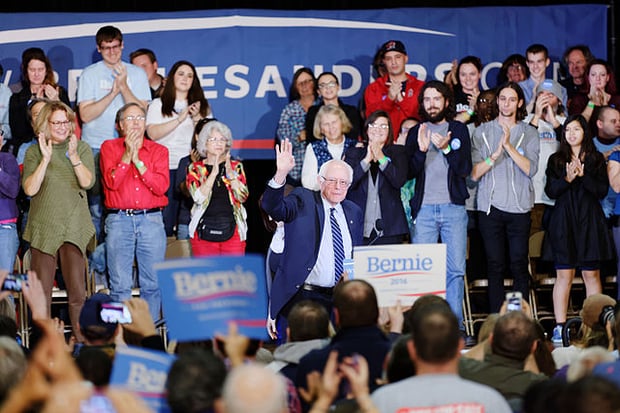 It's an election year, and whether you’re feeling the Bern or you’re down with the GOP, chances are you have an opinion about what’s going on in American politics. The first thing a lot of artists do when they have a strong feeling about something political is hop on social media and let the world know what’s on their minds. Before you send that tweet or post that Facebook status, however, you should think about the best ways to word those posts, and all the potential ramifications your posts may have.

I spoke with 10 indie artists on this subject to get their take on talking politics on social media and, from those conversations, came up with this eight-step guide.

1. Ask yourself if politics are part of your music

Before you dive into talking about politics on social media, ask yourself how often your personal politics influence your work. Singer/songwriter/emcee Lee, for instance, sees the connection in his: “My politics are visible in my music. Music is a way to express who I am and my ideas. Lee the person is Lee the musician/artist. They’re inseparable."

For artists like Lee, one's political beliefs can be a gateway for potential fans to find him or her. Dyalekt, of the hip-hop band Deathrow Tull, notes, "If you publicly support a candidate or weigh in on a law, you will be lumped into a category like 'conscious rapper' or 'anarchist punk.' Fans who divide themselves by those classifications will follow the artists that are avatars of their affiliations. That can be positive, as finding a niche is one of the most important parts of building a career as an artist."

There are also rare occasions when fans will decide for a band that a song is political, as Doobie Duke Sims of hip-rock-soul outfit Shinobi Ninja found out when fans of his band voiced their desire for the song "What If Times" to be used as a political anthem. "They want it to be Bernie Sanders’ campaign theme song," he says, "Sometimes I see that tweet. I don’t mind it."

He doesn’t mind it, but he also doesn’t take it as a sign that he should be talking about politics on social media, noting the one time a band member did so, "a fan wrote back for us to shut up about politics and stick to the music."

2. Make it a band decision

Luke Brown, frontman of the folk-rock band Made of Boxes, agrees online political discussions need to be a band decision. "My band and I have an agreement that we won’t make political statements on our social media," he says. "That’s mostly because there is a disparity of political philosophies within my band, and we don’t want to start a civil war."

Of course, one can still talk politics on a personal social media account, but on band accounts, the entire band needs to be in agreement about what gets sent out.

Emcee and illustrator Adam "Illus" Wallenta points out that social media, while being a great way to spread an opinion, can also lead to confusion, especially when talking about politics. "With modern social media, a lot can be lost in translation," he explains. "Not only can things be taken out of context when tweeting 140 characters, but sarcasm is hard to read, and often it is too easy to react before thinking things through."

The only way to deal with this is to think before you post, and be as clear as possible with your words.

Audrey K, of the pop duo ALKE, notes that how an artist writes a song can play an important role in how he or she words political posts. "When I feel strongly about something, I want to voice that in the most calculated way possible – just like when we’re writing music, and we want it to be fluid and transparent enough for people to want to listen to when they’re going about their day," she says.

Someone doesn’t agree with what you have to say? In normal, everyday life, that may be cause for a heated argument. But as a musician on social media, before anything else, it should elicit a smile.

Lee explains his favorite artists have always challenged him to think. "Marvin Gaye, Curtis Mayfield, Prince, Stevie Wonder, the Rolling Stones, Jane’s Addiction, Public Enemy – I’ve always been encouraged by their voices, and to be certain I’ve not always agreed with their politics, but if we aren’t engaging each other, we aren’t living."

"I’m open to an exchange of ideas," Lee continues. "We aren’t a monolith as people. I’ve had people on the opposite side of the spectrum learn from me, [and] I’ve learned from them. It’s always a good exchange of fact-based and principled ideas, as long as there’s positive growth."

Indie pop-rock artist Logan Lynn loves this aspect of talking about politics and social justice. "I welcome dissent," he says. "I’m not posting about my beliefs with the idea that the world is supposed to agree with me, but more often than not, the people who listen to my music also want to listen to me rant about mental health, recovery, and ending racism and homophobia."

C Bock, of the punk rock band Revolt Revolt, stays away from politics on social media, but agrees with the sentiment of welcoming dissent. "I don’t think my fans have to vote like me," he adds. "I don’t think they have to believe in the same God as me, either. I guess I like to see my fans as fairly open-minded."

No one likes a know-it-all, so ask thoughtful questions of your fans who don’t necessarily share your beliefs. John Pasagiannis of the NYC rock band herMajesty is big on this: "I am more interested in finding out why someone does not agree with my views, and how they arrived at their conclusions, than I am in writing them off. I prefer to stay engaged with others. If I were to respond in an angry, dismissive way, I would run the risk of becoming a certain demagogue."

Audrey K seconds this, saying, "It’s important to ask questions. If people don’t feel as passionately as I do, why not? Knowledge is always power. What can I learn from the opposing view to better state my case?"

6. Be prepared to lose fans

What you say can shrink your fanbase. Singer-songwriter Ryan-O’Neil explains this harsh reality: "Not everyone will agree with your brand of politics. Now, it’s up to each individual artist to decide if politics is a part of their artistic brand. It doesn’t have to be [see number one on this list], but if it is, be prepared for that to alienate fans."

Dyalekt has experienced this firsthand. "Very personal issues can feel like political maneuvering to those who are unaffected by them," he explains. "A person may relate to a song while failing to identify with what motivated me to write it. Being publicly vocal about your motivations may cause you to lose a fan. It happens."

One of the more infamous instances of a band losing fans due to their political ideologies involved the country music group the Dixie Chicks. "A while ago, when the Dixie Chicks voiced their opinion about George Bush, a lot of their right-wing conservative fans were outraged," Audrey K remembers. "It was sad for me, as a fan, to watch this band I loved lose their fans just because of an opinion. I felt like it shouldn’t have made a difference."

She adds that even though these types of incidents happen, "it’s important to have your opinions, and use your platform. If we’re careful and tactful, we can make a huge difference. Follow and learn from the artists that have inspired you, and choose your battles."

7. Recognize that not all followers are fans

While it may be depressing to see your social media numbers take a hit, it’s important to realize that not everyone dropping off of your Twitter follower list was actually a fan. Illus has wondered about those who unfollow, but in the end thinks, "Maybe I alienated a potential fan, but I doubt it. I think my fans are pretty awesome, intelligent people. Most likely I alienated a lurker, or a follower who never actually supported anything I ever did."

For all the potential loss of followers, there’s an equal amount of potential to create some amazing new connections. Dyalekt experienced this late last year. "I got caught up in the Thanksgiving With Black/White Families Twitter ‘war,’ and voiced my opinions about being from a mixed family," he remembers. "It led to e-meeting an artist with a play called Mixed Race Mixtape, and we’ve been collaborating since, helping each other find our shared audience."

Pasagiannis of herMajesty has witnessed political discussions lead to deeper connections with fans. "I am a believer that society as a whole can benefit from the decriminalization of drug use," he explains. "Chemical use issues are a mental health concern, yet society continues to punish drug users, and, in the process, has created a convenient scapegoat out of a group of folks who need love and support to develop more effective ways of managing intense emotions, and solutions to interpersonal challenges. There is a disconnect in commingling spirituality and punitiveness. I posted something about this on Facebook, and was able to make lasting connections with several herMajesty fans."

It’s clear from these eight points that there isn’t anything easy about being political on social media, but as Luke Brown of Made of Boxes notes, "An artist’s job is to take risks, and make statements. Is your statement political? Then roll with it. If people hate you for it, then at least you were being honest with your feelings."