The Musician's Guide to Getting a Better Monitor Mix During Performances 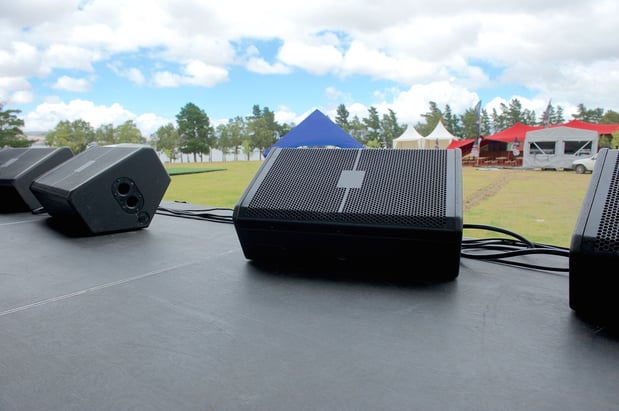 As performing musicians, the importance of having a monitor mix that lets us hear what we need to during a performance cannot be understated. Despite often not being the ones directly in control of this mix, here are a number of things we can do as musicians to ensure we get the mix that we're looking for.

Be aware of your proximity and position relative to your monitors

Whoever's taking care of your sound should be positioning the monitors in their optimal position for you relative to the space, but in the event that there seems to have been an oversight, it never hurts to take the matters of your monitoring into your own hands.

Obviously, if you’re using in-ear monitors, as long as you've inserted them into the two opposing holes on the sides of your head, you’re probably in decent shape to start. With floor wedges, it never hurts to do some due diligence on checking where they’re aiming relative to your position onstage.

The monitor world is one of the few places where it’s encouraged to look down the barrel of the gun. If you’re looking straight into the cone of the speaker from where you’re standing or sitting without craning your head into an unnatural position, you’re probably in a good place.

While low frequencies tend to have a wider spread to them, it’s easiest to think of higher frequencies like laser beams in this particular situation. It’s important to make sure that your head is somewhere in the path of the beam to make sure you’re getting the full picture. There’s no sense in cranking your vocal up to an unmanageable level if turning the monitor 20 degrees would do the same thing.

You also need to make sure that the "laser" isn't heading directly back into your microphone. Get to know your mic’s pickup pattern so that you can utilize it effectively. Cardioid mics should have their respective monitor placed directly to the rear, and hypercardioid/supercardioid mics should actually have any monitor being used with them placed slightly off-axis from the microphone. Vocalists using a handheld mic should be wary of this as well, and get comfortable playing the game of “keep the monitor in the null.”

Soundchecks aren’t only for making sure everything is plugged in properly and routed where it’s needed. I can’t count how many times a band or artist has performed at one volume and then at a completely different volume for the show. This effectively negates having the soundcheck in the first place, and it makes it nearly impossible to maintain the mix you wanted in the monitors.

Choosing songs to play during soundcheck that are representative of your set is also important. Playing things that are completely different than what the rest of your set is like will make having the monitor mix you’re looking for onstage incredibly difficult.

[The 6 Unspoken Rules of Soundchecking]

Listen to your monitor during soundcheck when making requests and decisions

This sounds self-explanatory, but it bears some clarification. I’ve seen it happen fairly often that an artist will soundcheck, be happy with their monitor mix, and then the moment their set kicks off, they insist that the monitor engineer has made some sort of change in their mix or attempted to sabotage them in some way.

This is often the case in venues where soundcheck happens before the audience arrives, and particularly indoors. The front-of-house system can often be heard splashing back onto the stage, and many artists will take this into consideration of what they’re hearing without even knowing it. When they return to the stage to a full room (hopefully), they’re no longer hearing that reflection in the same way from the mains, and are now left wondering why what they’re hearing coming at them up off the floor sounds nothing like their soundcheck.

Ask for what you want clearly and concisely, and be patient in receiving it

Be communicative about what you need. Your sound tech doesn’t get off on withholding it from you, I promise. If you’re at a venue where you have only a FOH engineer doing double duty with the monitors, cut a little slack when it comes to dialing in your monitors. The odds are good that he or she is juggling a number of things in addition to getting your monitor mix dialed in.

If you’re at a venue where you have a dedicated monitor engineer, make sure to communicate your concerns to that person, as his or her sole job is to make sure you're hearing what you need to hear. In-ear monitors, while offering some definite conveniences to all parties involved, are ultimately more time-consuming to set up, so plan accordingly by advancing your show properly.

At the end of the day, taking the time to communicate openly with your sound tech will result in a smoother and better show for all.

[How to be Every Sound Guy's Best Friend]