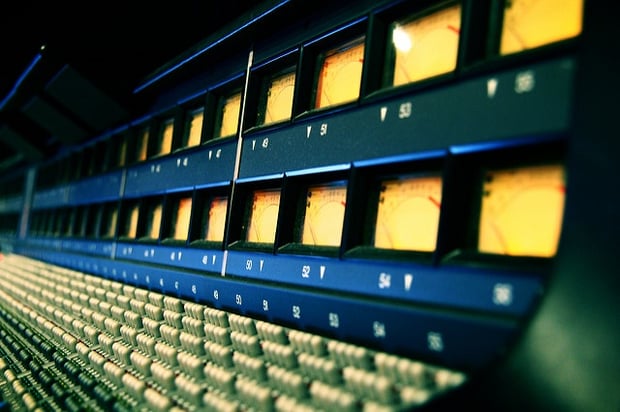 This article originally appeared on The Recording Revolution.

When you think about mixing, where does your mind immediately jump to? EQ? Compression? Or what about delay and reverb? Or perhaps automation, sample rates, conversion, summing, speakers, or acoustic treatment? Mixing is about all of those things, yes. But, ironically, there's an even simpler "tool" at your disposal on every mix that, in reality, most of us just don’t take advantage of: volume.

If you don't get this part right, nothing else matters

Volume? "C’mon, Graham – that’s too basic. Too simple." Simple and basic, yes. But critical to all of your other mixing decisions? You bet it is.

You see, in a typical mix, many home-studio owners will throw up the faders and then start dropping in plugins like they’re getting paid $100 for each one they insert. They’ve heard that EQ, compression, tape saturation, samples, and the like are all the secret to getting a great mix. And to some extent, they would be right.

I preach a message of simple EQ and compression moves as the place where 80 percent of your mix comes from. But this is assuming you get the volume piece right. You see, where you set the initial volume of your tracks will determine far more about your mix's sound than any plugin you insert. This is because the volume balance of track against track is ultimately the most important decision you'll make in a mix.

If you don’t get the volume balance right in your mix, nothing else you do matters. In fact, you’re only backing yourself into a corner that is hard to fight your way out of, even with all the best plugins in the world.

So often I’ll find myself trying to get the bottom end of a bass guitar to sound even bigger. I’ll use EQ, compression, and even distortion to make it happen. And after a while of fiddling and fighting, I’ll discover that if I simply turn off all those plugins and bring up the fader by two DB, my bass sounds bigger. Wow, what a concept.

We used to be called "balance engineers"

It’s funny, but something Joe Gilder and I were discussing on the latest episode of "The Simply Recording Podcast" was the fact that mix engineers used to be called "balance engineers." Literally, their job was to take the three or so tracks available to them (usually they had big old handles or levers instead of faders), and in real time while the band was recording, they would balance the volume of those tracks so the final, one-track (mono) mix was balanced well. Mixing in a nutshell. Wow.

Sure, they might have had an EQ or a limiter somewhere, but at the end of the day, their job (and job title) was clear: create a balance of the microphones in the recording so the final "mix" allows the listener to hear everything well.

And, friend, that's all we are trying to do: create a great balance of all the tracks we recorded so that the final WAV or MP3 (or whatever will be around in the future) sounds, well, balanced!

So how do we take advantage of this knowledge?

I know what you’re thinking – "This is great and all, Graham, but we’re living in the 21st century and modern recording and mixing is a far cry from what it was in the 1950s. How does this all apply to me?"

Well, let me give you three practical applications when it comes to harnessing the power of volume in your next mix:

To hear more about this concept of volume being the most important "tool" at your disposal, check out this episode of "The Simply Recording Podcast" as we discuss the untapped power of volume in a mix.

Graham Cochrane is the founder of The Recording Revolution and a freelance recording and mix engineer living in Tampa, Florida. As a lifelong singer/songwriter and musician, his passion for recording and mixing has grown from the bedroom studio, to university (where he studied audio production), to multi-million dollar studios, to Fortune 500 software companies, and all the while freelancing for artists and bands worldwide.