The Secret to Getting a Killer Mix 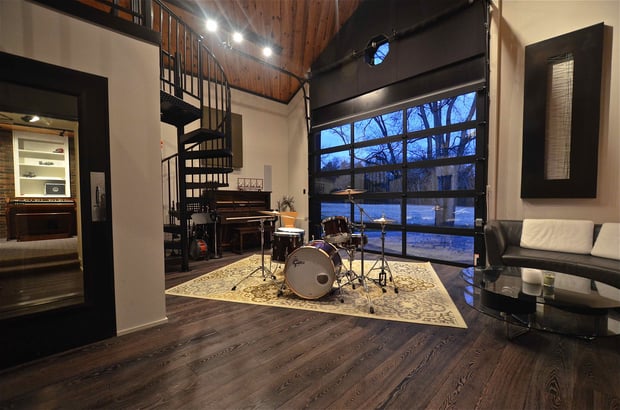 Fly By West Studios, where the author spent an incredible weekend tracking and mixing music. (Image via therecordingrevolution.com)

This article originally appeared on The Recording Revolution.

The secret to getting a killer mix is to not wait until the mix to start. What I mean is that 50 percent or more of your mix will come from your recording decisions (for better or for worse). And yet most of us don't even begin thinking about the mix until mixing day. At that point, it's almost too late.

I just wrapped up teaching this year's Simply Recording Academy in Nashville with my good buddy and fellow Dueling Mixes founder Joe Gilder. We took 10 guys from seven states and three countries and gave them an amazing hands-on recording and mixing workshop with a great live band. As I began talking with each of them after our first day (recording day), I asked them what they thought of it. Their unanimous response? "Recording was cool, but what I really came here for was to learn how to mix!"

It's not surprising that the process of recording took the backseat in their minds. Mixing is glamorized. It's a sexy and sophisticated-looking process. It seems to be where all the audio "magic" happens. And yet after the entire workshop, these students had another very interesting observation about how the mix came together. As one attendee put it, "Mixing seemed so straightforward because we started with really good sounding recordings." Bingo!

Recording never seems as exciting as mixing – and yet recording is precisely where the sound of your mix begins! The more intentional you can be in the recording phase, the better your mix. It’s that simple. Today, I want to give you three quick examples of how that was true during our workshop this weekend. Think of them as three ways you can get a killer mix – before even getting to the mix phase.

1. Tighten up your drum sound

One of the first things we recorded (after a scratch guitar and vocal) was acoustic drums. And although the drums sounded relatively in tune, there was a major issue we heard right away. The toms (both rack and floor) had way too much ring in them. The snare, kick, and cymbals all sounded fine, but the toms coming through the tom mics were simply sustaining for way too long, and it was irritating. The Graham 10 years ago would have said, "We can tighten that up later in the mix." Fortunately, that's not how I think anymore. I want my raw recordings to sound mixed already.

So what did we do? Grabbed some ripped up acoustic foam and taped balls of that stuff to the top of both drums to kill the ring and tighten up the sound. The result was an already “mixed” sounding drum that required literally no plugins in the mix.

[Can You Fix It in the Mix? How to Handle Your Recording Mistakes]

2. Give your vocal that radio-ready air

Our vocalist for the weekend had a great voice and sounded amazing on virtually any microphone we had. But instead of settling for the first one, we grabbed two more to compare. In the end we found a mic that sounded just as good as the other ones, but gave her voice a wonderful lift in the upper frequencies. It gave her that "air" that we're all looking for when polishing up a vocal in the mixing phase. No plugins needed. The result on mixing day was minimal processing on her voice, which meant a more natural sound. Brilliant.

3. Make every moment of your mix pop

I say this a lot, but great mixing is great arranging. What I mean is that a killer mix is one that passes the Radio Mix Test with flying colors. Meaning, it has an arrangement that pulls the listener in and keeps him or her engaged from first note to final outro. It doesn't matter how good your mix sounds sonically if it's relatively boring to listen to musically.

One huge mistake I see young recording and mix engineers make is that they wait until the mixing phase to consider this point. They've already recorded things, but now they have to find a way to make their tracks interesting from start to finish. The better way is to arrange in the recording phase.

We did a lot of this at the workshop. Examples include: adding cello or keyboards only on certain parts of the song to spice them up, tracking vocal harmonies, layering percussion, and doubling a few guitar parts. We were thinking through the song as a listener from start to finish, and added parts where the song felt repetitive or boring. If you do this on recording day, your mix will sound that much more engaging.

The moral of the story, and the big takeaway from this weekend's workshop, is this: don't wait for the mixing phase to start getting a great mix. Recording is more than simply capturing the sounds you need to mix later. It's actually crafting the mix from the start. If you do this with intention, creativity, and musicality, you will have a set of tracks that virtually mixes itself. And that’s the biggest "secret" of them all.

Graham Cochrane is the founder of the The Recording Revolution and a freelance recording and mix engineer living in Tampa, Florida. As a lifelong singer/songwriter and musician, his passion for recording and mixing has grown from the bedroom studio, to university (where he studied audio production), to multi-million dollar studios, to Fortune 500 software companies, and all the while freelancing for artists and bands worldwide.