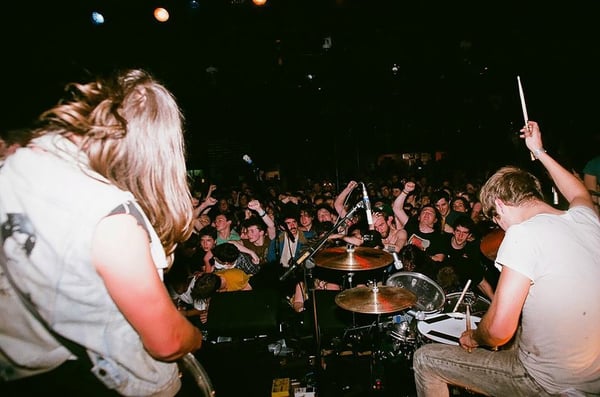 We think this is probably common knowledge for our audience, but just in case: Nashville is far more than country music, and its myriad venues stretch way beyond Music Row. The Grand Ole Opry might be its most famous, but there are tons of other storied stages and new clubs upholding a thriving local independent scene – all of them vital to Music City in their own right. We've highlighted five venues cherished by Nashville bands and artists below. Again, there's a whole boatload more than this – but for anyone new to the city's sprawling scene, this crop is a good place to start.

1. Mercy Lounge (and The High Watt)

This 500-capacity venue, which opened back in 2003, keeps a permanent commitment to its community through weekly locals-only event, 8 Off 8th, in which bands and artists are selected to play by a rotating cast of Nashville players. Not only is the showcase long standing and well attended, but also it could be a gateway to the Mercy Lounge's 1,000-capacity big-brother venue, the Cannery Ballrom. Both are housed in the huge, historic Cannery Building – the former on the second floor, the latter on the first. Either is a blessing to book, though. Famed musicians like Lenny Kravitz, Iggy Pop, Jimmy Cliff, and Gregg Allman are among the many who performed there in its earlier days, and the Cannery's hosted a slew of more recently formed high-profile outfits like the Black Keys, Beach House, Bloc Party, Girl Talk, Alabama Shakes, Adele, Aesop Rock, Avett Brothers, and Animal Collective.

In 2012, they opened a third venue within the venue: the High Watt, a smaller, more intimate room with a decidedly tucked-away entrance in the back of the building. 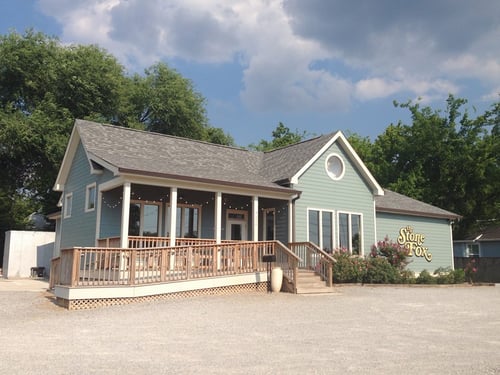 From the outside, the Stone Fox could be confused for a humble Southern restaurant housed in what was once a family's cozy abode. By day, there's grub for sale – some of it even down-home inspired, like a hashbrown casserole or pineapple chicken salad sandwich. The real attraction here, however, is rock 'n' roll. Opened in 2012 by sibling artists Elise and William Tyler, the West Nashville spot has fast become a go-to for both local and touring punk and garage acts especially. They're not pigeonholing themselves, though. Country also gets a spotlight with their recurring Sunday shindig, and they've been known to showcase reggae, dub, soul, and other styles of music as well. 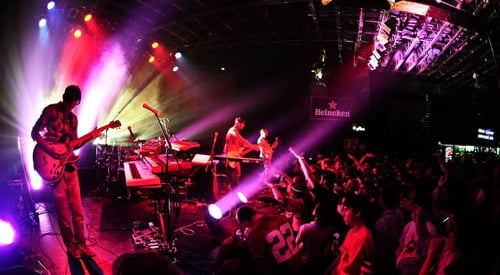 Easily the most historic on the list, the Exit/In has functioned as a venue since 1971 and has hosted the likes of the Ramones, the B-52's, Hank Williams Jr., R.E.M., Talking Heads, Muddy Waters, and Johnny Cash, among many, many others. These days, it's home to contemporary bands and artists of the same caliber and variety: the Growlers, Black Lips, Andrew W.K., Tech N9ne, and Toro y Moi have all graced the stage in months past. That said, this one's beloved by locals for the opening-act opportunities it provides. The Exit/In is a boon for any Nashville player looking for a sizable break. 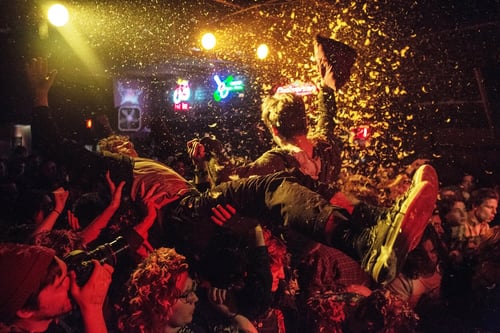 It's a weighty claim, but the End is pretty justified in announcing proudly that it's been Nashville's premier indie music venue for the last 30 years. It's part of the Elliston Place Rock Block, situated across from big-sister venue Exit/In, which predates the End. Still, for decades it's held its own as a fittingly gritty nook for rock 'n' roll, punk, and garage. (The White Stripes played their first Nashville show there, if that tells you anything.) 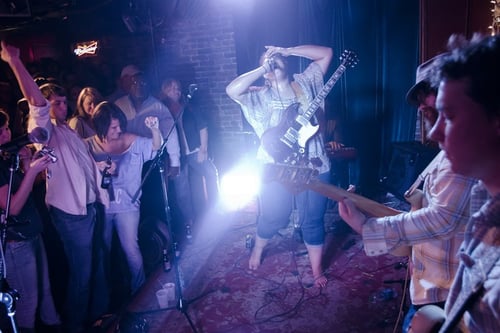 Alabama Shakes at the Basement in 2011. (Image nashvillescene.com)

Folk and country have a stronghold on the calendar at the Basement, but occasionally other styles – indie pop, rock 'n' roll, etc. – slip into the mix. Regardless of genre, though, the tradition of masterful playing, pitch-perfect vocals, and compelling songwriting is very much alive at the Basement in visits from groups with sturdy followings as well as burgeoning locals picked to perform at New Faces Nite each Tuesday.

The Basement practically sits on holy ground – it's located beneath Grimey's, commonly referred to as the city's first and foremost record store, and is run by owner the owner himself, Mike Grimes, and business partner Dave Brown. Earlier this year, they opened a second, bigger location: the Basement East, located on Woodland Street. So far, booking leans a bit more toward rock 'n' roll. Whatever they're doing, people seem to like it. Not long after opening, it was voted Best New Club of 2015 by Nashville Scene.

Click here to start booking gigs in Nashville, or keep learning more about the local scene: