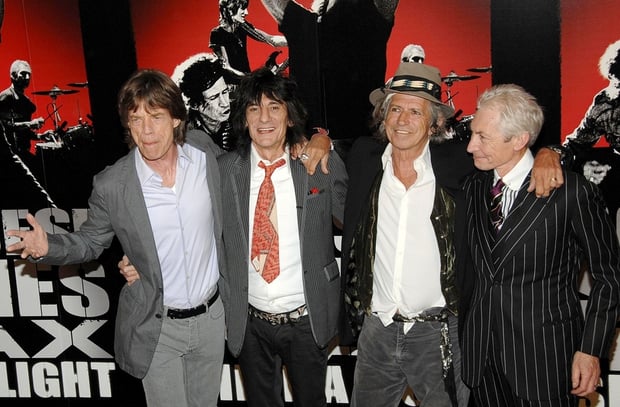 Photo by Everett Collection via Shutterstock

Most of the hits of the last five years came from artists nobody had ever heard of until they broke through. Thanks to catchy songwriting, commanding performances, and the support of corporate investors, new artists break through every year.

These artists have all of that and more – and show us just how much money there still is in the music business. These numbers are fresh from Billboard's annual top-earners list, and they’re astonishing. Here are some of the top-grossing artists by genre.

This is no surprise. She’s ubiquitous. If you have children under 18, they know at least six of her tunes by heart. She also has an instantly recognizable look… and she spent 2015 touring relentlessly. Her live receipts of more than $62 million provided the bulk of her astonishing total income of $73 million. She also received more than $4 million from licensing, as her songs made commercial appearances and were covered by other artists.

Another road warrior, Chesney’s huge concert receipts of $38 million dwarfed the $1.5 million he made elsewhere with sales, streaming, and publishing. Without live shows, he’d just be a millionaire. Chesney’s fans love him enough to pay an average of $80 per head to see him (Taylor Swift averages even more, at $111). Imagine 200 huge venues a year times 10,000 screaming fans times $80 per ticket, and that’s $30 million.

Should rock musicians be disheartened that the top rock act is one our grandparents saw live in 1970? Or should we be glad that people are still listening to music with live instruments? Long one of the top-grossing rock acts, the Stones were the third best-selling musical act of 2015, bringing in just under $40 million. They earned half a million in publishing with their extensive back catalog, but like many of the other acts on this list, most of their money came from their shows.

Nothing stops these guys, not even death. Without the band's founding members, Dead and Co. jam on, bringing in $22 million, nearly all of it from show receipts. This is no surprise for an act whose culture has always been about bootleg swapping and the culture of their shows.

That Adele was only number nine might surprise you. However, her total earnings of $20 million are extraordinary because her money came from sales (more than $16 million) and publishing ($3.7 million). The songstress doubled Taylor Swift’s sales and declined to tour this past year, making her the lone act in the top 10 to stay off the road.

While rap once appeared to be obscuring other genres of music and dominating the charts, we had to dive all the way down the list to #32 to find a pure hip-hop artist (although many others in the top 40 have a heavy rap influence; rap is everywhere). But he had a lot to celebrate: he was the number-one streaming artist with nearly three billion plays. Streaming revenue and an impressive $4 million in sales gave him a total income of more than $7 million.