Tutorial: How to Make Pitch Correction Sound Natural With Melodyne 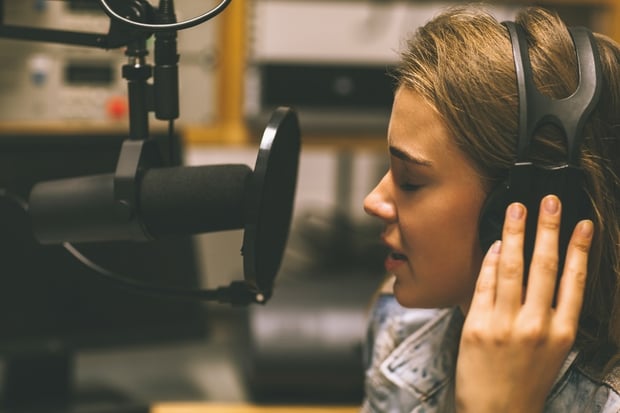 Melodyne is a very powerful tool, but the first few times people use it, they tend to overdo it. The art of Melodyning is to be as subtle as you can while still keeping to the standard of the industry you're catering to. If you're doing an EDM or pop vocal, you have to be a little stronger in your tuning, but if you're doing a more organic song, you can lay back and only work on the most apparent mistakes.

For this article, I unvaulted a demo recording I did about two years ago for a pop/dance pitch. As you can hear, I’m pretty much in tune, but there are certain parts that feel off: 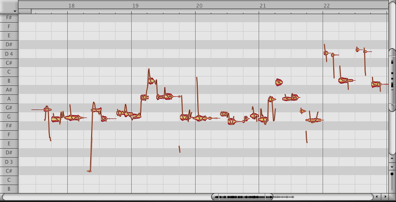 The healthiest way of tuning these vocals is using the pitch tool to drag the pitches to the right note. Usually, you don’t have to move the pitches more than half a note, tops. You can also double-click on the pitches for the same action. Make sure the pitches don’t jump to the wrong note, and use pitch drift to straighten out long notes that are drifting off the note. 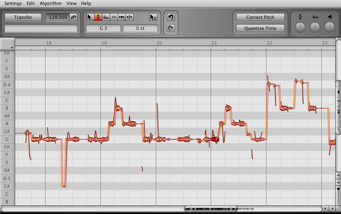 Here I’ve done a quick tuning of this sentence. In all, it took me exactly 30 seconds. Double-clicking on the pitches really speeds up the process, and knowing the melody and where the pitches are supposed to be makes it even faster. Again, only use the pitch tool to drag the pitch to the right note, and the pitch drift tool to even out slagging pitches. 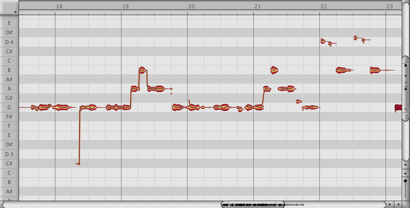 Let’s focus in a little more into a smaller segment. I exaggerated the wrong notes here so it’s easier to hear. 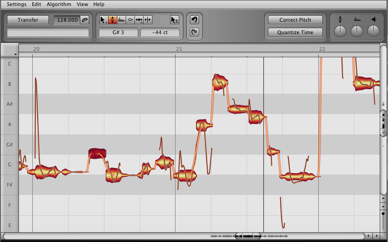 If you have pitches that are more off key, you have to separate the consonants from the vowels before you move them. This means clipping off all the T, S, and F sounds from the notes. Since these consonants don't have a note to them, moving them will mess up Melodyne, and you’ll get some trippy artifacts that are distinctly unnatural to your ears.

Use the separation tool to clip all these consonants from your pitches before you start moving the pitches around. 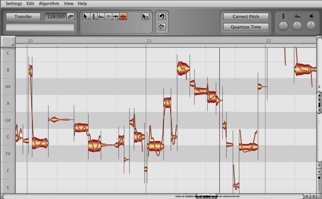 Now that we’ve done all that, the segment is all back in tune. Again, separating the consonants from the vowels seems like a useless move, but it's really important to make the S, T, and F sounds really natural. The human ear is very keen and will pick up on anything unnatural sounding. 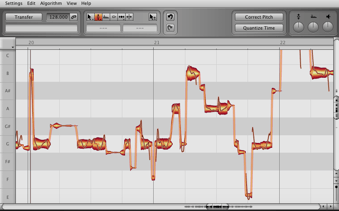 All screencaps by Benjamin Samama.